Jesus Experienced What The Least Of Us Experience July 18, 2019 Henry Karlson

Jesus, in his preaching, indicated that the way we treat others, especially the most vulnerable among us, the “least of these,” is how we treat him (cf. Matt 25:40). Such words were not mere metaphors. They represent something about Jesus himself and the life he came to live. The one who is, was, and ever shall be God emptied himself to become the least among us. [1] He was wounded for our transgressions because it was our transgressions which wound and hurt the poor and needy, the poor and needy in which we find Jesus.

Jesus experienced what the least of us experience. From his birth, he and his family were persecuted. He had to flee to Egypt as a refugee, only to find that he and his family were not wanted in Egypt (according to Coptic history and records of the places the Holy Family went to while in Egypt, the Holy Family was constantly on in the move in Egypt as authorities and many of the ordinary people of Egypt sought to do them harm). Jesus experienced what refugees experienced, but we remember, he chose this form of life to be his own. As God, he incarnated himself into the situation in which he could and would experience this, showing his firm commitment and solidarity with those suffering from such desperation that they would flee their homeland, willing to go anywhere else they feel they could find some form of safety, even if the people where they go to show them little to no hospitality.

Jesus experienced what the least of us experience, as he became a homeless wanderer with no place to rest his head (cf. Matt. 8:20; Lk. 9:58). He let the world do its worst to him so that he could truly show in his person the evils which the poor and neglected face. He was their spokesperson, and it was in part as their spokesperson that he was hated by many of the authorities, just like those who speak for and work for the poor are often hated by those who claim to support law and order today.

“Just obey the law,” some say to the poor and vulnerable who would die if they merely obeyed the dictates of those who couldn’t care less about them. The law stands against them, and so they stand against the law. The law when it is unjust, when it is no longer working for all the people, but for the elite, must be dismantled; the law should be for humanity, not humanity for the law. Those who look to the law as the source of their morality can only be moral relativists as the law changes. Would those who tell refugees to “obey the law” (even if they are obeying the law and those who represent law enforcement agencies are not) obey the law if there was a “one child” policy in place demanding couples to abort anytime a woman gets pregnant after giving birth to one child? Jesus tells us to be concerned with humanity over the law, to look for and promote human dignity, to truly care for the least of these. The preferential option for the poor is straight out of Scripture, straight out of Jesus’ mouth.

Jesus emptied himself of all glory, and became the least among us, so as to redirect our hearts, to realize that the least among us should be the first among our concerns. If we center ourselves on him, we center ourselves on the least among us, for he is right there with them. If we disregard them, if we abuse them, if we mistreat them, Jesus is there with them on the cross, being crucified by us in our hostility or indifference. When we look to a foreigner and demand them to “speak English,” we thrust another spear into the side of Christ, who himself did not speak English.[2]

Jesus truly experienced what the least of us experienced; his confrontation with the powers that be, like many community organizers, led the powers that be to desire his destruction and death, with a willingness to impute upon him all kinds of criminal actions which he did not do as justification for their treatment of him and his disciples. Like police who lie in order to justify their abuse of private citizens, so the authorities made up stories and justifications for Jesus’ death.

Jesus emptied himself and became the least among us. In case we did not get it, in case we did not understand the solidarity he took with the poor and vulnerable, he told many parables in which the poor and needy were the focus, He literally told us that they were his concern, that in and through him, we find the fulfillment of the Jubilee Year.  The author of the book of James understood this, and so he said: “Let the lowly brother boast in his exaltation, and the rich in his humiliation, because like the flower of the grass he will pass away” (Jas. 1:9-10 RSV).

In becoming man, Jesus did not become just any man, but a man of the people. While some might say his family situation was not exactly one with the poorest of the poor, that he was raised by Joseph who was a carpenter, Jesus’ ministry did take him away from the luxury of that background and he cast all his wealth away and entered into the desert to prepare himself for his ministry. From there, we do not hear him of owning a home, of having a place of his own, of any wealth – he appeared to live as a wandering sage, a man without means of his own, so that he truly could fulfill his mission as being one of the lowly so that the lowly can find themselves exalted and those who thought they were rich and powerful and full of glory can find themselves overcome.

Jesus tells us how we treat the least among us is how we treat him. His life and death brought him into solidarity the poor and dispossessed, with the outcasts of society. He became one of them. The pain and suffering they felt is the pain and suffering he felt. The deep psychological wounds they have received as a result of being rejected by society he also felt. But all of this was taken on by Jesus so that he can transform them. As he took on death to conquer death, so he took on the state of the dispossessed in order to transfigure them, to elevate them and raise them up.

Why, then, do so many Christians think nothing of mistreating the poor and needy, of throwing out the refugee, of placing undue burdens on those whose life is burden enough and still call themselves Christian? Do they really Jesus? Would they do what they do if they understood that it was being done to Jesus? Would they lock Jesus up in a detention center, in a concentration camp, taking him away from Mary and Joseph, if they came to the United States as refugees? Would they spit upon him and mock him for not speaking English? But we must ask these questions, not only about others, but about ourselves. Would we do this? If we would do it to anyone, then the answer must be yes, we would, for Jesus said that is exactly what we do when we treat anyone in need with such injustice.

[1] “Have this mind among yourselves, which was in Christ Jesus, who, though he was in the form of God, did not count equality with God a thing to be grasped, but emptied himself, taking the form of a servant, being born in the likeness of men. And being found in human form he humbled himself and became obedient unto death, even death on a cross”  (Philip. 2:5-8 RSV).

[2] Demanding people to speak only English easily leads to all kinds of racism. Those who do not speak English are treated as low-life “barbarians” who deserve what they get for not taking the time and effort to learn English. Likewise, it becomes the means of supporting the kind of ignorance necessary to promote hate for the other. Those who think and speak and react only in English are more likely to disrespect people of other cultures, to misrepresent them and their beliefs. Those who say “Allah is Satan” can do so because of their willful ignorance of Arabic, an ignorance which they then use to promote Islamophobia and abuse of all Arab-speaking immigrants. 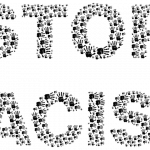 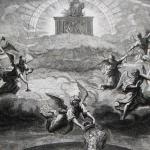 July 21, 2019 Equivocation and Eschatology
Recent Comments
0 | Leave a Comment
"A very sad and deplorable form of ideology that denies the human person - the ..."
Greg Logan God Became Man Without A Human ..."
"Basis for lenten fasting??? Ok. Jesus fasted 40 days in the desert. My question is ..."
BEN The Beginning of the Great Fast ..."
"Thank you for pointing out the typo -- and yes, obviously it was, and it ..."
Henry Karlson We Must Not Be Traffickers Of ..."
"I thought this might be an informative commentary on what are held by some to ..."
Rafi Simonton We Must Not Be Traffickers Of ..."
Browse Our Archives
get the latest from
A Little Bit of Nothing
Sign up for our newsletter
POPULAR AT PATHEOS Catholic
1 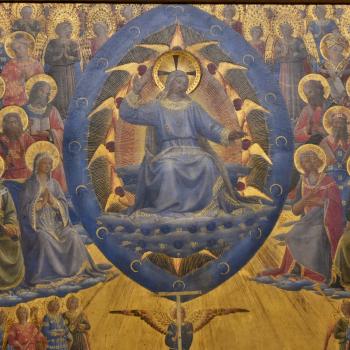 Catholic
The Last Judgment, The Judgment of Love
A Little Bit of Nothing

Catholic
The Witness Of Dr. Martin Luther King Jr.
A Little Bit of Nothing
TRENDING AT PATHEOS Catholic