When St. John the Baptist was fulfilling his ministry, calling the people of Israel to repentance, his popularity led many of the Pharisees and Sadducees, looking out for themselves, to seek John and be baptized by him for the sake of appearances. John knew what they were doing, and he spoke out: “But when he saw many of the Pharisees and Sadducees coming for baptism, he said to them, ‘You brood of vipers! Who warned you to flee from the wrath to come? Bear fruit that befits repentance’” (Matt. 3:7-8 RSV).

John didn’t entirely dissuade those who came to him under some false pretense from being baptized, but he did warn them, if they came to him, if they wanted to be baptized and receive any benefit from it, they must change their ways. That is, as his baptism was for repentance, those who wanted to receive it were called to act in justice, seeking no longer their own personal glory but rather the good of all. John called out the charlatans, giving them a chance to change their ways, to do what was right. Some probably heard John’s call and repented. Others certainly did not. Many found John to be a challenge to them and their authority. They wanted all the honors of religion, all the earthly glory, and so they did everything for show, while their hearts were far from the faith. They knew they could not openly reject the ministry of John, and so they pretended to join in, but they remained as they were, and did not benefit from what John offered them.

The challenge of John the Baptist remains with us in every generation. There are many who pick up the mantle of religious faith and use it to exploit others. They pretend religious faith hoping to gain accolades. They can put up a good show with words, but their deeds always demonstrate that they are a brood of vipers who do no works of penance, no works of charity and justice, which demonstrates a living faith.

St. Salvian the Presbyter in the 5th century saw the reality of this. Once the Christian faith became the official faith of the empire, many people became Christian, even priests, not out of true devotion to God, but because of the earthly glories they thought they could gain from it. He wrote harshly of how the name of Christian had been defiled (especially by the rich):

Therefore, for this very reason, Christians are worse because they should be better. They do not practice what they preach, and they struggle against the faith by their morals. All the more blameworthy is evil which the label of goodness accuses, and the holy name Is the crime of an unholy man. [1]

Priests, likewise, could be and were a great cause of scandal. St. Isidore of Seville, coming a little more than a century later, understood this, and so he wrote:

Many leaders of the churches, fearing that they will lose the friendship and incur the hostility of those who hate them, do not correct those who sin, and they are afraid to rebuke those who oppress the poor; nor are they afraid of the severity of the retribution that will be handed out to them, due to the fact that they have been silent about the common people entrusted to their care.[2]

When the poor are oppressed by their rulers, good priests [bishops] – in order to deliver them from this – offer them the help of their protection and they do not fear the hostility of any of their enemies. Rather, they openly confront the oppressors of the poor, they reproach them, they excommunicate them, and they have little fear of their plots to harm them even if they are able to harm them: “The good shepherd lays down his life for the sheep” (John 10:11). [3]

Today, we see the same problems as in the ages of Salvian and Isidore. There are many good priests and bishops who do speak out for the poor and needy, for the oppressed migrants and refugees, demonstrating the fruit of the Christian faith. But there are many more who are utterly silent, or worse, who defend the atrocities before them, finding ways to denigrate charity. They enjoy friendships with the elite, and have more interest in furthering their so-called ministry through the aid of the rich and powerful that they will do and say what supports their benefactors instead of Christ and the people Christ said to defend. They will attack those who promote the teachings of the faith under the mantle of the faith, trying to undermine the church’s call to social justice from within. “Who gives help to the distressed and those that labor, when even the Lord’s priests do not resist the violence of wicked men?”[4] Salvian’s words, once again, are right on target:

Either most of them are silent or, even though they speak, they are like those who are silent, and many do this not from lack of resolution, but, as they think, with considered discretion. They are unwilling to mention the manifest truth because the ears of wicked men cannot bear it. They not only flee from the truth, but they hate and curse it and in no way revere or fear it. When they hear it, they also condemn it in the hostility of their prideful stubbornness. Therefore, even they who speak are silent while, in the meantime, they spare those very evil men. Nor do they wish to publish openly the force of truth to them, lest they make them worse by the truth repeated more pointedly.[5]

The words of John the Baptist should penetrate all of us. Why do we come to the faith? What do we seek? Why do we show ourselves in front of others to be Christian? How do we show it? Do we offer fruit which befits repentance? Do we honor God in words alone, or do we do so in deed? Do we respect the poor and oppressed, following the dictates of true religion, or do we show deference to the rich and powerful, exploiting religion for the sake of personal gain?

August 28, 2019
The Beheading of John the Baptist
Next Post 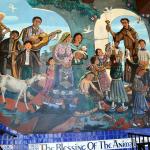 September 2, 2019 All Creation Praises God
Recent Comments
0 | Leave a Comment
"The reference to the Incarnation of Christ and the Immaculate Conception of the Blessed Virgin ..."
Fred Barr Abortion, Ensoulment, And Prudence
""When a unique, personal human life begins, is not something easy to discern; indeed, the ..."
Ame Abortion, Ensoulment, And Prudence
"Sheesh!"
Tom Hanson Congress Is Right To Investigate UFOs ..."
"A very powerful and insightful analysis on behalf of the value and importance of doctrinal ..."
alwayspuzzled The Holy Spirit, The Samaritan Woman, ..."
Browse Our Archives
Related posts from A Little Bit of Nothing 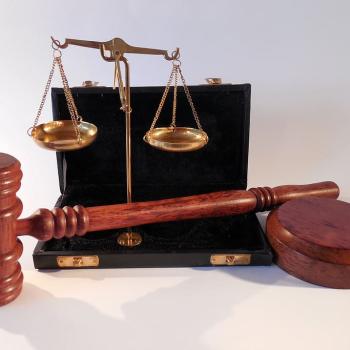 Catholic
Not All Evil Should Be Prohibited By Positive...
A Little Bit of Nothing 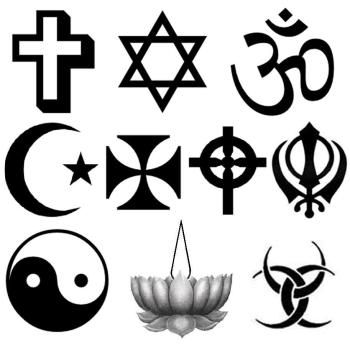 Catholic
We Cannot Accept The Abuse Of Religious Liberty...
A Little Bit of Nothing 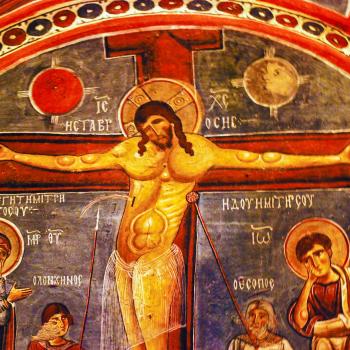