Climate Change And The Trump Administration’s Preparations For the Future

Climate Change And The Trump Administration’s Preparations For the Future September 10, 2019 Henry Karlson

Among the many dire predictions concerning the effects of climate change is that the changes in the environment will hinder the production of food and other necessities, leading to violence around the globe. That is, those who are poor and deprived will more likely seek new places to live, seek places where they can find food and shelter, but those who still possess some quantity of each will look down upon and with much cruelty turn back those who are in need. Thus, the 2014 Intergovernmental Panel on Climate Change (IPCC) warned us as to what we should expect, as Michael Klare reported:

Economies are going to suffer when key commodities—crops, timber, fish, livestock—grow scarcer, are destroyed, or fail. Societies will begin to buckle under the strain of economic decline and massive refugee flows. Armed conflict may not be the most immediate consequence of these developments, the IPCC notes, but combine the effects of climate change with already existing poverty, hunger, resource scarcity, incompetent and corrupt governance, and ethnic, religious, or national resentments, and you’re likely to end up with bitter conflicts over access to food, water, land, and other necessities of life.[1]

The Pentagon, in its own research, agreed, as Jonathan Tirone explained: “The most comprehensive study done to assess the link between climate change, war and migration has confirmed that the warming planet is fueling conflicts that lead to more refugees.”[2]

Through the last few years, we have seen this happen. Terrible weather patterns are emerging, causing worse and worse storms, such as we find with Hurricane Dorian. The devastation of the hurricane over the Bahamas is beyond compare: as some have indicated, what is left in its wake is similar to what one finds in a war zone. Many have fled for their lives, seeking aid in the United States, which of course, is what those in power in the United States fear, because they know that this is only the beginning; as the effects of climate change continue to prove that the worst fears of climate change scientists are right, we must begin to consider whether or not we have gone beyond the stage of trying to stop climate change and to the stage of finding out how to deal with it.[3]

Perhaps this explains the terrible policies and actions we see coming from Donald Trump and his administration. While, officially, they might denounce climate change, and seek to control what the public knows, even demanding scientists to conform to what Trump says about the weather, they likely fear what is to happen in the future when the effects of climate change are undeniable. The United States will have to deal with the fact that many refugees will be looking to the United States as a potential place of safety. The crisis at the border now, which is mostly a crisis made by the administration itself, is nothing in comparison to what is going to happen in the near future, and the inhumane border wall could be seen as a preemptive response to future migrations. Likewise, the way Trump encourages disrespect for refugees, such as the way he derided those coming from the Bahamas in the wake of Dorian, is itself the beginning of the rhetoric one would expect to demonize the opposition in a global war for the resources of the earth.

The United States is changing its ways in dealing with environmental disasters. We saw this with the way the Trump Administration treated Puerto Rico in the wake of Maria.  Trump has encouraged the worst fears of his base, their xenophobia, to encourage seeing anyone coming from outside as potential enemies, as someone to fear and shun. This is what he has taken from the alt-right: a nationalism and racism which divides humanity and sees some as worthy of respect and others worthy of destruction. This is the rhetoric which energizes war, and when it is not rejected, it should not surprise us that we will see mobilization to war as a possibility as climate change continues to devastate the earth. Survival will be seen, not in the way humans come together to work out their problems, but in a Darwinian sense of survival, where survival of the fittest means doing whatever it takes to survive, whether or not what is done is good or just. St. Salvian saw a similar way of thought back in his day: “To this state of affairs, indeed, to this crime has the world come that, unless one is bad, he cannot be safe.”[4]

With the Trump Administration in power, those who speak out and demand justice are derided. “An unjust man is an abomination to the righteous, but he whose way is straight is an abomination to the wicked” (Prov. 29:27 RSV). The wicked, those who are selfish, who seek only their own pleasure, see those who demand justice as an abomination because justice impedes their attempt to fulfill their inordinate, insatiable desires, while those who know justice, those who demand the common good to be kept, see how such selfishness destroys and harms all, even those who think they prosper due to whatever immediate gains they see as a result of their unjust policies.

Christians are called to be stewards of the earth.  When they fail, when they give in to the culture of selfishness and greed, they give in to violence and death. They will suffer the consequences of their own injustices, and indeed, because they have been told to act otherwise, and should know better, they will have far more guilt on their shoulders than non-Christians. This is especially true in regards to their treatment of refugees. Jesus made it clear, we will be judged based upon how we treat the poor and needy, as Salvian once told his readers:

Not only will we be judged based upon how we deal with the poor and needy, but also, we will be judged based upon our social interactions which have helped cause people to needlessly become poor and needy. When we destroy the environment, when we devastate the world around us, we are responsible for the people who suffer the most from our activities. This is, we have not just one, but two reasons why we must take in the poor and needy of the world, and deal with them in justice. We have helped cause the situation which has made them needy, and we have with them people who represent Christ, coming to us, asking for food, shelter, and clothing. The more we turn them away, the more we denigrate them, the more we justify our inhumane treatment to them, the more we attack Christ and find ourselves followers of the spirit of the anti-Christ.

The world is changing. Humans have hurt the environment. Climate change denial will become less and less in the future, and in its place, we have the potential of two different responses. One, the one which needs to be done, is for humanity to come together, to work together, and finally deal with the existential crisis which lies before us. The other is all-out war, as the peoples of the earth fight each other for dwindling resources. Trump, and his followers, seem to be preparing for the second. If at all possible, we must put a stop to that before it is too late.

[3] To be sure, if we can negatively affect the climate, even if it has taken decades to cause exceptional harm to the environment, it is possible we can change our course, and find solutions which will reverse climate change, but those will likely take decades before we see the changes take effect. If we are to survive this, we must now consider what it means to live with global warming, and to prepare to do whatever it takes, not only for our survival as a species, but for the survival of the whole biosphere and the diversity of life living on it. 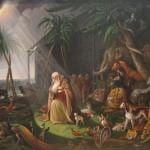 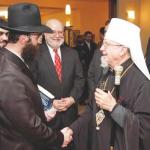 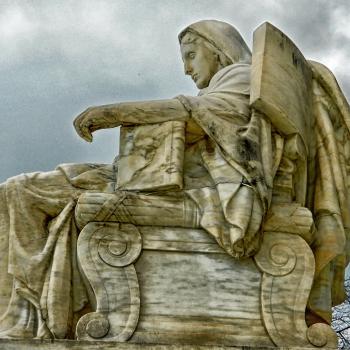 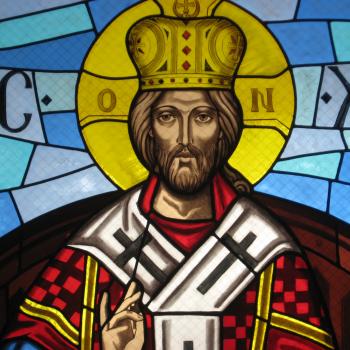