Horror, Halloween and the Gospel

In art, either as creators or participants, we are helped to remember some of the glorious things we have forgotten, and some of the terrible things we are asked to endure, we who are children of God by adoption and grace. — Madeleine L’Engle [1]

The Gospel is the story of the Logos, the Word made flesh. As the Word is the Word from which all other words flow, so the Story is the story from which all other stories flow. In it and through it are many side-stories which can be told, stories which connect to the one universal Story which have their own particular sub-meaning and content. These secondary stories are worthy of our own consideration because they are infused with and come from the Story; they present in various forms aspects of that Story which are needed at particular times and places. The Story reveals itself in these sub-stories, reaching down and meeting people in the complete variety of human activity and experience.

Some of these stories are comedies. Jesus himself, in his parables, demonstrates a sense of humor. Nothing defiles us than what comes out of us, indeed! The double-meaning is there, for those who have an ear and are willing to listen to it can laugh. Through such laughter much of the horror of rigorism is exposed and overcome.

Some of these stories are tragedies. In the New Testament, we can read of the mass slaughter of children. We can encounter stories of poor men and women suffering through their lives, dying without anyone showing them human love and compassion.

Some of the stories can be classified as horror, such as the stories of possession found throughout the Gospels. We need to be presented with the horror because it exists in the world. We need to realize that horror is often tragic, but even if it is not, it is difficult to overcome. There is no greater horror story than the death of Jesus and his descent into hell; there is no greater representation of the victory possible over such horror than Jesus’ resurrection. Horror is a part of the Gospel. Dark forces have their voice, even if they don’t have the last say. It is, after all, a necessary part of the story, because of sin and what sin has done to the world. We suffer from the effects of evil actions; we have to be shown what they can do but also that we can endure them and even overcome.

Dorothy Sayers, talking about artists of all kinds (including literary ones), pointed out that we need to recognize evil and have it within our stories if we want to be authentic to life: “The human maker, living and walking within a universe where Evil (whatever it is) is a part of the nature of things, is obliged to take both Good and Evil as part of his Idea. They are the medium with which he works.” [3] Horror grasps after that evil and seeks to present it. It shows us it is real, that it is powerful, and yet, that it is not omnipotent. It is in this light that horror is a legitimate genre for storytelling; it comes from and takes a part of the grand Story. As the Gospel story about the pigs which ran to their death show, not all horror stories have a positive ending. Not everyone will get out alive or unharmed. But, for the most part, the horror genre recognizes there is a limit to the horror, to the evil itself.  Most horror stories have some sort of victory against the monsters presented within them. Some get out alive. Some overcome and entirely put an end to the monster. The horror, the monster, however powerful it is, is shown to be not all-powerful; it has its limit. This is something which we all need to hear and understand, and in this way, though the way to get there is dark, horror stories often generate hope, more than many other sub-stories coming from the Story.

Even if they do not suit the tastes of everyone, we should recognize that horror stories are an invaluable representation of the great Story because they incorporate the Story into themselves. The better the horror, the better the tale, the more they are capable of bringing us into the Story, enrapturing and transporting us with grace. The monster might be something seemingly mundane, such as a serial killer, or it might be something fantastic, but because the Story itself is fantastic, transcending what the human imagination could produce on its own, it can be said the more fantastic the horror, the greater the story is in achieving its purpose and end. It is, indeed, important for stories to engage the fantastic dimensions of the Story, because in doing so, as C.S. Lewis understood, we are able to have our own lives improved by them:

The Fantastic or Mythical is a Mode available at all ages for some readers; for others, at none. At all ages, if it is well used by the author and meets the right reader, it has the same power to generalise while remaining concrete, to present in palpable form not concepts or even experiences but whole classes of experience, and to throw off irrelevancies. But at its best it can do more; it can give us experiences we have never had and thus, instead of ‘commenting on life’, can add to it. [4]

There is, therefore, something valid with the relationship between the secular celebration of Halloween, taking with it many horrifying pre-Christian images and ideas and cultural norms, putting them together with the Western Christian celebration of All Saints. The two go together. It is another way of presenting the Story in a form of the various sub-stories of history. The darkness is revealed in the light; the darkness assaults the light, it can cause great damage and harm, just as the saints themselves often died at the hands of cruel oppressors, but in the end, the power of the darkness comes to an end and the light wins. Those who suffered at the hands of the darkness find themselves glorified in Christ. The horror which happens before the glorification of the saints is important to remember and represent; without it, the greatness of the saints will not be properly understood. Christ is victorious over hell, but if hell is not horrifying, the victory is pyrrhic. Gene Wolfe understood this: horror, he said, is Christian:

Here’s what Tom ‘ Tor  — Tom Broken Collar – told me: Fantasy is a pagan empire; Horror’s a Christian kingdom, embracing Hell. There’s wisdom in that, but exceptions by the score. What of the host bearing the banner of Narnia, I ask you? Christian to the core, with the lion-likeness of Aslan nailed to the cross. What of Tolkien-Lifegiver? Fantasy languished till he brought The Hobbit, dwarves and elves, all three Speaking Peoples linked with humans in The Fellowship of the Ring. [5]

Horror is revealed in the descent of Christ into hell; yes, even before Christ, humanity knew horror, and there were plenty of ghosts and monsters believed to exist around the world, but in Christ, the horror is intensified and shown to relate elements of the truth to us. Horror stories, especially the most fantastic seeming horror stories, have been rendered real through Christ and his descent and conquest of hell; now it is a Christian kingdom, a Christian story taken in by Christ himself. Fear not what can destroy your body: such horrors are all over the world and come in many forms; rather, know the horror has an end, and you can survive and thrive and transcend it all. The serial killer can be captured.  Ghosts and goblins can be tricked by the great trickery, receiving their treats only to find their power over humanity is overcome by their apparent victory. The dead can rise again, but then they can be given back their souls, their humanity. The great desire to escape from the clutches of death (as Tolkien put it)[6] is demonstrated through the hallowing of hell.  But in the ascent from hell, we have to remember, the many layers of evil, the many possibilities of horror are also revealed and overcome by Christ.  And so, each layer, each aspect of hell, each demonic reality and possibility, presents to us another possibility, another sub-story for us to tell. Christ has overcome it all, yes, but if we want to truly appreciate that, then we will appreciate horror which he went through and accept it as an important mode for storytelling. We do not have to fear it, rather, we can embrace it as a way to participate in and imitate Christ himself.

[6] And lastly there is the oldest and deepest desire, the Great Escape: the Escape from Death. Fairy-stories provide many examples and modes of this—which might be called the genuine escapist, or (I would say) fugitive spirit. But so do other stories (notably those of scientific inspiration), and so do other studies. Fairy-stories are made by men not by fairies. The Human-stories of the elves are doubtless full of the Escape from Deathlessness. But our stories cannot be expected always to rise above our common level. They often do. Few lessons are taught more clearly in them than the burden of that kind of immortality, or rather endless serial living, to which the “fugitive” would fly. For the fairy-story is specially apt to teach such things, of old and still today. —  J.R.R. Tolkien, “On Fairy Stories” in The Monster & The Critics and Other Essays. Ed. Christopher Tolkien (London: HarperCollins, 1997),  153. 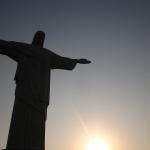 October 23, 2019
The Exorcism of the Amazon Synod
Next Post 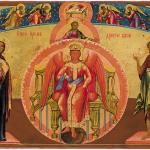 Church Splits Are Driving Evangelicals to...
The Cordial Catholic
Related posts from A Little Bit of Nothing 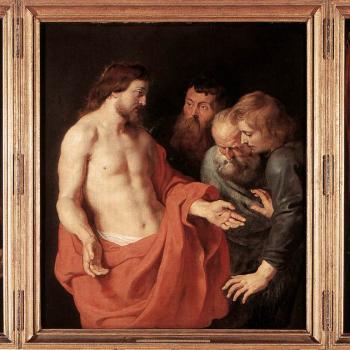 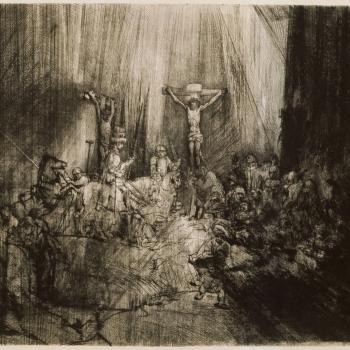 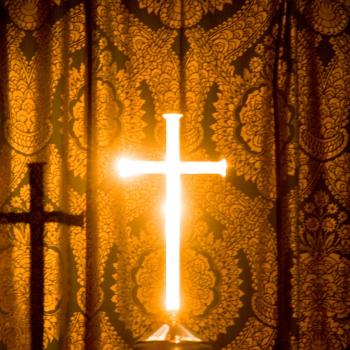