Not Only Should We See The Return of Women Deacons, Their Function Should Be Reconsidered To Fit Modern Times

In the canons of the Council of Chalcedon, we read:

A woman shall not receive the laying on of hands as a deaconess under forty years of age, and then only after searching examination. And if, after she has had hands laid on her and has continued for a time to minister, she shall despise the grace of God and give herself in marriage, she shall be anathematized and the man united to her. [1]

In case some might wonder what “laying on of hands as a deaconess” meant, the Latin text of the canon makes it clear, the discussion is about ordination:

Likewise, the Council of Quinisext, held by Justinian II in Constantinople, the ordination of women deacons is discussed, pointing out that their ordination should be after they are forty, while men could be ordained a deacon after they reach twenty-five years of age:

Let the canon of our holy God-bearing Fathers be confirmed in this particular also; that a presbyter be not ordained before he is thirty years of age, even if he be a very worthy man, but let him be kept back. For our Lord Jesus Christ was baptized and began to teach when he was thirty. In like manner let no deacon be ordained before he is twenty-five, nor a deaconess before she is forty. [2]

Both of these Canons, the one from Chalcedon (which is recognized as coming from an Ecumenical Council), and that of Quinisext, tell us of the practice of ordaining women as deacons: there was no question concerning whether or not they could be ordained, but when it was appropriate for them to be considered as candidates for the diaconate. Previously, such ordination happened much later, with women who were at least sixty years old, but as times changed, needs changed, and so the discipline changed. But what did not change was the recognition that what was conferred on such women was the ordained ministry of the diaconate, ranked among the clergy, as Evangelos Theodoru explained:

That the ordained deaconesses belong to the clergy is witnessed to most clearly by the imperial legislation of the Byzantine period. The Justinian Coprus speaks of them in certain legal provisions, which have their title, <<Concerning Bishops and Clergy>> (De Episcopis et clericis) (Liber Primus, III). [3]

The treatise on the canons of St. Photios reports that a certain Neara of the Emperor Heraclius (610-614) ranks deaconesses as clergy and repeats that forty deaconesses should serve in the church of Holy Wisdom. [4]

In the East, women who were ordained to the diaconate were seen and understood to be ranked among the clergy, and were treated in civil and religious statutes accordingly. Now, in the West, this was not always the case; many women were chosen for a role which was given the title of deaconess but were not necessarily ordained, explaining how and why many Western sources, when examined outside of the context of the greater church, might make it seem like there was no such thing as ordained women deacons. It is, in this respect, an example of the harm “breathing with one lung” can cause in relation to understanding church history and practices. The East knows of ordained women deacons, while some in the West questions their existence because of its particular history. They are hyper-focused only on Western Christendom and its history they ignore the spiritual legacy of many great and holy saints, like St. Olympias of Constantinople, who clearly were women who were also deacons. To be sure, the first reference of a woman deacon is in Scripture with St. Phoebe: “I commend to you our sister Phoebe, a deaconess of the church at Cenchreae”  (Rom. 16:1 RSV).[5] Nonetheless, those who deny the ordination of women deacons in the church suggest that she (and any other example of women deacons found in the records of the ante-Nicene era) was not ranked among the clergy. This is much more easily said and done when the witness of the East is ignored, but when the Eastern canons and traditions, including the rites of ordination are examined, it becomes clear that such women were indeed thought of being ordained to a role among the clergy.[6]

What exactly was the role of women deacons? This differed in time and place, as the surrounding culture and their understanding of the role of women in society often affected the role of women deacons and the kind of ministry they gave. There is no doubt that they helped serve as ministers to women, helping them with catechesis as well as in the rite of baptism. Later, we know of examples of women deacons having a place around the altar, demonstrating once again their clerical nature, though there was some pushback against this, so that sometimes their clerical role would be centered in and around women, such as those women living in a convent. Indeed, that later discipline would develop to try to forbid women around the altar can only come about if they previously were there, as Phyllis Zagano argued: “The documented attempts to keep women away from the altar substantiate the fact that in some places and times women were in fact serving at the altar, perhaps (as Blastares points out) even performing at least some of the liturgical tasks of male deacons.”[7] Even if their function changed over time, and was women deacons held a very limited role within the church,  this did not change their status, but only how they were to function in relation to that status so as to satisfy cultural attitudes and norms.  When misogyny slowly took away the authority and respect of women leaders in the church, it is not surprising that women deacons suffered, and their very status would later be questioned, especially in the West.

That cultural norms could, and did, affect their function in the past should tell us that this was merely a matter of discipline, and not necessity. We must not feel as if women deacons today must conform to the norms of the past, especially as it can be shown there was no universal representation of how they performed their roles for us to return to. As cultural norms have radically changed, misogyny is fought against, and women are promoted as having an equal place in society a with men, so the role of any modern woman deacon should reflect that change, giving them a greater function than seen in the past, indeed, seeing them as doing anything that their male counterparts can do. When women deacons could and did preach the Gospel in limited circumstances in the past (such as in convents),[8] now they should be allowed to preach during normal liturgical services like their male counterparts. Similarly, they should be able to distribute communion without any objection, because we already recognize women not only can be around the altar, but can serve as ministers of communion.  Likewise, the age requirement for women deacons should be made the same as that which is required for men.

Women have long held a place of ministry within the universal ecclesiastical tradition. They even have been accorded a rank among the clergy in the role of deacon. It should not be surprising, or considered heretical, for many to promote the ordination of women to the diaconate. History shows they existed. History recognizes many of them were saints. Only those who have a very shallow, indeed, uncatholic view of tradition, trying to regulate and restrict it into a very reduced form of the recent past, can be convinced it is impossible for women to be ordained to the diaconate. They will have to explain their long history and use, including, and especially, their promotion in the Council of Chalcedon, one of the most important ecumenical councils in Christian history.

It is a shame that the restoration of the permanent diaconate did not automatically include a restoration of women deacons. To be sure, the restoration of the diaconate raised many questions, including what exactly would be the role of such deacons in the modern church.[9] Those questions, though they might remain to some degree, have had some answers established in practice, and through them, then, we can and should continue the task before us and ordain women to the diaconate with an updating in their practice to realize modern society and its new, and greater, understanding of the place of women in society. As culture changes, so should ecclesial discipline: inculturation is not a one-time event, but rather, it is something which should continue with the church throughout all history. We are not to limit ourselves and our disciplines and practices only to follow the way the church enculturated itself in the past: we don’t want to put new wine in old wineskins. We must rather consider the implications of modern society and how we can best address them, including, and especially in relation to the status of women, because by neglecting this, the church risks failing its mission to the world by failing to meet the needs of its members.

[4] Evangelos Theodoru, “The Institution of Deaconess in the Orthodox Church and the Possibility of its Restoration,” 220.

[5] If some would suggest it is wrong to understand Paul as talking about St. Phoebe as being a deacon, Valerie Karras points out early exegesis, such as from Origen and St. John Chrysostom, certainly recognized her as being such, and ordination rites for women deacons included her name as being a deacon. See Valeria Karras, “Theological Presuppositions and Logical Fallacies in Much of the Contemporary Discussions on the Ordination of Women,” in Deaconesses, The Ordination of Women and Orthodox Theology. Ed. Petros Vassiliadis, Niki Papageorgiou, and Elinni Kasselouri-Hatzivassiliadi  (Newcastle upon Tyne: Cambridge Scholars Publication, 2018), 91.

[9] John Chryssavgis mentions some of the problems the Orthodox have had in trying to revitalize the diaconate. See, “Men and Women ‘In the Service of Christ’: Reflections on the Diaconate in the Orthodox Church” in Deaconesses, The Ordination of Women and Orthodox Theology. Ed. Petros Vassiliadis, Niki Papageorgiou, and Elinni Kasselouri-Hatzivassiliadi  (Newcastle upon Tyne: Cambridge Scholars Publication, 2018), 61-66. 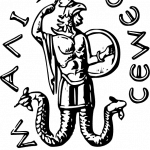 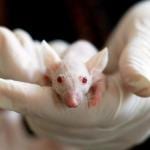 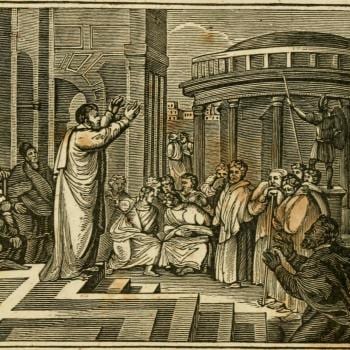 Catholic
Accepting Ambiguity
A Little Bit of Nothing 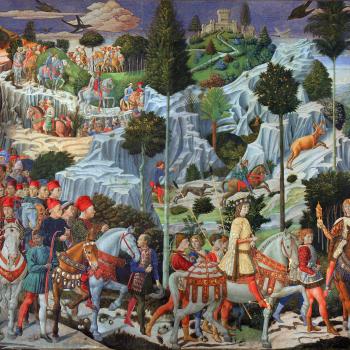 Catholic
The Amazon Synod, Pletho and the Council of...
A Little Bit of Nothing 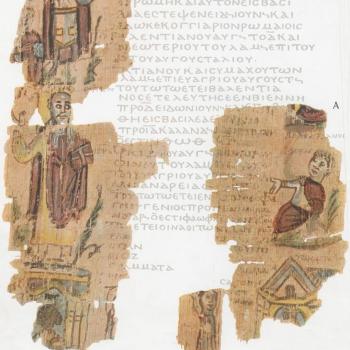 Catholic
The Crux Ansata And Our Lady of the...
A Little Bit of Nothing
TRENDING AT PATHEOS Catholic