There are two important elements to theological reflection.

The first, and primary, is to recognize our own fallibility when dealing with transcendental truths. That is, our intellectual ability, however great it is, has its limits. The truth transcends our intellect. But beyond that, there are various levels of reflection possible, each which transcend our complete comprehension. On one level are those truths which, on their own, we can mostly ascertain with our intellect, but when combined together, form paradoxes, because they do not seem to be able to hold together in a systematic whole. On the next level, a higher level, are those truths which we can recognize as true on a more intuitive level, but are so far beyond our ability to comprehend that our rationalizations (which we can and try to make). Finally, there are those truths which so transcend our comprehension that we only recognize they are true because they have been revealed to us as being true from some experience, source or authority which we believe we can trust.

The second element of theological reflection, which follows the first, is to recognize that despite the fallibility of the intellect, despite its inability to proper establish and proclaim the fullness of the truth, we still have the gift of reason which can, in limited form, present elements of the truth to us. We must not reduce the truth to what we can reason out. This should not be surprising because reason only offers us insight based upon premises which are given to it. Nonetheless, we must not deny all value to what reason establishes. Reason is a tool, a limited tool, but a tool nonetheless which offers invaluable analysis and insight. While the truth transcends reason, while it transcends what human logic can establish for itself, what human reason can offer is a simplified sliver of the truth which somehow must be accounted for and incorporated in the greater trans-rational truth. The truth is not subsumed by reason, but it is also not sub-rational.

These elements are important to remember when we discuss issues of eschatology and whether or not all will be saved. There are many reasons why some theologians say all will be saved. Among them is the suggestion that if anyone is not saved, that would indicate sin and evil are greater than the Good and God himself. Eternal pain and suffering would reify evil, making it substantial. Sergius Bulgakov suggested this was one of the many reasons why Origen and St. Gregory of Nyssa talked about the salvation of all:

The eternity of torments, when it is understood in the sense of their infinity combined with the eternal perdition both of Satan and of the other fallen spirits and of the men who are cast out and condemned to hell, contradict God’s wisdom and goodness. Here (as St. Gregory of Nyssa, and before him, Origen showed with particular force and persuasiveness), to evil is attributed a depth equal to that of heaven. But evil is only an ontological minus, which does not exist in and by itself but is extinguished when it is separated from being. And the adherents of the doctrine of the eternity of evil do not give themselves an account of what they are asserting. The fall into manichaeism and admit, alongside God’s being, the independent being of evil.[1]

When we see hell as a place where the damned go for eternity, it certainly looks like evil has won, for it has established itself into eternity. By having a place in eternity, by becoming eternal, evil becomes substantial. This is what basic metaphysics combined with reason would suggest, and so in order to overcome the victory of evil over the good, for God to be victorious, God’s desire for the salvation of all must be fulfilled (cf. 1 Tim. 2:4).

But, others contend, Scripture and tradition seems to indicate that some, if not many, will suffer eternal perdition. Revelation transcends human reason, so if human reason suggests something contrary to revelation, human reason must acknowledge its weakness and accept revelation. The problem with this is that it is not just tradition and Scripture which is in play, but particular interpretations of both, and human reasoning is likewise involved with such interpretations. It is also fallible. If other interpretations are possible, they should also be considered.

Hans Urs von Balthasar, in his works, believes that human reason and revelation do not truly tell us what will happen in the eschaton. Will all be saved? He hopes so, and believes it is possible, but he thinks it is something which we cannot know. He thinks we should be cautious with human reason, and whatever way we try to answer the question, human reason is involved. Thus, both those who try to assert all will be saved, or only some will be saved, he believes falls for the same kind of error, relying too much on their own intellectual presumptions. Revelation does not entirely give us an answer, because what is found in Scripture are a variety of possibilities, with some suggesting all will be saved, and others suggesting only a few might end up being saved. Here, Balthasar thinks we must rely upon paradox, never overcoming it because we cannot do so without ignoring and neglecting some element of the truth. Until we have entered eternal life ourselves, we cannot make declarations about how many will be saved. We must leave as an open question what we do not know.

Balthasar is right in recognizing the fallible nature of human reason, and accepting, therefore, all kinds of caveats when dealing with truths which transcend human experience (let alone the abilities of the human intellect). But do we need to agree with him; is the only thing we can say is that we hope all will be saved? No.

While keeping to the transcendental nature of the eschaton, we can present reasons as to why we hope that all will be saved, suggesting that it is not just a hope, not just some belief that it is possible all will be saved, but that it is probable. If we read arguments which are being made for the salvation of all, not as necessary conclusions, but as probable conclusions based upon our understanding of God, truth, goodness, being, and grace, it should be permissible to say that it is probable all will be saved. This leaves room for us to be wrong, and also, by speaking it as a probability instead of necessity, it also leaves the issue of human freedom, which many believe is lost with theories of apokatastasis, as being open as well. After all, if we speak about salvation in relation to probability, it is no longer an issue of necessity, and so the criticism that human freedom is subsumed by necessity is overcome. On the other hand, the criticism that it makes no sense that someone, who is truly free and understands what is at issue, would choose hell, would be answered: in all probability, it is likely no one would choose hell. Of course, this leaves open  that someone might do something which goes against such probability, against all rational explanation, against all that we think probable,  and infinitely choose to resist God’s love; why they would do so is as inexplicable as evil is, but because we are only suggesting that it is probable no one would choose this for all infinity, we still leave open the inexplicable and do not predetermine what will happen in the eschaton.

Theoretically, bringing the question unto the domain of probability, will allow others to suggest a different probable outcome. St. Augustine, and those who follow him, can believe that most of humanity will face eternal perdition. It is their own rational interpretation of revelation, but if it is treated as a probability instead of a necessity, then it is something which can theoretically be believed and still follow the foundations which should lie behind an eschatological vision. Of course, then, when people believe this, they should be able to assert logical explanations to the challenges which are given, especially to those questions which arises as to what this means about the eternity of evil.

Thus, theological reflection, using reason, can be used to discus the eschaton and what people believe it will be like, so long as they keep their discussion under the caveat of probability instead of making it a plain assertion. A Christian can hold it likely, and believe it is likely, all will be saved, interpreting Scripture and tradition in ways which meet that probability, without transcending the dogmas of the Christian faith. It does not just have to be a hope, though of course, it should include it, because Christians should desire with God that all will be saved. But the thing which is important is to make sure such Christian reflection remains humble, and so does not try to reduce the truth to what reason produces. 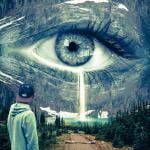 November 4, 2019
To Reject Idolatry, We Must Transcend The Idols Which We Make
Next Post 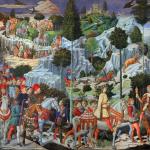 November 6, 2019 The Amazon Synod, Pletho and the Council of Florence
Recent Comments
0 | Leave a Comment
Browse Our Archives
get the latest from
A Little Bit of Nothing
Sign up for our newsletter
POPULAR AT PATHEOS Catholic
1 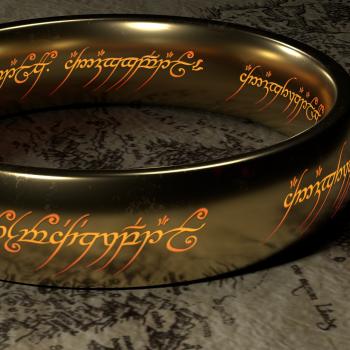 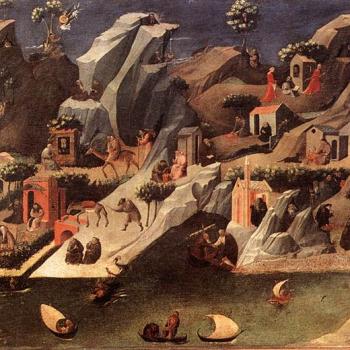 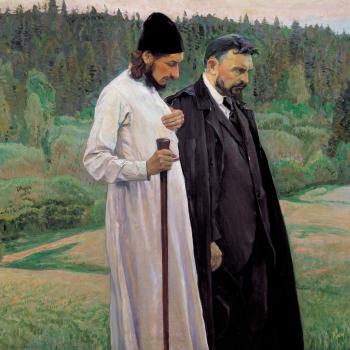 Catholic
Sophiology, Science And Technology
A Little Bit of Nothing
TRENDING AT PATHEOS Catholic