We Should Acknowledge The Plight Of The People While Rejecting The Protests Against The Governors April 22, 2020 Henry Karlson

Throughout the United States, pockets of protestors have sprung up, demanding governors to remove quarantine restrictions put in place because of the coronavirus. They are, to be sure, a mixed bag. Many of them are ignorant of how pandemics work, and so have been led to believe that the coronavirus is not a real threat. They think they are suffering needlessly. Behind them are many political strategists who are using the pandemic to ferment revolts against governors they do not like, people who have no concern for the safety of the people they use for their ideology. And, to be sure, there are many malignant people who must be recognized as a major part of many of these protests, people who have little to no redeeming aspects to their activities, such as the racists using the crisis for their own advantage.

Far from being heroic fighters for freedom, these protestors are like drunks complaining about their right to drive a car has been taken away by the government (because others told them no one should restrict their freedom to drive a car). They do not understand that from the very beginning of the United States,  the authority of states to issue quarantine orders has been accepted by the framers of the Constitution and the earliest Supreme Court decisions. Though many of them claim to be conservative originalists in their Constitutional understanding, they really are libertarian libertines who deny governmental authority when it requires them to sacrifice anything for the good of others (even though many of them have no problem locking up others who they despise, showing that they are only for their own liberty and not that of others).

What is sad is that many of these protestors are suffering. We should agree with them that they are dealing with grave issues. What they do not understand is why they are suffering. They lack the imagination to see that instead of demanding that they should be free to go to work in low-paying jobs while their bosses remain safe, they should see the system itself needs to be – and can be –changed. They are protesting the wrong things, and in doing so, acting against their own good. They should observe who is getting the biggest share of the coronavirus relief and wonder why small businesses, workers, and essential services are being ignored.  The Postal Service, being of central importance to the common good, is being destroyed, and seemingly on purpose.  Instead of fighting against such decisions, these protestors are being agitated and set loose to fight against their own personal good. They are also being put at risk. They are not practicing safe social distancing, and it is because of this, such rallies lead to further coronavirus outbreaks. Likewise, overturning safety restrictions will only make the pandemic worse, and more, lengthier restrictions will have to be put in place.

We are in this together. The world is interconnected. What we do affects others. We can’t just say “I will risk it,” because we put others in danger because of the risks we take for ourselves. Normally, when people are a danger to others, we stop them. We do not allow people to drive drunk. We do not let people to yell “fire” in a theater. We do not let people with highly contagious diseases spread those diseases. Selfishness doesn’t just hurt the selfish person, but those around them as well.  This is why Pope Francis preached that we must not be indifferent to the plight and needs of others if we want to get through the pandemic:

Now, while we are looking forward to a slow and arduous recovery from the pandemic, there is a danger that we will forget those who are left behind. The risk is that we may then be struck by an even worse virus, that of selfish indifference. A virus spread by the thought that life is better if it is better for me, and that everything will be fine if it is fine for me. It begins there and ends up selecting one person over another, discarding the poor, and sacrificing those left behind on the altar of progress. The present pandemic, however, reminds us that there are no differences or borders between those who suffer. We are all frail, all equal, all precious. May we be profoundly shaken by what is happening all around us: the time has come to eliminate inequalities, to heal the injustice that is undermining the health of the entire human family! Let us learn from the early Christian community described in the Acts of the Apostles. It received mercy and lived with mercy: “All who believed were together and had all things in common; and they sold their possessions and goods and distributed them to all, as any had need” (Acts 2:44-45). This is not some ideology: it is Christianity.[1]

If we are to protest, we must protest things remaining the way they were before the pandemic, and we must do so in a sound, rational way. We must let our voice by heard without causing undue risks to others. We must truly discern the moment we live in, the crisis which we find ourselves facing, and ask ourselves what we are going to do to make the future better for all. The system which we lived in before the pandemic was deeply flawed, and it is those flaws which have been exposed. The government can and should help workers, and small businesses, the backbone of the nation, so that they do not go under: the government has the power and ability to do so, but instead, it seems that so many are interested  in how they can make the most money out of the pandemic while letting everyone else suffer. Thus, we see the confirmation of what St. Maximus of Turn said:

Avarice is a great evil, then; indeed, it is the source of all evils, as the Apostle says: The love of money is the roof of all evils, and some who have that craving have wandered from the faith. You see, therefore, that whoever craves money loses the faith, whoever collects money squanders grace. For avarice is blindness and produces error in religion. Avarice is blind, I say, but it has the eyes in the form of different kinds of deceit: it does not see what is divine but contemplates what it lusts after. For although it is rich it is always thinking of how to derive gain from evil; it conceives of its whole life as a business; it is embarrassed at the name of usury but not as usurious profit. The person who is avaricious, therefore, always takes advantage of someone else; he feasts himself on others’ downfall. Others’ poverty is his gain, others’ tears his delight, as we have seen has lately been the case.[2]

Is there any reason to wonder why the Pope said that money is what lies behind destructive divisions in  society? For the love of money, avarice, is behind the suffering of the poor as their needs are ignored by those seeking excessive material wealth. Many of poor workers, believing in the system which has been set up, fight to keep the system in place and want things to go back to the way things were. They are working against their own needs. They are helping those who have kept them down. This is why I can and do sympathize with many of those who have lost jobs, whose businesses have been destroyed, because of the pandemic. But the response they give is wrong. They want fast, easy answers. They want scapegoats. And they get them, turning those who truly are in need into drones for their own destruction. They become hateful and resentful, attacking others in similar situations to themselves instead of those who are truly to blame for their situation.

We are in this together. That includes those who fight against the common good. They might not know it, but we are fighting for them and their own welfare as well. What affects them affects us all. We are trying to save their lives. We must be concerned with their livelihoods, as we should be concerned with the livelihood of all. Hopefully, by acting this way, many of them will begin to understand and accept what needs to be done. If we show them the ways we can and should acknowledge all the needs of the people, then they will see they need put themselves, and the whole community, at risk. Sadly, the reverse of this seems to be what so many in power want, and it is their voice which is being magnified at the various protest rallies throughout the nation (and the world). 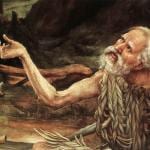 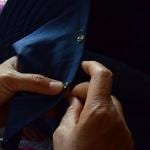 April 24, 2020 God Does Not Throw Us Away
Recent Comments
0 | Leave a Comment
"You can’t call yourself a Christian and condone and support bigotry hatred, ignorance and white ..."
KDNDLKJ After The Recent Coup Attempt, Christians ..."
"They aren't "so called 'Christians'". They are Christians. This is the reality of Christianity. Christianity ..."
Lark62 After The Recent Coup Attempt, Christians ..."
"Unfortunately, those leaders who are self-professed Marxists have done a lot to misappropriate the movement, ..."
Ame Marxism, Social Justice, And Christian Expectations
"Let's face it, most anarchists I know about don't really do anything with their anarchism. ..."
Ame Marxism, Social Justice, And Christian Expectations
Browse Our Archives
get the latest from
A Little Bit of Nothing
Sign up for our newsletter
POPULAR AT PATHEOS Catholic
1 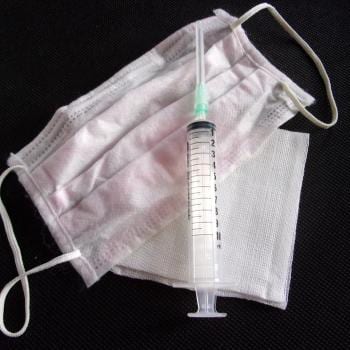 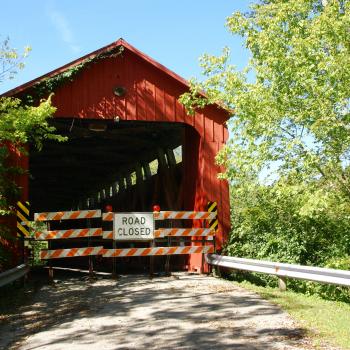 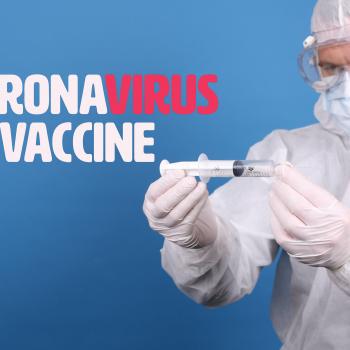 Catholic
Vaccines, COVID19, And The Christian Obligation To Protect...
A Little Bit of Nothing
TRENDING AT PATHEOS Catholic