St. Vladimir the Great And The Parable Of The Leaven

St. Vladimir the Great And The Parable Of The Leaven July 15, 2020 Henry Karlson

Jesus often spoke in parables, using them to illustrate aspects of his message. They helped convey his teachings in a way simplistic, concrete statements could not, because they allowed for a variety of meanings and ideas to be expressed all at once. Likewise, by using parables, he encouraged his followers to do what it takes to determine the various meanings of his words. For, as many have noted throughout the centuries, when we take effort to understand his  message, we feel there is something invaluable which we have learned, and are more likely to cherish what we have learned than if we are told things outright (for then it would seem so commonplace that it is easy to be ignored as we look for some other, greater secret).

There are many complementary interpretations which can be had of this parable. Each one will ask us various questions, such as, who is the woman? What does she represent? What does the leaven and flour represent? We can answer these questions in a variety of ways, and each of them can lead us to discern various truths hidden within the parable.  For example, we find something interesting in the way St. Hilary of Poitiers interpreted the flour:

The yeast, however, is recovered in three equal measures of flour: namely, of the Law, the prophets, and the Gospels; all is made into one. That which the Law has established, and which the prophets have announced, is realized when we “mix” in the Gospels. All together they share the same vigor and purpose in the Spirit of God so that nothing will be found separate from the other because the yeast worked its way through the batch in equal measures. [1]

Thus, one interpretation is to suggest the three measures of flour are the Law, prophets, and Gospels, showing how all three are necessary and are of equal measure or value. Others might suggest that, because it is three equal measures, the parable might have Trinitarian implications, though if read in this way, one has to be very careful, for God is not composed of separate parts and reading the text in this way could suggest otherwise.

But who is it that takes the measures of flour and makes them one? That is, who is the woman? Two possible ways to interpret her is to see  her as the Church (the Church of all humanity, which includes the pre-Christian Church of Israel, since the measures of the Law and Prophets were given their leaven before  the Gospel), or it can be seen to be God who works in history, establishing the kingdom of God in it.  But if it is God, then we must acknowledge that in and through it, Jesus affirms the equating of femininity with God. This does not mean Jesus denies masculine images for God, but rather, we must understand how God can be and is represented by both genders (and not the masculine alone).

St. John Chrysostom noted how the leaven was hid in three measures, pointing out that though it was hidden from view, it was not destroyed. The leaven became the means of transformation of the flour in which it was placed. Likewise, we are to become leaven in the world, mixing ourselves in the midst of our enemies so as to help them be transformed:

And see His wisdom, in that He brings in things natural, implying that as the one cannot fail to take place, so neither the other. For say not this to me: “What shall we be able to do, twelve men, throwing ourselves upon so vast a multitude?” Nay, for this very thing most of all makes your might conspicuous, that you mix with the multitude and are not put to flight. As therefore the leaven then leavens the lump when it comes close to the meal, and not simply close, but so as to be actually mixed with it (for He said not, “put,” simply, but “hid”); so also ye, when you cleave to your enemies, and are made one with them, then shall you get the better of them. And as the leaven, though it be buried, yet is not destroyed, but little by little transmutes all into its own condition; of like sort will the event be here also, with respect to the gospel. Fear ye not then, because I said there would be much injurious dealing: for even so shall you shine forth, and get the better of all.[2]

We are not to fear, for the kingdom of God, the kingdom of justice and peace, spreads wherever the leaven is found. And so, in history, we find many who surprise us, many who have a history of reckless depravity and violence, who, having come in contact with the kingdom of God, are transformed into great saints of God. St. Vladimir the Great, Equal to the Apostles, is one such example. In his youth he could be described as a Viking warlord, filled with lust and violence, fighting his way to the throne, but then, through his grandmother, through perhaps the cries of some of his wives and concubines, through perhaps some personal revelation, he saw the need to change his ways, not only to be baptized, but to baptize his people into Christ.[3]

Vladimir’s conversion was more than a political ploy, but was heartfelt. He became known for his great charity and mercy:

Hilarion adds that Vladimir would free labourers and redeem debtors. Beggars would assemble in his courtyard every day, and he would receive them always and give them what they asked for, food, drink, or even marten skins and money. As to the sick and the weak who could not come and ask, the Great Prince organized a whole service for them: wagons would be loaded with bread, meat, fish, fruit, also casks of mean and kvas (Vladimir would not dream of depriving a poor ne’er-do-well of a healthy drink), and driven around Kiev. [4]

And, as a part of his mercy, he fought against the death penalty, even though his Byzantine sponsors encouraged its use. He pushed for and established one of the earliest policies against capital punishment in Christendom. It is important to note that he did so by taking both his own people’s use of bloodwite and adapting it to the Christian message, showing how his cultural legacy could and did offer something to the church once it had been baptized into the Christian faith.[5]

To be sure, after his conversion, Vladimir was still human; he still had his old temper and his old lusts with him, so much so that some of his contemporaries accused Vladimir of fornication. Was it just a charge based upon his pre-Christian life, where he had many wives and concubines, or was there something more to the charge? We do not know, but Andrzej Poppe is correct, “The fact of the matter is that the private lives of Christian rulers in Europe in those days were far from the much-desired Christian model. The institution of Church marriage was just becoming accepted, while other inferior forms of marriage, in particular concubinage, were tolerated by the Church.” [6] That is, it is quite possible that Vladimir, though a Christian, though a great saint who spread of the Christian faith, though a man of God who helped promote moral principles which promote the dignity of the human person, he still had to fight his own base inclinations throughout his life, and he did not always follow Christian principles in all he did.  It is likely some of his pre-Christian ways continued on with him, especially those ways in which the church often gave dispensation to converts.[7]

St. Vladimir shows us how the spiritual leaven, hidden in and throughout the world, is capable of rising up and changing people, transforming them in such a way it is impossible for us not to note the change. Vladimir was a Viking warlord, a man of violence who killed those who stood in his way to attaining the throne. And yet, once he accepted the Christian faith and was baptized, he became a man devoted to peace and charity. He was still human, and he performed his duty as the crowned Grand Prince of Kiev, but he no longer looked to war but sought to live in peace with his neighbors (even if he would, and did, use his army, he turned from using it in offensive campaigns to ones which were mostly defensive in nature). He was human, with human wants and desires, and he did act in accordance to the ways of politics and political intrigue, but also let his newfound faith direct his policies, using it to counter many of the grossest moral violations which he had once accepted. His legacy, his policies, found themselves a part of the Russian heritage:  when another Vladimir, Solvoyov, explained why Christians must reject capital punishment, it was in part, as a continuation of the work and mission of St. Vladimir.

Let us take the leaven hidden within, let it stir us up, and see how it can and will rise up in our hearts; it might not show itself immediately, but if we let it grow, hopefully people will see the transformation and realize the work of grace in our lives, similar to the way they saw it in the life of St. Vladimir.

[3] There are many legends describing the process of his conversion. It seems he went on a spiritual quest, and considered the possibility of many different faiths and many different forms of the Christian faith. He eventually became a Christian under the auspices of the Byzantine heritage, in part, because of the reputation he had heard of its liturgical tradition, but also as a way to unite himself with the Byzantine Empire by marrying the princess Anna.

[7] This continues to be the case, even to this day, which is why the church considers the practical needs of the people it addresses, and is willing to give economic dispensations when necessary. We see this in the way the church conducted itself with the Amazon Synod. 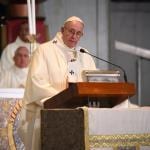 July 17, 2020 Pope Francis And The Crisis Facing American Catholics Today
Recent Comments
0 | Leave a Comment
Browse Our Archives
get the latest from
A Little Bit of Nothing
Sign up for our newsletter
POPULAR AT PATHEOS Catholic
1

Introducing Veronica Roltgen: You're Not A...
The Shoeless Banshee: Meanderings Beyond the Pale
Related posts from A Little Bit of Nothing 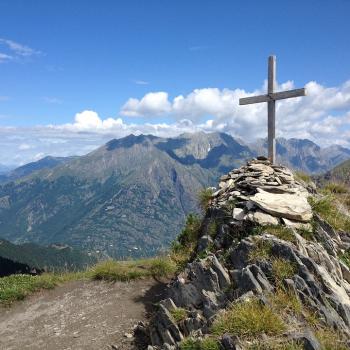