The annual National Catholic Prayer Breakfast will be awarding William Barr the “Christifideles Laici Award” this year at their virtual breakfast meeting (on Sept. 23). The award, the National Catholic Prayer Breakfast says, is given “In Honor and Gratitude for Fidelity to the Church, Exemplary Selfless and Steadfast Service in the Lord’s Vineyard.”

William Barr, the Attorney General, is faithful to the church’s teaching? He represents the selfless and steadfast service in the Lord’s Vineyard? How so? What exactly has he done to earn this award?

Is it his reestablishment and promotion of capital punishment? Certainly not. The Catholic Church teaches that the death penalty must be rejected. It is inadmissible. Barr’s bloodthirsty desire to use the death penalty is scandalous. What he supports and promotes is not faithful to Catholic teaching, but rather, stands in sharp contrast to it.  And so, in a year in which he has overseen the execution of several prisoners, it is more than a little odd that the National Catholic Prayer Breakfast suggests Barr is faithful to the church. His own actions demonstrate the opposite.  Indeed, how can someone who removes funding from Catholic Charities be seen as serving the Church and the Lord’s work?

Likewise, the Department of Justice under Barr is deplorable. It has been turned into a machine for the promotion of Donald Trump, not justice, so much so, it is now being used to act as Trump’s defense team. He intervenes, not only on behalf of Trump, but Trump’s associates. The rule of law, the neutrality of the Justice Department, has been undermined by Barr. He has weaponized the Department of Justice, turning it into a tool for Trump, not justice. This could be seen in the way he misrepresented the Mueller Report. With Barr, people fear the rule of law is being destroyed. The cardinal virtue of justice, especially in the form of social justice, is undermined by Barr.

Is this what people think represents a good and faithful representative of the Catholic faith? Is manipulating and using the Department of Justice for Trump truly steadfast service in the Lord’s Vineyard? Which Lord? Trump? Certainly, the principles of the Catholic faith are not being upheld.

The National Catholic Prayer Breakfast, despite its name, does not represent the Catholic Church. It was established in 2004 by a highly partisan group of people which included Joseph Cella, Leonard Leo, Rick Santorum, and Austin Ruse. Joseph Cella represents Donald Trump, having been the Catholic Liaison for the Donald J. Trump for President Campaign. Leonard Leo is the co-chairmen and former Vice President of the right-wing Federalist Society. Rick Santorum is an infamous former Senator from Pennsylvania, who has a history of engaging questionable  activities, such as joining the board of a “Catholic cryptocurrency” in 2019.  The leadership and board of the National Catholic Prayer Breakfast reflects the same ideologies as the founders;  on it one can find John Meyer, the Executive Director of the NAPA Institute, which is known for its radical attempt to divert the Catholic Church in America.

The National Catholic Prayer Breakfast has a history of honoring right-wing, Republican figures whose actions have not been in accord with Catholic policies.  They honored GW Bush in 2008, despite his unjust Iraq War and promotion of torture and the death penalty. Mike Pence was invited to speak in 2017. In his speech, Pence talks about having been raised Catholic while becoming non-Catholic; what does this have to do with a Catholic prayer breakfast? Nothing, except to normalize an ideological principle as being “Catholic” more than anything which the faith itself dictates makes one Catholic. Sacraments are downplayed and ignored for the sake of political policies.

While the National Catholic Prayer Breakfast claims to be non-partisan, when one sees who runs and, and who it honors, it hard for them to take this claim seriously. The same is true concerning its claim to defend and stand for Catholic principles. It honors people who act in stark contrast to Catholic teaching. It is, as John Gehring suggested in 2015, indicative of a rather “cafeteria” style of Catholicism which tries to suggest its choices represent the core of Catholic teaching. But its name, and the fact that bishops participate in the breakfast, often make it seem that it truly represents the Catholic Church and the Catholic Church is honoring those the breakfast honors. Clearly, this is what its leaders want, and this is why bishops should distance themselves from the breakfast and its partisan promotion of people who act against the principles of the church. If they want to know why people are confused about Catholic teachings, why they think right-wing political talking points determine orthodoxy, their lack of commentary to the contrary is why. Their silence against such propaganda is why many people sadly feel unwelcome in the Catholic Church. They believe the church is promoting right-wing, indeed, racist ideologies by its silence. Allowing the National Catholic Prayer Breakfast to use the name Catholic allows it to manipulate the public image of Catholicism, especially in the United States. When it rewards Barr after his disgraceful rejection of Catholic teaching, by calling him a good and faithful servant of the church, what are people to think?

Fr. Peter Daly is right.  The National Catholic Prayer Breakfast is a political event. It is not a Catholic event. We, the faithful, deserve better than silence. We deserve better than Bishop Barron standing side by side with Barr as Barr receives an award which runs contrary to reality. We need the bishops to understand that their silence here is speaking loudly. Many people, especially non-Catholics, think the prayer breakfast represents the Catholic Church. They think Barr himself is being honored by the Church. As such, many people are being led away from the Church. Is this really what the bishops want? 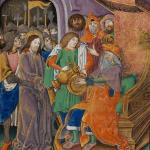 September 9, 2020
Jesus, Pilate, And The Death Penalty
Next Post 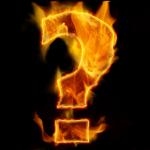 September 13, 2020 Not All Questions Are Innocent
Recent Comments
0 | Leave a Comment
Browse Our Archives
get the latest from
A Little Bit of Nothing
Sign up for our newsletter
POPULAR AT PATHEOS Catholic
1 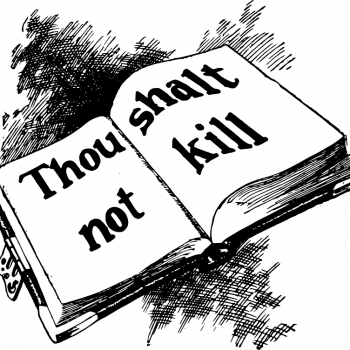 Catholic
Do Not Kill (Murder): Promoting Life Over Ideology
A Little Bit of Nothing 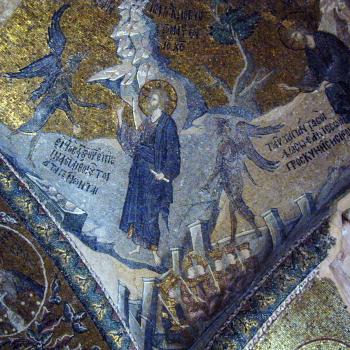 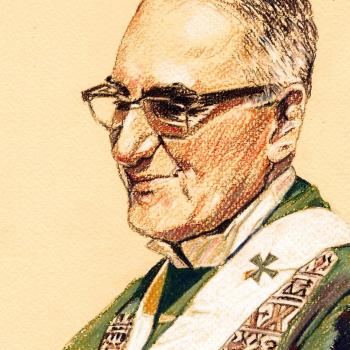 Catholic
Christians And Politics
A Little Bit of Nothing 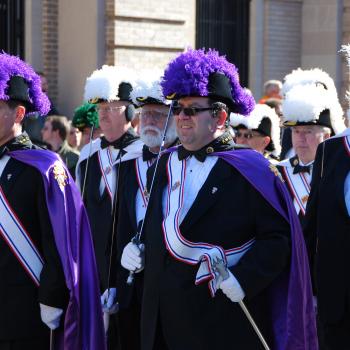