Christians, like everyone else, are called to follow the dictates of their conscience. General moral principles can and should be taught. Conscience helps people determine how those principles apply in particular situations and contexts.  Thus, St. Paul, encouraging Christians to financially help the church, uses general principles to do so while acknowledging the way Christians should use their conscience to decide how much they will give:

The more we give out of love, the more cheerful we will give, the greater virtue will be associated with our act, because it will be done out of charity instead out of mere obligation. That is, of course, if we are not at fault for causing some problem and try to claim our act charity resolves the problem we created, for then it is not charity but justice.

If we want a well-formed conscience, we will develop ourselves through the guidance of love. When we learn how to act out of love, and how to let it grow and direct us, we will be so inspired by the God who is love that our conscience will be well-developed and it will not lead us astray. We will truly be able to be at peace with and through our conscience.

The desert fathers, with the way they developed their conscience, likewise found themselves directed and guided by it to act in ways which often surprised their compatriots. St. Ammonas, a “successor” of St. Antony, for example, when he sought peace, pursued it by following his conscience, a conscience  which often directed him to do things which otherwise surprised and confused those around him:

One day when Abba Ammonas went to cross the river, he found the ferry-boat ready to go and sat down in it. Then another boat came to the place and transported the men who were there. They said to him, ‘Come here, Father, and cross the river with us.’ But he replied, ‘I will not embark except in the public vessel.’ As he had a handful of palm branches, he sat down, weaving them, and then undoing them, until the boat came alongside. Thus he made the crossing. Then the brethren made him a reverence, saying ‘Why did you do that?’ the old man said to them, ‘So as to walk without any anxiety of spirit.’ That is an example; we must walk in the way of God in peace.[1]

It is not easy to discern what is going on in this story. Ammonas, it seems, sought peace by being with the common people. He desired to be with them, with the general public, instead of receiving special honor and respect being shown to him. In the time he waited for a boat, when he was weaving palm branches, it is likely he was praying, so that he was not ignoring his own spiritual discipline. Nonetheless,  what is key, what is important, was the way he found his own peace. His conscience told him to wait for the public vessel. His conscience told him to weave palm branches while waiting for a boat. His conscience told him not to seek special honors apart from the general public. His conscience suggested that he should not be treated differently because he was an Abba. Love, clearly, was a part of that inspiration, because it is love which has us look to others and be concerned about them. It is love which would lead a desert father to show that he wanted to be associated with the public; he did not want to distance himself from them, to be seen as retreating from the world. Rather, it is clear, his spirituality connected him with the world, and so he waited for the public transport, doing what he normally did while being with the common people, showing that he was in solidarity with them.

Likewise, we should realize the call of God in our lives. To do so, we must develop our conscience by observing the dictates of love. We must not find excuses to ignore the poor or needy, nor to ignore the public and its needs. We must not separate ourselves from the world, claiming the need for purity as an excuse. We must take the path of Christ, a path which is with is one with the people, not apart from them; it is a path which takes us with sinners, just as Christ sat and ate with them.

Of course, our conscience might place special conditions on us, with special needs, especially when it is developing. That means when we read examples of how others followed their conscience, we are not expected to do exactly as they did. What is important is to see the variety of ways people react as they follow and develop their conscience. That way we will learn not to expect that everyone will act in the same way. If we are careful, we will be able to see general norms which connect them together. It is these norms which we need to learn. It is these norms which will help us as we try to form our own conscience, and so these norms will be able to help us judge ourselves, to see if we are truly developing our conscience, or if we are confusing our desires as being what is being dictated to us by our conscience.

October 1, 2020
Trump, Racism, Proud Boys, And Standing Down
Next Post 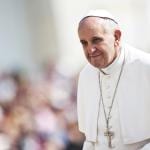 October 5, 2020 Pope Francis, Fratelli Tutti, And The Death Penalty
Recent Comments
0 | Leave a Comment
"Mr. Karlson your negative rant about Judge Barrett sounded more about you and your issues ..."
Michael Daniels Law, Order, and Amy Coney Barrett
"Mr. Karlson, your point seems valid but assumes her less than direct response implies an ..."
Rob Joseph Law, Order, and Amy Coney Barrett
""Even though it was written after the fact, and with a theological purpose, Scripture speaks ..."
alwayspuzzled Coming To Know Jesus
"Lk 17:1 Hesaid to his disciples, 'Causes of falling are sure to come, but alas ..."
J_Bob Pope Francis, Fratelli Tutti, And The ..."
Browse Our Archives
get the latest from
A Little Bit of Nothing
Sign up for our newsletter
POPULAR AT PATHEOS Catholic
1

Civil Unions? Move Over Francis, Benedict's...
Cracks in Postmodernity
Related posts from A Little Bit of Nothing 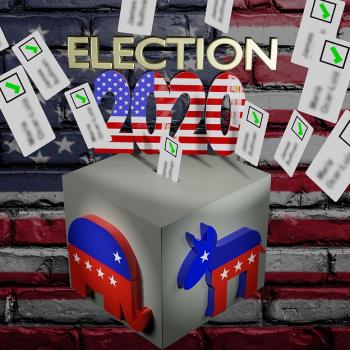 Catholic
Single-Issue Voting Vs. The Common Good
A Little Bit of Nothing
TRENDING AT PATHEOS Catholic