“So,” Peter tell us, we are to “put away all malice and all guile and insincerity and envy and all slander” (2Ptr. 2:1 RSV). For many of us, this can be rather difficult, not because we believe such things to be good, but because our passions often get the best of us and turn us away from the charity which we know we should follow. From time to time, anger rises up in us. Without thinking about what we are doing, we react against those whom we believe have done us some wrong, speaking out and fighting them in ways which are not helpful anyone. Malice, guile, insincerity, envy, and slander are all possible results of that anger. Through such anger, through the harm which we felt we have received, we end up excusing ourselves and our passions; though we have been wronged, we let anger and other similar passions take control of us so we respond in a disproportionate manner to the harm which we have suffered, making the situation worse as those who are at the receiving end of our spite push back against us with similar disproportionate responses, using the same kinds of justifications as we give for ourselves. Thus, we see that the response to our response increases the anger, the hurt, the suffering, which, if not stopped in some fashion, well  end up becoming a never-ending, continuously intensifying cycle of pain and sorrow for all involved.

We must always try to speak, not only with the facts as we understand them, but in charity, for the truth transcends mere facts. If we want to have the truth, we must engage the fact which we know with such charity that we let the truth shine through them. Facts without charity leads us towards gossip, and gossip leads us away from the as it slowly devolves from facts to assumptions and lies, allowing emotion and opinion to establish what is said and done instead of the truth itself.

What is good is true, and what is not good, is not true. What is evil presents to the world some distorted representation of the truth; evil clouds and obscures the truth in order to justify itself. Lying is intrinsically evil, and intentionally lying to create discord, to harm others and their reputation, or in order to gain an unjust advantage over others, certainly can be classified as being a grave matter and potentially mortally sinful. Richard Rolle, a fourteenth century hermit, rightfully warns us against such talk:

Now gossipers and slanderers who injure other people’s lives by malevolent talk, and those who esteem their own condition above all others, or who despite any condition which a man would find salvation in, have no more vision of the love of God in their soul than the eye of a bat has of the sun, because flippant talk and nasty remarks are the sign of an idle and malevolent nature which is emptied of God’s grace, while someone whose words are always kind, and who consider every person better than himself, revels clearly that he is constant in virtue in his principles, and full of charitable feelings toward God and his neighbor. [1]

We should always try to be graceful in our speech, using it to make things better, even for those whom we dislike. This is not to say we must ignore injustice, never speaking about it or those who commit it. Rather, when we are called to speak, charity must remain at the forefront of our speech. It is not easy. It never has been easy, but social media makes it worse, as social media allows us, indeed, encourages us, to respond, not with forethought, not with charity or compassion, but in ways to lift ourselves up at the expense of those we criticize. It encourages snark instead of truth. Through social media, we often are moved by passion, not reason, and through such passion, we reveal the worst thoughts and attitudes we have to the public. When we become embraced by others for doing so, we find ourselves encouraged to continue on, to act out of contempt towards others, to act out of malice and so ignore the dictates of truth which require all such words to be said in and with charity. Though not all such talk is composed of direct lies, lying becomes easy and encouraged in such a forum, and once we give in and justify such lies, we have truly lost the love of God in our soul.

We must try to do better. “But now put them all away: anger, wrath, malice, slander, and foul talk from your mouth” (Col. 3:8 RSV). We must fight against the deadly sin of wrath, and all the malice which comes from it. Again, this is not to say we must avoid speaking against injustice, for when we encounter injustice, we must do what we can to fix it; but we must do so with justice ourselves, lest we become unjust in our attacks against injustice and only end up making things worse. We must not hate – we are to love our enemies, though such love does not mean we should ignore or forget what others have done; if they have done evil, exposing it is a way to help them as much as it is to help their victims. But such exposure must be done properly. It must be done in charity. It must be done in truth. When we speak out against what others have done, we must speak only what we know, and not exaggerate or lie about it. Lying is always the quick and easy way out, but once those lies are exposed for being lies, then everything else we have said becomes suspect, so that even whatever truth we have said will be doubted, allowing for injustice to continue without obstruction.

We must not cause unjust injury to others. We must consider the words we say. Idle words spoken in haste lead us astray. If we find ourselves speaking without charity, if we find ourselves letting anger take us over, even if we have good cause for our anger, we must try to put a stop to such speech. Anger can motivate us and direct us to fight against injustice, but we must put it under our control instead of being controlled by it. If we find ourselves overcome by social media, we might need to take a break from it, and begin to look into ourselves, to see where all the anger and spite is coming from, and do what we can to get rid of it before it becomes a cancer in our soul. Social media can be good, once we have gained control over ourselves; we can meet and engage many people, which is a good thing. But we do so with full charity, lest we find ourselves becoming that which we dislike, succumbing to one of the great temptations of our current age. 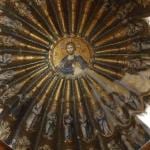 December 20, 2020
Learning From The Ancestors Of Christ
Next Post 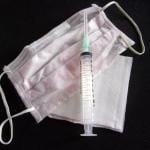 December 22, 2020 The Vatican Said We Don’t Have To Take A COVID19 Vaccine?
Recent Comments
0 | Leave a Comment
Browse Our Archives
get the latest from
A Little Bit of Nothing
Sign up for our newsletter
POPULAR AT PATHEOS Catholic
1 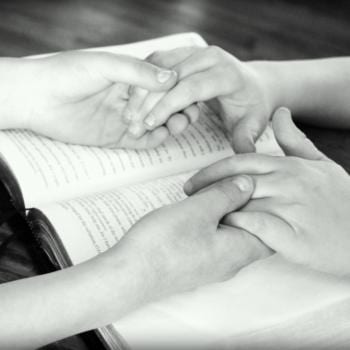 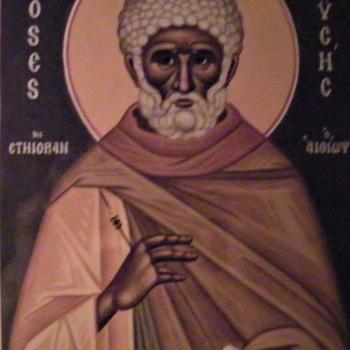 Catholic
The Witness Of Dr. Martin Luther King Jr.
A Little Bit of Nothing
TRENDING AT PATHEOS Catholic