“But if any one has the world’s goods and sees his brother in need, yet closes his heart against him, how does God’s love abide in him?” (1 Jn. 3:17 RSV). John pricks our conscience in this passage. He wants us to know that if we abide in God with love, God will abide in us in love. But this love must be a love for God which has us reach out and take care of others. If we love God, we will love those whom God loves. If we do not, that means our love for God is impure, and we close ourselves off from God. Thus, if we have plenty and our neighbor does not, we will serve our neighbor, sharing the bounty which we have with them. We will do this because of our great love. But if we try to store away riches exclusively for ourselves, ignoring the plight of our neighbor, we show ourselves far from God as we show ourselves far from the love which God would have us possess.

We should know that what we have is not really ours in any absolute sense. All we have belongs truly to God. What we have, we have as stewards, to be watched over and used according to the ways God has expressed to us. That means God expects us to use  what we have not only for our own benefit, but for the good of others. To try to claim what is God’s as ours is to try to take the place of God; this, of course, is the error of so many who hold to capitalistic ideologies. They absolutize their claim to their possessions, saying it is theirs and theirs alone, and no one has the right to take any of it from them against their will. In doing so, they ignore the fact that they have stolen from God by the way the delineate possessions in the world.

“Do not withhold good from those to whom it is due, when it is in your power to do it” (Prov. 3:27 RSV). We do not all have the same abilities or resources, and so what is expected from one person will differ from what is expected from another. A person who has musical talent, but not much money, will use their gift to bring joy to others, while a person who has much money but not many social gifts, should use their gift to establish justice in the world and help those who are in extreme poverty. What is important for us is to discern those gifts which we have, and find out how we can put them to good use. The more we become accustomed to looking after our neighbor, the more we love our neighbor, the more we will realize what we can do for them. We might not have money, but we might have time to share, time which can be used to help them in some way. This is exactly what Abba Theodore of Enaton learned, and demonstrated, in his life:

Abba Theodore of Enaton said, ‘When I was young, I lived in the desert. One day I went to the bakery to make two loaves, and there I found a brother also wanting to make bread, but there was no-one to help him. So I put mine on the side, to lend him a hand. When the work was done, another brother came, and again I lent him a hand in cooking his food. Then a third came, and I did the same; and similarly one after the other, I baked for each of those who came. I made six batches. Later I made my own two loaves, since no-one else came.’[1]

Abba Theodore, a desert monk, did not have money of his own, but he did have the time, energy, and the ability to help others. When he found others in need, others whom he could help, he put their needs above his own. When he saw other monks trying to bake bread, he helped them, taking care of them before he finally took the time to bake bread for himself. It was a simple gesture, and yet, because it was what he could do at that time and place, it was more than enough.

Everyone has their own gifts which they can share; even those who live lives of voluntary poverty, a life detached from material possessions, can find something to give to others as a way to show their love. Charity, love, is not merely giving money to others and then leaving them be; it is about the way we interact with them and help them with what we have to offer. If someone needs to talk, we can show our love simply by being there and listening to them. This is why, though the poor might not be able to give much in economic aid to others, their charity can and often transcends the rich, because they give of themselves, while the rich often give very little, in accordance to the potential they have to give, in order to have people leave them alone. What is important is to give of ourselves, and to do it out of humble love, and not for any other reason. This is why Jesus said, “He who is greatest among you shall be your servant; whoever exalts himself will be humbled, and whoever humbles himself will be exalted” (Matt. 23:11-12 RSV).

Abba Theodore worked hard to serve others. As long as there was someone in need, he did not cook for himself, but eventually, when there was no one else then, he was free to cook and eat for himself. Caring for others, doing what we can to help them, does not mean we should ignore our own needs. We are to love others as we love ourselves, which means, we are to love ourselves – not with a selfish, egotistical love, but rather, with the care and concern, looking after our own needs as if we were anyone else in need. Theodore gave of himself, gave of his abilities, so that those who were in need found their need fulfilled by him; among those were his own self, and we must remember this, so that we do not perish because we neglect our own needs.

“Do nothing from selfishness or conceit, but in humility count others better than yourselves. Let each of you look not only to his own interests, but also to the interests of others” (Philip. 2:3-4 RSV). Paul did not tell us we cannot be concerned about our own welfare, but he told us that our own wants and desires must not be promoted at the expense of others, that is, at the expense of the common good. Selfishness has us place our own interests above others, while love has us humbly looking after others, doing what we can for them as we would for ourselves. We all have different potentials, different gifts given to us, which means, we are not all expected to do the same thing. But what we are expected to do is show our love for others, to promote the common good, knowing that by doing so, our own good will likewise be promoted. If everyone is looking out for each other, sharing what they have to share with each other, we will all have what we need; but if we do not do so, if we selfishly look after only our own interests, then many will find themselves cut off from the good which they need, and suffer greatly because of their own selfishness.

January 21, 2021 Unity After Trump
Recent Comments
0 | Leave a Comment
Browse Our Archives
get the latest from
A Little Bit of Nothing
Sign up for our newsletter
POPULAR AT PATHEOS Catholic
1 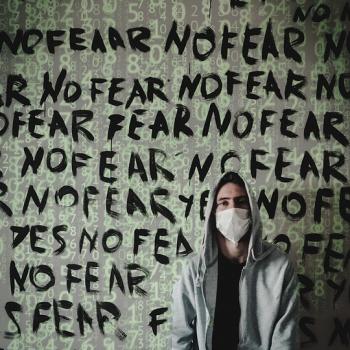 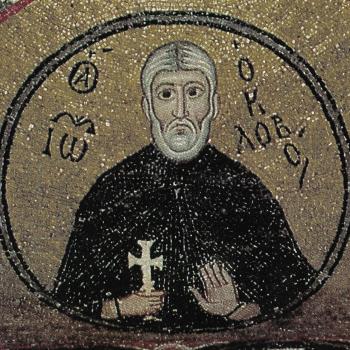