Due to our own mental disposition and biases, we find ourselves subtly, or not so subtly, misunderstanding who Jesus is. This is because we try to classify him in accordance to our own limited understanding of reality. Certainly, this is not an issue for ourselves alone. It is a common problem. Thus, Scripture tells us a time when Jesus, before his death and resurrection, was thought of being a ghost:

And in the fourth watch of the night he came to them, walking on the sea. But when the disciples saw him walking on the sea, they were terrified, saying, “It is a ghost!” And they cried out for fear. But immediately he spoke to them, saying, “Take heart, it is I; have no fear” (Matt. 14:25-27 RSV).

Jesus is human, with a human background; he had a mother who would eventually die, and grandparents who had died long before he was born. Tradition suggests that St. Joachim passed away when Mary was nine while St. Anne departed from life when Mary was eleven. Although  Jesus had come to conquer death, he had to come face to face with death before he could do so; he had to experience it in all the ways which we experience it. Thus, not only did he encounter it through his death on the cross, he experienced it by seeing friends and family members dying before him. Jesus is human, and through his humanity, while he was engaging his temporal ministry he always had death before him. That is, he always knew he would one day have to face off against the final enemy, that he could only fulfill his mission by coming to it and letting it embrace him. He had to overcome the power of death by death itself. To grant us eternal life, he had to conquer death and cast it aside.

Perhaps, because he had come in part to die, others could and did a get a sense of the way death surrounded him. Perhaps, this, combined with the way he met with disciples, made him seem like a ghost. That is, when Jesus did something remarkable, like walking on water, the connection people felt that Jesus had with death would be the hermeneutic which they used to interpret what they saw and experienced, leading to the speculation that what they saw was a ghost. But just as he would confirm his bodily form after the resurrection, showing he was alive and more than a mere ghost, so he confirmed he had not yet died and was not a ghost after he was seen walking on the water:

And Peter answered him, “Lord, if it is you, bid me come to you on the water.” He said, “Come.” So Peter got out of the boat and walked on the water and came to Jesus;  but when he saw the wind, he was afraid, and beginning to sink he cried out, “Lord, save me.” Jesus immediately reached out his hand and caught him, saying to him, “O man of little faith, why did you doubt?” And when they got into the boat, the wind ceased. And those in the boat worshiped him, saying, “Truly you are the Son of God” (Matt. 14:28-33 RSV).

Jesus reached out and picked Peter out of the water; he used his hand, his physical hand, to do so, confirming his humanity even as Thomas would later touch that same hand and confirm his physical  being after his resurrection. In both circumstances, before his death when Jesus walked on the water and saved Peter, and after the resurrection, when Thomas touched the wounded hand of Jesus and saw Jesus alive, those who witnessed this events realized the special identity of Jesus (cf. Jn. 20:28). They were moved beyond their biases, beyond the hermeneutic which they used to interpret him; then, having silenced their thoughts, having put an end to all their biases, they were able to receive Jesus as he truly is in all his glory.

Likewise, we must move beyond our thoughts and words, and all the ways they influence us in our interpretation of Jesus, if we want to receive and experience him as he is. Jesus is God. Jesus is human. How we interpret what he read and experience will, in part, come from the way we engage his two natures in our thoughts and discussions. We might know he is both, but most of us understand him in and through the domain primarily of one of his natures, using that nature as a way to interpret how we understand him as a person. Thus, those who focus on his divinity have a difficult time understanding his humanity, including his human emotions and the way they make him act (which is why some people have a difficult time accepting that he once cried as an infant). Others, focusing on his humanity, find it difficult to perceive the way his divinity is being expressed in and through his humanity.  Reflections concerning his divinity and his humanity are important, and each can, in their own way, point to something about who he is, but we need to understand the limitation of such reflections. We need to experience Jesus in his fullness, without any such hermeneutic. When we do so, we will then be able to discuss who he is better. We must let all the ghostly artifacts of our hermeneutic be overcome by the reality of Jesus himself.

We need Jesus to ground us. “ For no other foundation can any one lay than that which is laid, which is Jesus Christ” (1 Cor. 3:11 RSV). And it is upon him, then, we will grow in grace. Joined with him, he will find ourselves transformed and not only made better, but deified. We must allow Jesus, and what Jesus reveals of himself, to be the foundation of our knowledge. We must overcome all presumptions which we take with us. Even when our assumptions are based upon the truth, they are not the fullness of the truth; as long as we are attached to them, we will not be open to that fullness, we will not see and experience everything which can be revealed to us through Jesus. Only by silencing our mind, only by detaching ourselves from all such thoughts, even good ones, can we truly come face to face with Jesus and experience the transfigured glory for ourselves. That is, all the stubble of our thoughts must, as it were, be burned away, so that then we truly will have the one true foundation left, the foundation of Jesus Christ, the foundation which will never perish or be destroyed. 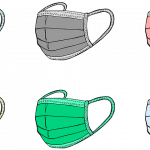 July 26, 2021 We Must Not Become Like Judas, The Apostle Who Fell
Recent Comments
0 | Leave a Comment
"This is an important lesson against the vice of vainglory and disordered attachment to devotions, ..."
Ame Avoid Universalizing Private Devotions And Cultural ..."
""The oath a politician takes on January 20th includes seeing that the laws are faithfully ..."
Stewart M Schwartz Communion And Politics: The Eucharist Should ..."
"The Catholic church has the same problem as congress. Money Talks."
Renewableguy When Dealing With Climate Change, Silence ..."
"this is a very nice topic but i want to ask some questions, when you ..."
Kos Pap 1#Top Commenter The Interfaith Significance of Alexander the ..."
Browse Our Archives
get the latest updates from
A Little Bit of Nothing
and the Patheos
Catholic
Channel
POPULAR AT PATHEOS Catholic
1

Catholic
Family, Life, And Other Relative Goods
A Little Bit of Nothing 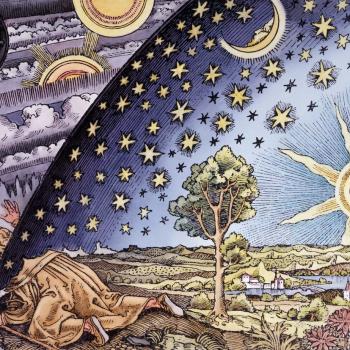 Catholic
The Firmament And The Incarnation
A Little Bit of Nothing 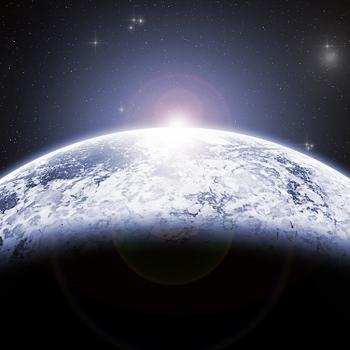