Something seen in the lives of many saints is the care and concern they showed for all creation. The protection St. Francis gave to many animals, freeing them from danger so that they could live long, blessed lives, was not something peculiar to Francis. Many saints understood that God’s love is for all creation and not just for humanity. This led them to imitate God and show compassion to all those who came to them in need, including those who are not human. Many visual representations of such saints include animals which they helped; this is why, for example, St. Antony of Egypt is shown to be with a pig, for a legend developed that he healed a pig which then stayed with him as his friend and companion in the desert.[1]

St. Macarius the Great, not to be confused with St. Macarius of Alexandria, has several stories and sayings associated with him which indicate his grace-filled relationship with animals. One story has a wolf cry out in distress, asking why God made it so as to suffer. Macarius could understand the wolf’s cries, and explained to his fellow monks what it sought after, as well as the fact that the wolf understood that the source of its nourishment was ultimately in the hands of God. While the monks were awed by what they were told, the story also relates that the wolf was eventually led by God to find food, relieving it of its misery. The story seems to be told in order to help us understand the universality of God’s providence: we can be assured God is taking care of us if God is taking care of a wolf. While the point of that story is to provide a theological lesson, nonetheless, it would not have worked if there was not already accepted some notion that Macarius, and many like him, could have a harmonious relationship with animals.

Saints, like Macarius, were often believed to transcend normal human relations with animals. Sometimes this was related in stories which talk about how they could understand and talk with the animals. And this, of course, moved the saints to have a heart for the animal world. Thus, not only do we find examples of Macarius communicating with animals, he is shown giving them the aid which they need. This can be seen in a story in which Macarius helped a snake:

Abba Macarius said, “While we were still sitting in the cave one time, I heard a voice crying out like the voice of a falcon, and when I went outside I saw a huge serpent. When it saw me, it bents its neck and venerated me and afterwards it raised itself and turned its face toward me. When I looked at it, I saw that there was something lodged in his right eye. When I thought about the compassion of my Lord Jesus Christ and the invincible power of the cross, I put some spittle on the serpent’s face while saying, ‘My Lord Jesus Christ, who opened the eyes of the man born blind, hit pit on this beast’s infirmity and heal it’ [Jn. 9]. When I said this, the fragment fell from  its eye and after it bent its neck three times it kissed my feet and so I dismissed it. It left, giving glory to our Lord Jesus Christ for his numerous acts of compassion, for he even cares for wild beasts.’ [2]

A more remarkable tale concerns the way Macarius was approached by an antelope so that he would come and help her deformed young:

When Abba Macarius was speaking openly to the brothers, he said, “One time when I was in the wadi gathering palm branches, an antelope came up to me, tearing out its fur, weeping as though it were a he-goat, its tears flowing to the ground. It threw itself down on top of my feet and moistened them with its tears, and I sat down and stroked its face and anointed it with my hands, amazed at its tears, while it gazed back at me. After a while, it took hold of my tunic and pulled me. I followed it through the power of our Lord Jesus Christ and when it took me to where it lived, I found its three young lying there. When I sat down, it took hold of them one by one and placed them in my lap and when I touched them I found thar they were deformed; their chins were on their backs. I took pity on them as their mother wept; I groaned over them saying, ‘You who care for all of creation, our Lord Jesus Christ, who have numerous treasuries of mercy, take pity on the creatures you made.’ After I said these words accompanied by tears before my Lord Jesus Christ, I stretched out my hand and make the saving sign of the cross over the antelope’s young, and they were healed.”[3]

Each of these stories not only express the fact that God cares for more than humanity, but that because God is shown to care for and take concern for the world at large, we can and should trust in God’s providence for our lives. But it also tells us something about the way God’s providence works. God works through us, so that we become the means by which God’s  providence is put into effect. St. Macarius was a vessel of God’s providence, and so he was able, with God’s grace, to aid those animals who came to him in need. Likewise, then, we too should understand that trusting on God’s providence does not mean we do nothing, but rather, we try to do what good we can do and see that as a part of the way God works in the world. God’s providence is to be trusted, but the way God’s providence works must not be dismissed. Our trust in God should have us work in the world to make it better. We should make it better, not just for ourselves, but for all. Care should be had for animals because they are loved by God. Their suffering is something which concerns us because we are called to be stewards over creation, looking after the interests of all who live within it. Similarly, we should care, not just for the animal world, but for our fellow humans, men and women who suffer grave injustices in the world. When they cry out to God for help, we should offer our services to them and  do what we can to help them. We must not dismiss their cry, their pain and suffering. We must realize God’s heart is with them, and so our heart should be with them as well.

When we show kindness to animals, when we show kindness to those in need, when we act on behalf of those in need, we find ourselves acting as God’s hands and feet in the world. We become vessels of providence, and through our efforts, miracles can happen. But if we dismiss our responsibility, or worse, if we deny those who work for justice, those who work to heal the world from the harm done by sin, how can we truly call ourselves followers of God?

[1] This, to be sure, is a late legend; the interest in it lies in the way  saints came to be known as benefactors of the animal world and that it almost became expected to find such stories in their hagiographies. 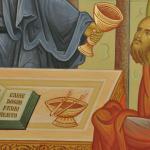 July 13, 2021
Christian Disciplines Change To Fit The Needs Of The Times
Next Post

July 16, 2021 Christians Must Realize That The Pandemic Is Not Over
Recent Comments
0 | Leave a Comment
Browse Our Archives
get the latest from
A Little Bit of Nothing
Sign up for our newsletter
POPULAR AT PATHEOS Catholic
1

Can the Latin Mass Restrictions Heal...
Femina Ferox
Related posts from A Little Bit of Nothing 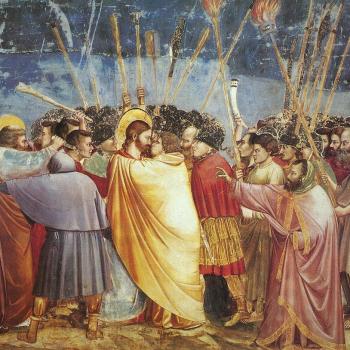 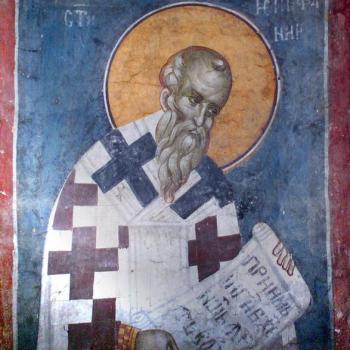 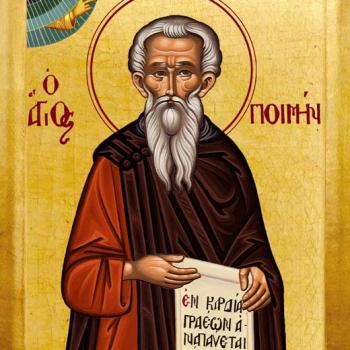 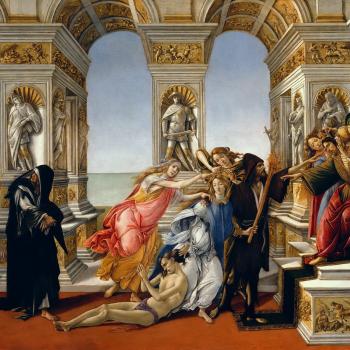 Was Sodom Destroyed by a Meteor in Abraham's...
Genesis 14:1-3 (RSV) In the days of Am'raphel king of Shinar, Ar'ioch king...
view all Catholic blogs
What Are Your Thoughts?leave a comment
Copyright 2008-2021, Patheos. All rights reserved.