We Are Called To Join Ourselves To The Humanity Of God

We Are Called To Join Ourselves To The Humanity Of God September 17, 2021 Henry Karlson

Already and not yet – the eschaton is already with us, the kingdom of God is within us, and yet we have not fully realized the reality of the eschaton in ourselves. This paradox is central to temporal Christian existence. The incarnate Logos is found in time so that the Logos could transform all creation and lead it to the fullness of the heavenly kingdom. In and through the incarnation, the presence of God is established, not just through the divine nature, but in and through the divine persons of the Trinity (for in and through our encounter with the Logos we also have relationships with the Father and the Spirit). In the incarnation,  heaven and earth are joined together. They are brought together as one so as to receive the eternal glory of the kingdom of God.

While we are in time, we find ourselves experiencing the tragedy of temporal existence, the tragedy which is assumed by the incarnate Logos. Nonetheless, despite all that tragedy, we can still experience and participate in the glory of the kingdom of God just as Jesus, the God-man, continued to experience that glory in relation to his divine. The humanity of God, the humanity of the God-man, experiences that tragedy, indeed all the tragedy of temporal existence, for he has assumed it upon himself when he assumed human nature. Jesus did this so that in and through such tragedy there will be a way for everyone to encounter him in the midst of that tragedy. Then, as they engage him, they can lifted up and receive the grace they need to overcome their own personal tragedy so that they can be led to what lies beyond that tragedy, the eucatastrophe of the resurrection.

Jesus has united our humanity unto himself so that if we open ourselves up to him, we can find ourselves united to him. Through that unity, we will be moved to act as he acted, to take on the pains and sorrows of the world unto ourselves so that we can help change the world and make it better. We will do so while, like Jesus, we will find ourselves experiencing the joy of the kingdom within us. We will love and with that love unite with the Love which is God and experience the joy found in that love. Thus, as Hadewijch wrote, “With the Humanity of God you must live here on earth, in the labors and sorrow of exile, while within your soul you love and rejoice with the omnipotent and eternal Divinity in sweet abandonment.”[1]

Despite the tragedy of history, we are filled with hope. This is because we have a share in and experience of the kingdom of God. We find ourselves linked to and experiencing, in part, the transcendent glory of the resurrection. There is always hope. Indeed, there is hope, not just for us, but for everyone, for the God-man has come to find the lost and help them receive glory of the resurrection for themselves. Everyone who seems lost experiences various pains and sorrows which they have created for themselves, but in the midst of all those sorrows, they will find Jesus is there, embracing them with his love, giving them the chance to cast all their burdens upon him so as to have them taken away. Everyone is given the chance to be freed from the burdens of sin so that they will not have to face the full consequences of their sins; likewise, everyone will be given the chance to receive the grace which they had lost, the grace which they need in order to experience the glory of the kingdom of God. Through Christ, therefore, we find there is no destiny, no predetermined indication that anyone needs to be lost, which is why we should hope that all will be saved:

Hope bears witness that there is a future. We can escape destiny. We have scope for life. Life has triumphed over death. The worst  man, the most lost, is not lost. Nothing has been definitely settled. This is what opens up for us the path of freedom. Because hope enables us to live by a possible future, freedom commits us to the fashioning of a real history which is chosen and willed and shaped. [2]

We can and should hope, therefore, not only for ourselves, but for others. Hope, of course, does not mean that we know what will happen. We only know that Christ has done all that is needed in order to transform all things, to take away the sin of the world, and to give everyone the freedom they need to experience the triumph of the divine life. But this triumph has come at a great cost, for it came with the kenosis of the Logos, and through the Logos, all the persons of the Trinity experience that kenosis in themselves, in their own way, showing how each person has worked, in their own way, for our salvation. Every person of the Trinity has great love for us and desire that we shall share the divine life with them:

And in the incarnation we find the co-participation of all three hypostases, each in its own manner: The Father sends the Son, and this sending is an act of fatherly sacrificial love, the kenosis of the Father, who condemns to the cross the beloved Son, who takes on himself this feat on the cross. The feast of the Son is also the self-denying love of the Father who, in “sending” the Son, condemns his very Self to co-suffering and co-crucifixion, though in a manner different than the Son. Because there is the God-man’s passion on the cross, there is also the fatherly passion on the cross, the passion of co-suffering love, of fatherly self-crucifixion. We must understand the “sending” of the Son by the Father not as an act of authority, as a command, but rather as an act of agreement, initiative, origination, all of which are hypostatically proper to the Father. [3]

The abandonment of the Son by the Father means the removal of the Holy Spirit who reposes on the Son. The Father as it were ceases to send his Spirit onto the Son. [economically, not ontologically]. [4]

The Son, the Logos, shows us the way to the Father, and with it, we see that the Father and the Spirit, like the Son, love us and willingly empty themselves for our sake. The absolute nature of the divinity is not used against us but rather is used for us and for all creation. The Son acted on our behalf, and through the Son, we find the whole of the Trinity was at work. The Son assumed human nature and took its qualities; this is why he was able to act in relation to the dictates of temporality:

When Christ lived on earth as Man, all his works had their time (John 7:6). When the hour came (John 2:4), he acted; in words, in deeds, in preaching, in doctrine, in reprimands, in consolation, in miracles, and in penance; and in labors, in pains, in shame, in calumny, in anguish, and in distress, even to the passion, and even to death. In all these things he patiently awaited his time.[5]

We should imitate and follow the temporality of the humanity of the God-man ourselves. That means, we should also act in accordance to the situations we find ourselves in. We must not distance ourselves from our work by selfishly holding onto and attaching ourselves to our own desires and where they should lead if they should lead us away from the activity of love. We are to love as the Trinity loves, to divest ourselves of ourselves, for it is only in this fashion will we be resurrected and experience the full glory of the kingdom of God by participating in and living out the divine life for ourselves.

September 15, 2021
Tolkien And The Way To Overcome Evil
Next Post

September 19, 2021 We Must Cooperate With Grace To Experience The Kingdom Of God For Ourselves
Recent Comments
0 | Leave a Comment
"This is an important lesson against the vice of vainglory and disordered attachment to devotions, ..."
Ame Avoid Universalizing Private Devotions And Cultural ..."
""The oath a politician takes on January 20th includes seeing that the laws are faithfully ..."
Stewart M Schwartz Communion And Politics: The Eucharist Should ..."
"The Catholic church has the same problem as congress. Money Talks."
Renewableguy When Dealing With Climate Change, Silence ..."
"this is a very nice topic but i want to ask some questions, when you ..."
Kos Pap 1#Top Commenter The Interfaith Significance of Alexander the ..."
Browse Our Archives
get the latest updates from
A Little Bit of Nothing
and the Patheos
Catholic
Channel
POPULAR AT PATHEOS Catholic
1 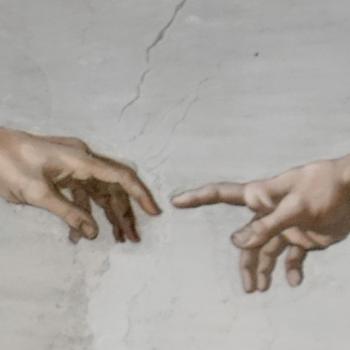 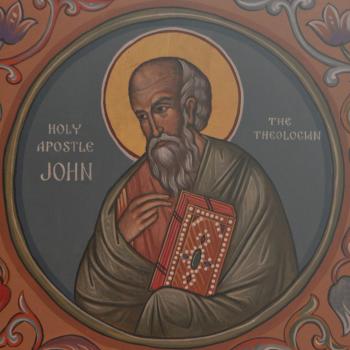