To Be Called Gods

Grace purifies, illuminates, and perfect those who cooperate with it. Its transformative power is said to deify those who perfectly join with it so that they can be called gods. It is true, they will not be gods by nature, but they will become gods by grace as they participate in and experience the divine nature.  This is how and why Moses was said to have become like a god for Pharoah: “And the LORD said to Moses, ‘See, I make you as God to Pharaoh; and Aaron your brother shall be your prophet’” (Ex. 7:1 RSV). Similarly, people can be called gods by the kind of authority they are given, such as we find with those who held positions of power in Israel, but here, those who were called such often were not worthy of the title. The Psalmist, understanding this, ridiculed those who took on the name of gods for themselves while not allowing themselves to be transformed by grace so as to be made worthy of the name :

How long will you judge unjustly and show partiality to the wicked? Selah  Give justice to the weak and the fatherless; maintain the right of the afflicted and the destitute. Rescue the weak and the needy; deliver them from the hand of the wicked (Ps. 82:2-4 RSV)

As a god unto Pharoah, Moses promoted justice, demanding the people of Israel to be set free from their unjust bondage. He used the power and authority he had been given for the sake of the people of Israel and not for his own selfish gain. He revealed the glory of God to others through his actions, a glory which elevates the afflicted and judges and condemns those who ignore the plight of the oppressed.  Moses had a special experience of God at the site of the burning bush, an experience which transformed him and elevated him beyond all others of his era. He fulfilled the expectations God had for him; he cooperated with grace, and through it, he was able to undermine the systematic structures of sin which hindered the people of Israel from fulfilling their place in salvation history. By promoting the cause of the oppressed over the oppressors, by freeing them from their oppression, Moses did what many of his successors would not do, even though they were to be given grace and authority so that they could continue what he had begun. They were, like him, called to be as gods, to present the glory of God to the world, but they abused their power and authority and so were rightfully mocked by the Psalmist. For they did not understand what the divine nature was like: they thought of it only in the terms of absolute power instead of love; they did not understand that the proper way for the divine nature to be revealed was in imitation of God’s love for the world.

The title of god is not to be used solely for those in position of power, but rather, it is meant to be used by anyone touched by God’s grace and transformed by it. Grace elevates people and gives them an authority all their own, an authority which they are to use to follow after God and like Moses, to use their charism to serve justice, to help the afflicted, to heal the world from the harm it has suffered as a result of sin. Nonetheless, Jesus also showed us that such justice must not be seen as a rigid, legalistic justice which knows no mercy nor forgiveness for those who change their ways. Justice is not truly just if it is not capable of granting forgiveness to those who repent of what they have done. Forgiveness, mercy, and grace are just as much a part of justice as is lifting up those who have been harmed by sin.

Throughout history, there have been special men and women of God, so touched by grace, that people could see grace had transformed them and elevated them so much that the effects of deification was apparent in them. The monastic charism, when properly lived out, gives us many examples of this, such as when St. Macarius the Great was seen to be like a god because of the way he showed mercy to others:

Macarius did not deny justice. He promoted it by promoting mercy. He was not interested in gossip, neither in hearing it, nor in spreading it. He showed the work of grace in his life, and it is by his gracious actions towards others he proved how and why he was like a god upon the face of the earth. Those who are one with grace will work for the forgiveness of sins, covering the faults of others, following after Christ who had first forgiven them and covered their sins by his grace.

Christians are called to cooperate with grace so that, through it, it would not be wrong to call them gods upon the earth, for they will live, not for their own selfish desires, not for their own idle pleasures, but to make the world a better place. They will do this by promoting justice in all its aspects (personal and social), even as they will work to overcome the defects of justice found in the world through the healing ministry of grace. Justice must not confused with some sort of nihilistic or retributive justice, rather, justice must be understood as restorative, doing what needs to be done to heal the afflictions caused by sin. Christians should share the grace they have been given with others, forgiving others as they have been forgiven themselves; they should do so, of course, in such a way so as to continue to promote justice and transform the way things are in the world. They will work to eliminate the structures of sin found in society and lift up the oppressed so that the afflicted would receive the justice which they had been denied. If Christians will not do so, then they, like the unjust judges ridiculed by the Psalmist, will rightfully be mocked, because they will have taken on a name and title without taking on its reality upon themselves. 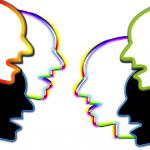 October 10, 2021
Apologists Must Embrace Charity Not Argumentation As The Foundation Of Their Work
Next Post 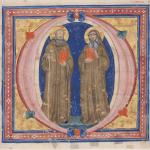 October 13, 2021 Engage The Spirit
Recent Comments
0 | Leave a Comment
Browse Our Archives
get the latest updates from
A Little Bit of Nothing
and the Patheos
Catholic
Channel
POPULAR AT PATHEOS Catholic
1 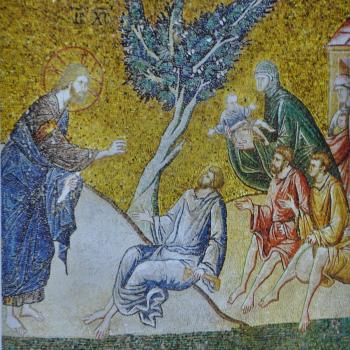 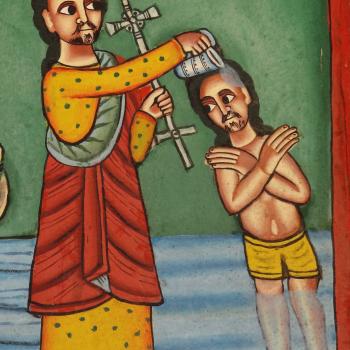 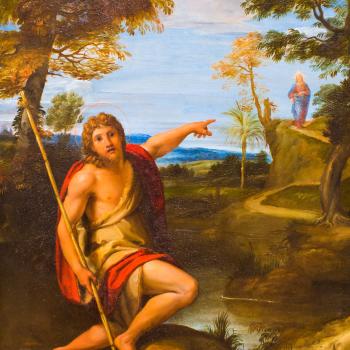 Catholic
Charism, Mission, And Service
A Little Bit of Nothing
TRENDING AT PATHEOS Catholic