The Up-Coming World Day Of The Sick And The Pandemic

The Up-Coming World Day Of The Sick And The Pandemic January 7, 2022 Henry Karlson

When the World Day of the Sick was first initiated thirty years ago, St John Paul II wanted Christians to think about, pray for, and take care of the sick, because often the sick, especially those with highly contagious and deadly diseases, or those with long-term illness, were often forgotten and ignored:

The Christian community has always paid particular attention to the sick and the world of suffering in its multiple manifestations. In the wake of such a long tradition, the universal Church, with a renewed spirit of service, is preparing to celebrate the first World Day of the Sick as a special occasion for growth, with an attitude of listening, reflection, and effective commitment in the face of the great mystery of pain and illness. This day, which, beginning in February 1993, will be celebrated every year on the commemoration of Our Lady of Lourdes, for all believers seeks to be “a special time of prayer and sharing, of offering one’s suffering for the good of the Church and of reminding everyone to see in his sick brother or sister the face of Christ who, by suffering, dying and rising, achieved the salvation of mankind.”[1]

He pointed out how many people, among them children, not only suffered greatly, but had their suffering ignored, making it much worse than it should have been:

Before the eyes of all are the very sad images of individuals and whole peoples who, lacerated by war and conflicts, succumb under the weight of easily avoidable calamities. How can we turn our gaze from the imploring faces of so many human beings, especially children, reduced to a shell of their former selves by hardships of every kind in which they are caught up against their will because of selfishness and violence? And how can we forget all those who at health-care facilities — hospitals, clinics, leprosariums, centres for the disabled, nursing homes — or in their own dwellings undergo the calvary of sufferings which are often neglected, not always suitably relieved, and sometimes even aggravated by a lack of adequate support? [2]

Who could have foreseen thirty years later that the world would be in the midst of a great pandemic, one in which many people, including those who claim to be Christian, ignoring the needs of the people that the pandemic brought to them? We see many, among those being Christians, who do not want to deal with the pandemic and its implications because it interferes with their own selfish desires. This year, the celebration of the World Day of the Sick should once again have Christian remember that being Christian means to follow after and represent Christ to the world.  They should see that a major part of his ministry was to care for the sick. Pope Francis, in words prepared for the up-coming thirtieth anniversary of the World Day of the Sick, reminds us that such care and concern should be had by everyone, not just those who work in the health care industry:

In this regard, I would like to remind everyone that closeness to the sick and their pastoral care is not only the task of certain specifically designated ministers; visiting the sick is an invitation that Christ addresses to all his disciples. How many sick and elderly people are living at home and waiting for a visit! The ministry of consolation is a task for every baptized person, mindful of the word of Jesus: “I was sick and you visited me” ( Mt 25:36). [3]

Sadly, many Christians have lost sight that they are to work for the common good, an expectation which should lead them to take care of those in need and do what they can do to make sure people do not needlessly suffer. During a pandemic, this means taking basic health care precautions, from social distancing, to taking a vaccine if and when such a vaccine is available [4] Those who are not willing to do so show contempt for their neighbor, indeed, it often seems as if some of them desire for their neighbor to get sick and die. St. John of Kronstadt reflected upon that terrible attitude with a warning which is as true today as it was when he wrote it:

One meets with distorted hearts in some men. At the celebration of the sacraments they breathe unbelief and insensibility, moral impotency or mockery, disturbance, and diabolical  fear! During the illness of those near to them one is also struct by their insensibility and even diabolical malignancy. They consider their sick brother as superfluous in the world, and inwardly think, “There will be more room for me if he dies,” not reflecting that every man – and they themselves – may perhaps die to-morrow, and not pitying the sufferer in their hearts as their own member.[5]

Of course, sometimes the sick are the cause of their own problems. They sometimes ignore sound medical advice, thinking they know better.  We see this in the way many are dealing with COVID, using all kinds of advice except the ones which work. In this way, it is not surprising, as Sharafuddin Maneri cautioned, that many of those who ignore proper medical advice end up dying. “When a sick person, out of contempt for others, tries to cure himself, he falls into destruction. He should seek an experienced physician who can provide a remedy for his illness.”[6] This is not to say we should not care for them, that we should not do what we can to encourage them, when they have a chance to deal with the pandemic properly and to get proper medical attention. We should. We should always seek for  the welfare of others. “If you wish to heal the infirm, you know that the sick are in greater need of loving care than rebuke.” [7] On the other hand, we must also recognize we have limited medical resources; we must also act prudentially, helping those who are most likely able to be helped when our resources are being taxed. Doing so should not be seen as a judgment call or a wish that someone should perish, but rather, the realization we  must make due with what we have and distribute it the best way we can.

The up-coming world Day of the Sick should be an important day for us, not only because it is the thirtieth anniversary for the day, but because we, as a community, as a world, are in the midst of a pandemic which, though we now have better ways to deal with it than when it first revealed itself to us, still continues to rage on and cause much harm. We are shown through it that the sick matter, and what happens to them affects us all. We can’t just abandon them and ignore them anymore. It is a truth meant not only for Christians, but for all, though Christians should see the importance of the day in the way it helps reminds us of one of the important elements of Christ’s earthly ministry, that is, Christ came to heal the sick and wounded.

[4] Of course, those who have legitimate reasons why they cannot take a vaccine are not obligated to do so; they become a part of those who are vulnerable and so those who are being protected by those who can and do take such a vaccine. 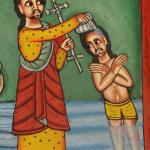 January 6, 2022
Baptism And Love: Transcending Legalism By Affirming The Law
Next Post 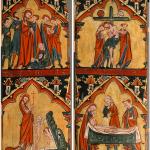 January 9, 2022 Taken In By Christ
Recent Comments
0 | Leave a Comment
"A very admirable ideal. Thank you.But for many centuries the Church and its hierarchy have ..."
alwayspuzzled The Consistent Option For The Poor
"We're not getting anywhere.There's no such thing as human decency. There's only ethical behavior, which ..."
Redcross Knight Unmasked: Pride, Malice, And The Spirit ..."
"A very insightful perspective. Thank you.Did God really intend for half of the gene pool ..."
alwayspuzzled Religious Life, Child Bearing And The ..."
"You don't have to feel, look, or act sick to be able to expose someone ..."
Ame Unmasked: Pride, Malice, And The Spirit ..."
Browse Our Archives
get the latest updates from
A Little Bit of Nothing
and the Patheos
Catholic
Channel
POPULAR AT PATHEOS Catholic
1 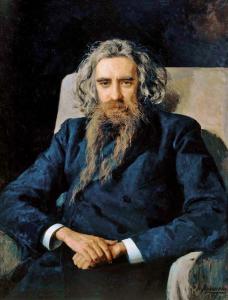 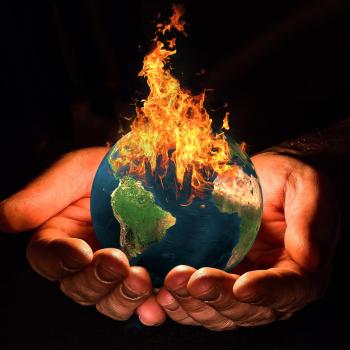 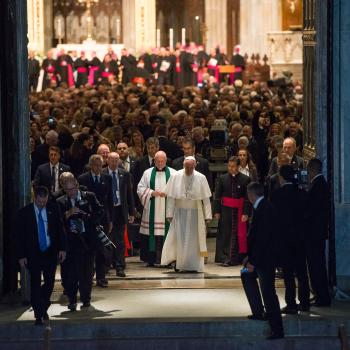