Since it is the time of the Pongal Festival, here’s a wonderful article about Pongal. Reproduced with permission from the Isha Blog.
Celebrations at the time of the winter solstice have been universal in almost every culture on the planet. It is seen as the rising of the new sun. In ancient Rome, this was celebrated as Saturnalia, which means it was about Saturn, the god of agriculture and food. In southern India, even today, the celebration of Makar Sankranti is one of the most important festivals in a year for the agricultural communities. In Rome, Saturnalia was a holiday – people gave gifts; no war could be declared on this day, and masters and slaves swapped their positions. In India, even today, men and women swap their positions at that time – men will be singing, women will be drawing complex geometric patterns in the form of Rangoli.

In lands like Central Asia and China, such celebrations were also prevalent. These traditions were destroyed in Europe and other parts of the world with the advent of Christianity. The ancient Egyptians always saw that during this month, the line between the physical and the spiritual is thin, or the two are brought close together.
Pongal or Makar Sankranti

Between the 14th and 17th of January are the festivals of Makar Sankranti or Pongal, as it is called in Tamil Nadu. There are different aspects to this festival, which falls in the month of Thai in the Tamil Calendar. There is Bhogi, during which houses are cleaned, decorated, and in a way re-consecrated for the new year, using materials like mango leaves and the first cut of paddy to enhance the vibrance in the house. All the unnecessary things in one’s home are disposed of.
Bhogi

In this season, you should get rid of all the unnecessary things in your life and begin life afresh. You should make this cleanup an annual event. Even if some cleaning up is done on a daily basis, a few things pile up here and there without you being conscious about it. This piling up is not only of material things in our homes. Also in our minds, in our emotions, in our bodies, and in our consciousness, things pile up. This is the time to clean that up and start afresh in the coming spring, as spring is the best time to start life in every way.
Mattu Pongal

Apart from Bhogi, the Pongal celebrations also include Mattu Pongal, which honors all the animals that traditionally play an important role in agriculture. On this day, the bulls and cows that are at the center of pastoral communities are decorated, pampered, and worshiped, as an expression of gratitude. In Karnataka and Andhra Pradesh, they make these animals cross a small fire made of hay. This is because during winter, when the animals stay inside more, their hooves tend to get worm-infested. So as a part of the celebration, they are made to walk over the fire. This cleans up their hooves and removes any worm infestation. Children and adults also run over the fire, just for the fun of it.

Today machines have come in but you cannot grow food out of just machines. If you do not put animal waste into the land there will be no question of any agricultural produce. So animals which work in the farms have always been very important part and on this day the bulls and cows which made the life of pastoral communities are worshiped and decorated. They are pampering in so many different ways. The idea is to recognize how important a role they have in the making of our lives. It is an expression of gratitude.
Kaanum Pongal

On the next day is Kaanum Pongal, which is a community affair – this means going and seeing people. The Makar Sankranti or Pongal festivities have various ingredients of cleansing, of appreciating and expressing gratitude to all the creatures that are involved in our lives. It is also about getting involved with the community, which means it also has a social connotation. It is a time of festivity.

December 22, 2014
Sadhguru’s Message for International Day of Yoga
Next Post

December 27, 2014 Mantras Explained
Recent Comments
0 | Leave a Comment
Browse Our Archives
get the latest from
Hindu 2.0
Sign up for our newsletter
POPULAR AT PATHEOS Hindu
1 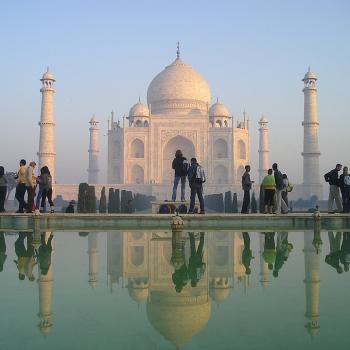