The Angels that Never Came…

During the service, which was streamed on Facebook Live, White-Cain called on ‘angelic reinforcement’ from the continents of Africa and South America.

‘I hear a sound of victory, the Lord says it is done,’ she said. ‘For angels have even been dispatched from Africa right now… In the name of Jesus from South America, they’re coming here.’

In her prayer, White-Cain is also heard speaking in tongues — an occurrence in which a speaker talks in a language they do not know, usually during an intense religious experience. Speaking in tongues has been practiced in multiple Christian denominations, as well as other religions.”

The angels never came, which raises the question, “Why?” 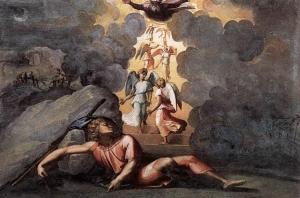 A hierarchy of angels is a ranking system of angels. Higher ranks have greater power or authority over lower ranks, and with different ranks having differences in appearance, such as varying numbers of wings or faces.

The most influential Christian angelic hierarchy was that put forward by Pseudo-Dionysius the Areopagite in the 5th or 6th century in his book De Coelesti Hierarchia (On the Celestial Hierarchy).

The Italian Dominican friar, philosopher, Catholic priest, and Doctor of the Church Thomas Aquinas [1225 – 1274] in his book, Summa Theologica (I.108) follows the Hierarchia (6.7) in dividing the angels into three hierarchies each of which contains three orders, based on their proximity to God, corresponding to the nine orders of angels recognized by Pope Gregory I (c 540 – 604).

Nine levels of spiritual beings are grouped into a schema of three Hierarchies, Spheres or Triads of angels, with each Hierarchy containing three Orders or Choirs.

Pseudo-Dionysius and Thomas Aquinas drew on passages from the New Testament, specifically Ephesians 1:21 and Colossians 1:16, in the New Testament, to develop their schema. During the Middle Ages, various schemes were proposed, some drawing on and expanding on Pseudo-Dionysius, others suggesting completely different classifications. I will limit myself to these schema as they are the most influential. Marsilio Ficino [1433 – 1499] provides a nice explanation for the angelic order.

Seraphim speculate on the order and providence of God.

Cherubim speculate on the essence and form of God.

Thrones also speculate, though some descend to works.

Virtues execute, and move the heavens, and concur for the working of miracles as God’s instruments.

Powers watch that the order of divine governance is not interrupted and some of them descend to human things.

Archangels direct the divine cult and look after sacred things.

Angels look after smaller affairs, and take charge of individuals as their guardian angels.²¹

“John Dee and the Empire of Angels: Enochian Magick and the Occult Roots of the Modern World” – Jason Louv

It is evident that Pastor Paula White was actually calling on Principalities from Africa and South America. Principalities care for nations, their people and their rulers.

The need for respect and humility in prayer

As a child, I remember my mother coming into my room to pray with me. We’d recite the “Our Father,” “Hail Mary” and a prayer to my guardian angel. These prayers were respectful and came from a place of humility. There are many online articles about the importance of this, and it is perhaps most appropriate to quote the words of Jesus:

9 To some who were confident of their own righteousness and looked down on everyone else, Jesus told this parable: 10 “Two men went up to the temple to pray, one a Pharisee and the other a tax collector. 11 The Pharisee stood by himself and prayed: ‘God, I thank you that I am not like other people—robbers, evildoers, adulterers—or even like this tax collector. 12 I fast twice a week and give a tenth of all I get.’

13 “But the tax collector stood at a distance. He would not even look up to heaven, but beat his breast and said, ‘God, have mercy on me, a sinner.’

This lesson has never left me, as I still believe that when calling on deities, angels and daimōns, it’s necessary to be respectful and humble. While there are a number of PGM spells I use which contain elements of compulsion, I’ve always felt more comfortable petitioning entities to come willingly.

Were the Principalities called on with respect and humility?

Pastor Paula White-Cain was praying on behalf of President Trump to bring him victory. I will not be touching on whether she was worthy to call on the Principalities and whether bringing President Trump victory would be subverting the democratic process, as the majority of Americans appear to have voted against him. Instead I will focus on President Trump’s attitudes towards Africa and South America.

Time reported on the aftermath of President Trump’s remarks on Thursday, January 11, 2018:

“He may be a president already known for his crude language and off-color remarks demeaning other nations, but Donald Trump’s description of Haiti, El Salvador and some parts of Africa as ‘shithole countries’ has sparked unprecedented international outrage.”

The inhumane treatment of children from Latin America kept in cages has been well documented:

“Many of the children held at Clint said that they were separated from family members and sometimes their primary caregivers at the border, in clear contradiction of their best interest. This is the regular practice of US Customs and Border Protection.  Not only do such separations render children “unaccompanied” and expose them to prolonged detention, they wreak psychological harm comparable to separation from a parent.”

“Guards in an immigrant detention center in El Paso sexually assaulted and harassed inmates in a ‘pattern and practice’ of abuse, according to a complaint filed by a Texas advocacy group urging the local district attorney and federal prosecutors to conduct a criminal investigation.

The allegations, detailed in a filing first obtained by ProPublica and The Texas Tribune, maintain that guards systematically assaulted at least three people in a facility overseen by Immigration and Customs Enforcement — often in areas of the detention center not visible to security cameras. The guards told victims that no one would believe them because footage did not exist and the harassment involved officers as high-ranking as a lieutenant.”

A number of dark-skinned women were forced to undergo unwanted hysterectomies:

“Her account is in one of multiple harrowing allegations of women held by US Immigration and Customs Enforcement (Ice) at Irwin county detention center in Georgia who have been forced to undergo unwanted hysterectomies and other unnecessary gynaecological procedures.”

The above is a small sample of the vilification and abuse suffered by people from Africa and Latin America. I doubt that the Principalities looking over the countries involved would be amenable to assisting a president who must ultimately bear full responsibility.

Retuning to the infamous shithole countries remark, on Thursday, January 11, 2018,  President Trump was quoted as saying:

“Why do we want all these people from Africa here? They’re shithole countries … We should have more people from Norway.”

To their credit, many Norwegians were very quick to decline the offer.

“I was with the President of Finland and he said we have — much different — we are a forest nation. He called it a forest nation,” Trump said. “And they spend a lot of time on raking and cleaning and doing things, and they don’t have any problem. And when it is, it’s a very small problem. So I know everybody’s looking at that to that end.”

Finnish President Sauli Niinistö denied having said this to President Trump in an interview published the following day.

President Trump’s tone was one of admiration for Finland and their comparative lack of forest fires, if his ignorance is overlooked.

The people of Norway and Finland are commonly considered as being predominantly white. The people of Africa and South America are predominantly dark skinned. President Trump could not have been any more blatant in the difference of his attitude.

Perhaps if Pastor Paula White-Cain had called on the Principalities set over Norway and Finland the outcome may have been different? We will never know.

Tips for calling on Principalities and angels

Unless you’re praying spontaneously from the heart, use a tried and proven formula or prayer. There are many such prayers online, and it’s a matter of finding one which resonates with you. Be humble and respectful towards the angel, and in the case of Principalities, the countries over which they preside, and the residents of those countries. Be low key in your prayer rather than putting on a show for the public. 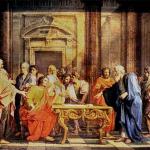 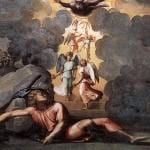 November 20, 2020
Browse Our Archives
get the latest from
Holistic Spirituality
Sign up for our newsletter
POPULAR AT PATHEOS Pagan
1 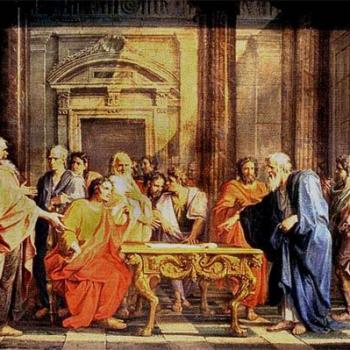 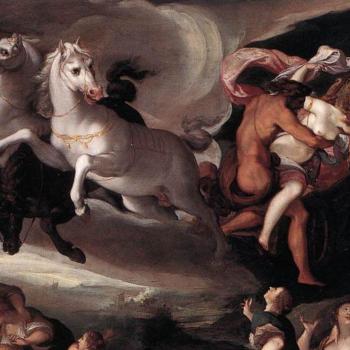 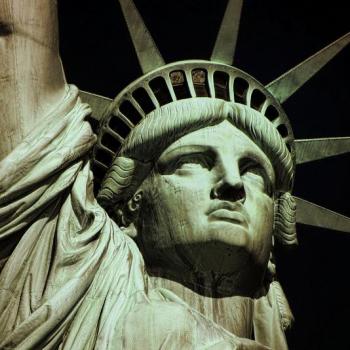 Information Privilege and Poverty in Paganism
Information privilege is evident in paganism, with our culture's emphasis on owning...
view all Pagan blogs
Copyright 2008-2020, Patheos. All rights reserved.