Aphrodite’s Origins in Hesiod and Homer

Aphrodite was “the goddess of love and beauty, and the embodiment of sexual pleasure (desire), seductive charm, and a capacity for deception. 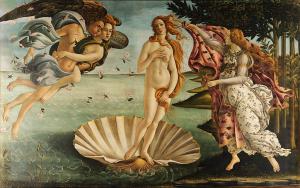 The Greeks thought of her as coming from the east and she was often given the name Kypris, the Lady of Cyprus.  …  She was also given the name Kytheria as on Cythera, off the Peloponnese, she had a shrine containing an armed wooden idol of Phoenician origin. It is likely she was an adaptation of the great Semitic love goddess known as the Phoenician Astarte or the Babylonian Ishtar. Aphrodite was the goddess of love, beauty, and fertility. She was depicted as a beautiful woman normally accompanied by the winged Eros (Love). She was often depicted nude.

But what of Aphrodite’s origins in Greek literature?

Aphrodite of the Syracuse type. Parian marble, Roman copy of the 2nd century CE after a Greek original of the 4th century BCE; neck, head and left arm are restorations by Antonio Canova. Found at Baiae, Southern Italy.

“Hesiod [Hesiodos] and Homer authored the oldest surviving Greek writings. The ancients were unsure as to exactly when Hesiod lived, with some (such as Herodotus) thinking that he was a contemporary of Homer. Hesiod was born in Boeotia in central Greece.

Hesiod was familiar with the writings of Homer and sometimes imitated them, indicating that he lived after Homer. His writing was harsher and lacked the aestheticism of Homer. Hesiod was probably writing around 700 BCE.

Two poems survive which most scholars believe can be attributed to Hesiod: the Theogony and the Works and Days. Both poems claim inspiration by the Muses. Nevertheless, some scholars doubt that the same person composed both poems. There are, in addition, a number of fragments that may possibly have been authored by him, while the Shield of Herakles, which was attributed to him in antiquity, cannot have been written by him, as it is influenced by art from the sixth century BCE.

The Theogony is a compilation of numerous local Greek traditions concerning the gods, organized as a narrative that tells about the origin of the cosmos and the gods from chaos to the triumph of Zeus and the Olympians. The Works and Days is a didactic (having moral instruction as an ulterior motive) poem on the necessity and inevitability of work, and contains an outline of the five ages of the world.”

The Theogony “was accepted as the standard account of the earliest history.”

Summarizing the relevant part of this earliest history:

“Gaia and Ouranos united to become the first couple, which became the first great dynasty, which eventually gave rise to the greatest deities. Gaia also united with Pontos to give rise to sea-deities, nymphs, and various monsters.

Gaia and Ouranos produced three sets of progeny : the Titans [Titanes], who consisted of six sons and six daughters, including Kronos and Rhea; the one-eyed Kyklopes [Kyklôpes] (possibly better known as Cyclopes), three gigantic sons who resembled the gods but had a single eye in their forehead; and the giants with one hundred arms and fifty heads, who came to be known as the Hekatoncheires (Hundred-Handers).

Ouranos was terrified by the hideousness of his progeny and prevented them from emerging into the light, keeping them in the hollow of the earth. Gaia groaned in pain and hatched a plan which, of all her children, only Kronos had the courage to fulfill. Gaia produced a new metal, gray adamant, from which she fashioned a great jagged-toothed sickle. That night, when Ouranos lay on Gaia to have intercourse with her, Kronos reached out from his hiding place and hacked off his father’s genitals. Kronos then hurled the genitals into the sea, where aphros (foam) gathered around them and in turn brought forth Aphrodite [Aphroditê].”

Thus, “Hesiod’s tale is based on the supposed derivation of her name from aphros ‘foam’.”

“It is almost universally accepted that the Hellenic world emerged in the ninth century BCE, after the Dark Ages.  …  The oldest alphabetic inscriptions are from the second half of the eighth century BCE. The Greeks introduced the innovation of recording vowels when they adapted the Phoenician (or Late Proto-Canaanite as the case may be) alphabet. The first two literary works to be recorded are Homer’s the Iliad and the Odyssey.”

“The two epic poems of Homer [Homēros], the Iliad (about the siege of Troy by the Greeks) and the Odyssey (the tale of Ulysses’ long journey home after the siege of Troy) are among the greatest texts of Western culture. The question of who actually wrote the Homeric poems and when has been the subject of debate since ancient times, and will probably never be unequivocally answered.  …

It is currently generally agreed that the siege of Troy took place c. 1200 BCE, and Homer’s epics were composed in the second half of the eighth century BCE, reaching their final form in the sixth century BCE.  …

The vast majority of people in ancient times had no doubt that the Iliad and the Odyssey were the work of one author.  This, however, is a view shared by only a small minority of contemporary scholars, and even then, there are often reservations.  …

The first century CE saw the first systematic attempts to undermine the historicity of Homer’s writings. These attacks persisted until the nineteenth century, when despite the scoffing of professional scholars, the German archaeologist Heinrich Schliemann (1822–1890 CE) demonstrated that Homer’s Troy (also known as Ilion) could be identified with a hilltop site in Turkey (historically Anatolia) called Hisarlik tell.  …  ‘Homeric archaeology’ shows that while some of Homer’s descriptions conform to Mycenaean realities, others have been modified to be better understood by his contemporaries.

Many details in Homer can be paralleled from excavated remains. Translation of the Linear B tablets has provided further evidence for the historicity of Homer’s accounts, although some scholars dispute this.  …

The value of Homeric poetry comes about as it has absorbed the earliest surviving Greek legends. These legends concern the deeds of kings and warriors living in the late Bronze Age (between the fifteenth and seventh centuries BCE) and their war against Troy, as well as its aftermath. The legends within Homer were thought factual throughout the ancient world.  …

There are, however, good reasons to consider Homer’s the Iliad and the Odyssey to be the ancient Greek equivalent of the Bible. These epic poems were the basis of formal school education and permeated the culture. Fifth-century Athenian schoolboys would memorize the poems. Every question, whether it concerned morals or appropriate behavior, in the human realm, the realm of the divine, as well as the interaction between these realms, could be answered by quoting verses from Homer. Homer’s writings were seen as a repository of all wisdom and knowledge, and provided inspiration for artists, poets, politicians, and philosophers, as well as providing guidance on duties toward the family and the deities. They also gave the Greeks a sense of unity despite the never-ending squabbling between the various city-states.  …  Homer was the law, religion, and entertainment of Hellenic Greece.  …

Homer’s writings are among the greatest writings that the Western world has ever seen and were the best known writings of the ancient world. They are arguably the supreme cultural achievement of the ancient Greeks. For nearly three millennia they have exerted a profound influence on Western thought and continue to do so.”

“The earliest source of information about the deities is Homer  …  and translation of the Linear B texts has provided further evidence for the historicity of his accounts, as some Homeric names appear, although some scholars dispute this. Many of the Olympic deities are mentioned  …  There does not appear to be any mention of Aphrodite  …  “

According to Homer, Aphrodite was the daughter of Zeus and the goddess Dione.

Wall painting from Pompeii of Venus rising from the sea on a scallop shell, believed to be a copy of the Aphrodite Anadyomene by Apelles of Kos

Which of the Origin Stories for Aphrodite is Correct?

According to Homer, Aphrodite was the daughter of Zeus and the goddess Dione. According to Hesiod, she sprang from the white foam that emanated from the castrated genitals of Ouranos when they were thrown into the sea).

Even though normally Homer is considered more authoritative, in this case, it is Hesiod’s version which has captured the imagination of people over the centuries. His version is dramatic and exciting, whereas Homer’s is very pedestrian by comparison. We will never know whether either version is “correct”, but Hesiod’s version wins the popularity stakes. 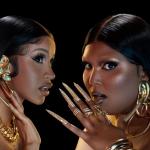 August 13, 2021 Lizzo, Cardi B and Greek Goddesses
Browse Our Archives
get the latest updates from
Holistic Spirituality
and the Patheos
Pagan
Channel
POPULAR AT PATHEOS Pagan
1

Irish-American Witchcraft: Why the Roots of...
Agora
Related posts from Holistic Spirituality

Pagan
Working with the Planets and Elements on a...
Holistic Spirituality 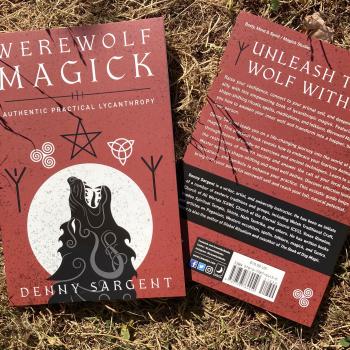 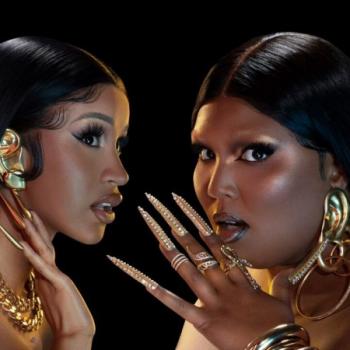 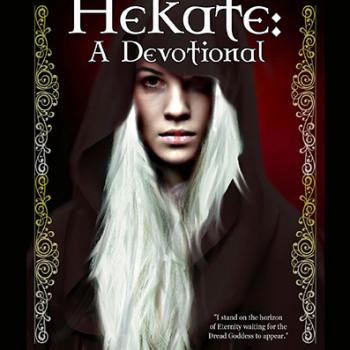