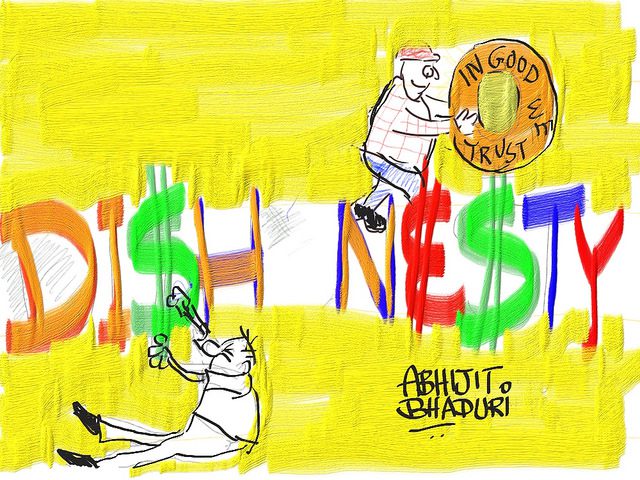 Here’s an opinion on how liberal theology began:

After the critique of Christian theology got underway in earnest in the West—beginning with Cherbury, Blount, and Toland in the seventeenth century; continuing with Voltaire, D’Holbach, Gibbon, Hume, Paine, Collins, Turner, and numerous others in the eighteenth century; continuing with Feuerbach, Shelly, Eliot, Schopenhauer, Nietzsche, Stanton, Bradlaugh, Ingersoll, Robertson, and many others of the nineteenth century; and following up in the twentieth century with Twain, Freud, Russell, Kaufmann, Martin, and numerous others—some very smart (but intellectually dishonest) Christian theologians made a decision to dodge critiques by revising theology.

Perpetrators retain ancient theological terms while utterly redefining those terms and claiming that new definitions are not radically new versions of the terms but are linearly connected to ancient concepts.

That’s now a misdemeanor in any night court in America, with a $50 fine and 15 hours of community service. To show how the perps operate, let’s look at several ideas, beginning with the topper-most of the popper-most idea, God.

Liberal revisionist:  ‘God? Certainly I believe in God! But let me tell you what I mean by that.’

What follows by way of explanation and definition will be something you have never heard before in your life. It might be elegant—and even credible. But it is NOT linked in any linear way to the ancient idea of ‘God.’ It is really a radical break, a new idea.

‘God,’ the term, is retained but redefined out of all proportion to three thousand years of understanding about the concept of God. God is no longer the great personality of the Bible but is remade so as to escape the charge of anthropomorphism. God is converted into something like the Tao, a formless force that, while being analogous to what we experience as personality in human beings, is not a ‘person’ at all.

Certainly revisionists believe in God, but the word ‘God’ means something very different in the revisionist’s mouth.

All theological ideas have been so revised. Consider the resurrection, hell, and the virgin birth:

Liberal revisionist:  ‘The resurrection of Jesus? Certainly I believe in the resurrection! But let me tell you what I mean by that. The resurrection is a fictive story physicalizing the continued felt presence of Jesus among the early followers of Jesus…’

Liberal revisionist:  ‘Hell? Certainly I believe in hell! But let me tell you what I mean by that. Hell is the instant annihilation at death of the souls of very bad people…’

Liberal revisionist:  ‘Virgin birth? Certainly I believe in the virgin birth! But let me tell you what I mean by that. We’re not speaking here of literal hymenal virginity but…’

These perpetrators, often highly educated, are everywhere. They are in churches, seminaries, university departments of theology, and even in departments of religious studies.

When apprehended, charged and convicted, part of the perps’ mandatory community service has been to ADMIT in public forums that they have proffered new and radical ideas that are NOT connected to ancient definitions of the terms in use.

One exemplary civic confession (night-court judges everywhere praise it) went along these lines:

I confess, and I am heartily sorry, that I have offered a radically new idea at variance with two thousand years of understanding about the ‘atonement’ of Jesus. I cleverly redefined atonement as ‘at-one-ment’ (i.e., Jesus is ‘at one’ with humanity in the moment of his death) and utterly discarded the bloody sacrificial component of the original idea of atonement. In my defense I can only say that my motive was to evade the corrosive and correct criticism of atheists regarding the antique and sub-ethical idea of blood sacrifice. I simply wished to make the atonement of Jesus more believable and palatable to myself and to a modern audience. I concede now that the revisionist project is intellectually dishonest—in refusing to admit incredulity about the old ideas and refusing to acknowledge that the new ideas are not the old retold but radically NEW notions with no connection to two thousand years of prior understanding about those ancient ideas.

Note the admission that the desire to revise old terms springs from the revisionists’ own disbelief in the classic, historic understanding of those terms.

Anyway, with rigor in the enforcement of new laws regarding intellectual misdemeanors, with alert students, with neighborhood watches, and perhaps even citizens’ arrests, it may be that in our own lifetime we will witness the decay and disappearance of the sophistical line, ‘Certainly I believe in X, but let me tell you what I mean by that.’

Most likely, in centuries to come, the self-deceptive liberal theological revisionism of our day will be recognized as a stepping-stone in a long, long process that will come to be called The Decline of Christianity. 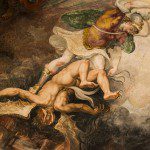 July 15, 2017
Little Things Can Make An Atheist
Next Post 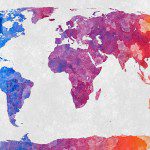 July 26, 2017 In Religion, Geography Is Fate
Recent Comments
0 | Leave a Comment
"The Capitalisations are not Random. Also, No, He is simply mocking Christians, and using the ..."
skwills Are Liberal Christians The Most Dishonest ..."
"You can't seriously be comparing mythology to actual observable science can you? It should be ..."
DJKong Are Liberal Christians The Most Dishonest ..."
"As to your first sentence, I am a non catholic, but sadly, I have had ..."
Judgeforyourself37 Limbo: Neither Here Nor There, But ..."
"If I recall correctly, according to Catholicism any Catholic can baptize a baby or perform ..."
C Nault Limbo: Neither Here Nor There, But ..."
Browse Our Archives
get the latest from
Humanist Plus
Sign up for our newsletter
POPULAR AT PATHEOS Nonreligious
1

An Evangelical Site Tries Hard to...
Roll to Disbelieve
Related posts from Humanist Plus