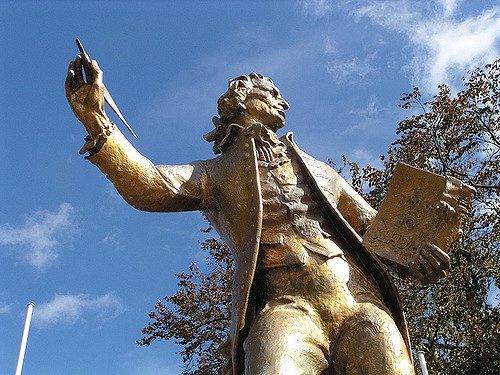 In the first decade of the twentieth century, President Teddy Roosevelt called eighteenth-century Thomas Paine a ‘filthy little theist,’ a phrase with as many errors in it as words, since Paine was fastidiously clean, stood taller than most of his contemporaries at five feet ten inches, and was a professed believer in God.

Paine was often called an atheist by Christians.  Why?

Let’s back up and remember who Thomas Paine was. Born in England, he was sent to America to make his fortunes by none other than Benjamin Franklin. In America, Paine became sympathetic to the American urge for independence from England and he wrote highly persuasive pamphlets encouraging revolution.

John Adams said that without Thomas Paine’s pen George Washington’s sword would never have defeated the Brits. It was Paine who suggested the name ‘United States of America’ and ‘USA’ for the fledgling nation. It was Paine who suggested that the new country have a written Constitution. Paine was one of the fathers of America and he personally knew all the other fathers. He went on to assist in the French revolution too.

Along the way, Paine wrote voluminously and his collected works will fill a shelf. One book alone brought Christian fury to Paine’s doorstep: ‘The Age of Reason.’ Why the fury? Because no other book dislodged so many thousands from the ranks of Christianity.

Anyone interested in the history of modern religious skepticism must read this book as well as Paine’s subsequent published defenses of the book. Here is a very, very brief summary of ‘The Age of Reason:’

But mere goodness was not enough and Christians could not imagine belief in God without the Christian apparatus for that belief. And so they utterly denied that Paine was a theist, against Paine’s own words. Paine suffered for his ‘atheism’ in his lifetime, and he indirectly made others suffer for it too decades after he died, during a penal era of malicious blasphemy prosecutions: booksellers, publishers, printers, typesetters, pressmen, even print shop girls, were sent to prison, some for years, because they aided in producing ‘The Age of Reason.’

Teddy Roosevelt received letters from the over the world asking (and demanding) that he retract the ‘filthy little atheist’ remark. Roosevelt wouldn’t  do it. Why would Roosevelt, living more than a hundred years after Paine, venture a negative opinion of Thomas Paine, who had performed invaluable service to an infant America? Accusing Paine of atheism suggests Teddy Roosevelt had never even read ‘The Age of Reason.’ So what was Roosevelt up to?

Here’s why Roosevelt did it:  ‘The Age of Reason’ was in a new loop of fame in the early twentieth century and the vice league lawyers could no longer suppress the book: booksellers and printers and type-setters and pressmen and print shop girls could not be jailed any more. How then to muffle the influence of the most damaging book Christianity ever faced?  Simple. Get a United States President to slander the author with a word that was then an epithet of abuse: ‘atheist.’  Get a President to refuse to retract three big inaccuracies in three small words: filthy little atheist. 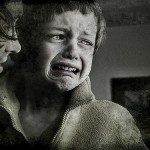 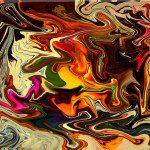 July 8, 2017 20 Options On God (Find Yours Here)
Recent Comments
0 | Leave a Comment
"I think you need to research what Barrett has been immersed into. Like all religions, ..."
David Hume Amy Coney Barrett’s Religion
"Religion cannot shut up about politics because the sole point of religion is power."
Brian Shanahan Can Religion Keep Quiet About Politics ..."
"I don't know where you get your information from but Catholics do not follow these ..."
George Finn Amy Coney Barrett’s Religion
"Scalia was bad enough."
Jim Jones Amy Coney Barrett’s Religion
Browse Our Archives
get the latest from
Humanist Plus
Sign up for our newsletter
POPULAR AT PATHEOS Nonreligious
1