Unconvinced About God Twenty One Times 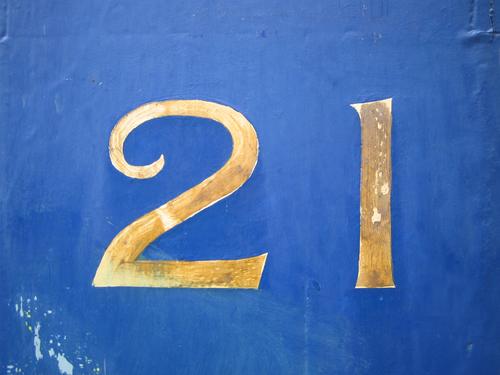 As far as I can discover from interviews with intellectuals and from reading books, there are 21 reasons many smart people find God unconvincing.

Here are the 21 reasons explained:

God as an old white man in the sky is unconvincing
Depictions of God as a humanoid (this is called ‘anthropo-morphism’ = in human form) have been considered incredible since ancient times. Rendering God as a male humanoid is not credible to skeptics. Does this male God have genitals, a deep voice, facial hair? Also, it’s curious that God usually resembles whoever it is that’s depicting God—and that’s men! Men made God in their own image and likeness.

God as all-knowing is unconvincing
Does God know terror, fear, pain, indigestion, menstruation, sexual attraction, sexual climax, pregnancy? Does God know the last number? No one is all knowing. Again, a nonsensical claim.

God as all-good is unconvincing
God is all-good and yet made a world that is bloody red in tooth and claw? God is all good and made predators and prey? (A lion might love the arrangement, but the hapless gazelle and bunny rabbit do not.) God is all-good but made the talon and the fang? God is all good but made 50,000 pathogens that are trying to kill us and the animals? God is all good and made diseases? What about all the suffering of animals and humans? In human affairs, would we call a person ‘good’ who sits by as a six year old boy beats a two year old girl and her pet kitten to death? No, any good person would intervene. And yet God has allowed a near infinity of pain and suffering to exist. Either God is not all good (or not all powerful) or God does not exist: these are the only explanations for the high degree of animal and human suffering on earth. More likely, there’s no God.

God as all-powerful is unconvincing
In human affairs, would we call a person ‘powerfully strong’ who sits by as a six year old boy beats a two year old girl and her pet kitten to death? No, if you are powerfully strong (and decent), you stop the boy killer. And yet the all-powerful God has allowed a near infinity of animal and human pain and suffering to exist. Either God is not all powerful (or not all good) or God does not exist: these are the only explanations for the high degree of animal and human suffering on earth. Also, to point out the contradiction of saying anyone possesses ‘all-power,’ skeptics ask: Can God make a rock so heavy that God can’t lift it? Again, ‘all-power’ is a nonsensical claim.

Religious virtuosos (saints, prophets, mystics) are unconvincing
They disagree with each other about what they experienced. And they disagree about God. They are in all religions.

Revealed holy books are unconvincing
None of the books are conspicuously divine. Human talent can explain them all. People from one religion do not acknowledge the revealed claims of another religion’s holy book, and skeptics simply doubt them all. Plus, some of the material in any ancient holy book is untrue and often sub-ethical by present-day standards.

God is not a convincing cause of the universe
God is not a solution as to the origin of the universe but only another layer of mystery. What caused God? It’s more believable that a material universe emerged from preexistent matter or energy than from a non-material Mind.

God is not a convincing explanation of morality
Moral rules emerged apart from religion and came from our species’ cooperative, altruistic, and inhibitive tendencies, all of which were utilized by natural selection to help our species succeed. No God ever gave humanity a moral rule. Adult humans honed moral laws through trial and error and socialized children into the rules of civilization. Children absorbed the rules as ‘conscience’ and grew up keeping moral rules. Religion simply came along and legitimized morality by claiming the moral rules came from the Gods. ‘Guilt’ attends any action that opposes the socially instilled ‘conscience.’ Also, non-believers in God are as moral as religious people, and some are more moral. Also, highly regarded moralists like Buddha and Aristotle, and all modern secular moralists, offer sophisticated, lofty morality without any appeal to a God.

The number of believers in God is not a convincing ‘proof’ of God
Millions, even billions, have been wrong before. In ages past, everyone was wrong about many things: the shape of the earth, the causes of disease, slavery. For thousands of years almost everyone was polytheistic.

Theists disagree too much (and that makes God unconvincing)
Hundreds (indeed thousands) of theistic sects suggest no one of them is true. If there’s a God and God has spoken, wouldn’t the world be in convinced agreement about God? Instead, we have a cacophony of discordant voices.

God belief is  explained naturally (and that makes God unconvincing)
Modern university disciplines like anthropology, psychology, sociology, evolutionary biology, and evolutionary psychology adequately explain the rise and success of religion and God belief. In prehistoric times, simple ignorance of natural causes led people to suppose there were super-natural causes for things. And when the natural causes were eventually discovered by some new science, some part of the super-natural God dissolved. It was thought for thousands of years that a God dragged the sun across the day-time sky in a chariot. Then came astronomy and cosmology and astrophysics to explain the real reason the sun appears to move across the sky. It was thought for thousands of years that God or demons cause diseases. Then medical science and biology uncovered germs. It was thought that God painted all the rainbows. Then came meteorology and optics with the true explanation. And on and on. Psychology has credible ideas about the rise of the ‘Father-Figure’ God.

God is not a ‘certainty’ when competent thinkers doubt God
Hundreds of millions of people on planet earth lack God belief. That is a not a trivial number of people. Tens of millions of Americans doubt God. And that’s not a trivial number either. The quality of many of the minds doubting God must be noticed, because many are highly educated and some are even geniuses. For a thousand years ALL the intellectuals and geniuses (100%) in the West (probably) believed in God. Nowadays, a majority of our intellectuals and geniuses (60%? 70%?) do not believe in God (most Nobel Laureates, most top scientists.) Though their intelligence is not infallible and they could be wrong, these people are not evil and are not disbelieving as an excuse to ‘disobey God’ and act immorally. They have real problems believing in the idea of God, as evinced in this very list of 21 items. As Emerson said of them, their skepticisms are not gratuitous or lawless but suggest real limitations on affirmative statements about God.

God belief may be an early phase of human evolution
Cro-Magnon peoples thought they were at the height of the human ascendancy (and they were!) They had their well-appointed caves, their tattered clothing, their grunts, their flailing gestures, their ability to count to five. But 30,000 years have passed since Cro-Magnons and homo sapiens have become quite a bit more sophisticated since then. What will another 30,000 years bring to the human race? And another 30,000 years after that? And another 30,000 after that? You and I have not arrive late to the story of humanity: we have arrived when humanity is still in its infancy. We are fresh with morning dew. And we have much evolving to do yet. None of today’s religions will survive. Religion itself won’t survive either. God belief will be seen as a human-contrived AID that humans outgrew (as a child outgrows a pacifier). God belief is not innate to human beings, nor is it necessary for human well-being, and the proof of this is the millions and millions of people who do not believe in God and feel nothing is lacking in their lives without God. (The most secular nations have the most civil societies, as Scandinavian countries.) In 30,000 years, no one will believe in God, just as no one now believes in the Gods of ancient Greece and Rome. 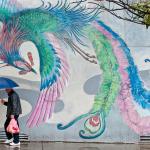 August 10, 2017
God Is Simply Incredible To The Educated
Next Post 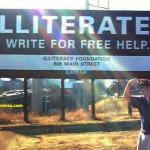 August 23, 2017 Irreligious Illiteracy
Recent Comments
0 | Leave a Comment
"Not knowing that God is a made up fictional character is like not knowing that ..."
Questioner 21 Times Unconvinced About God
"The conservation of energy means the total energy of the universe is constant. No creation ..."
Questioner 21 Times Unconvinced About God
"It seems a rarity -- at least among the Evangelical crowd."
Charles Daniel Christopher Can Religion Keep Quiet About Politics ..."
"Repent from what? He doesn't think he has done anything wrong."
Marie-José Renaud Will Trump Repent In Time ?
Browse Our Archives
get the latest from
Humanist Plus
Sign up for our newsletter
POPULAR AT PATHEOS Nonreligious
1

'Joseph Masturbated In The Corner, Too'...
Laughing in Disbelief
Related posts from Humanist Plus 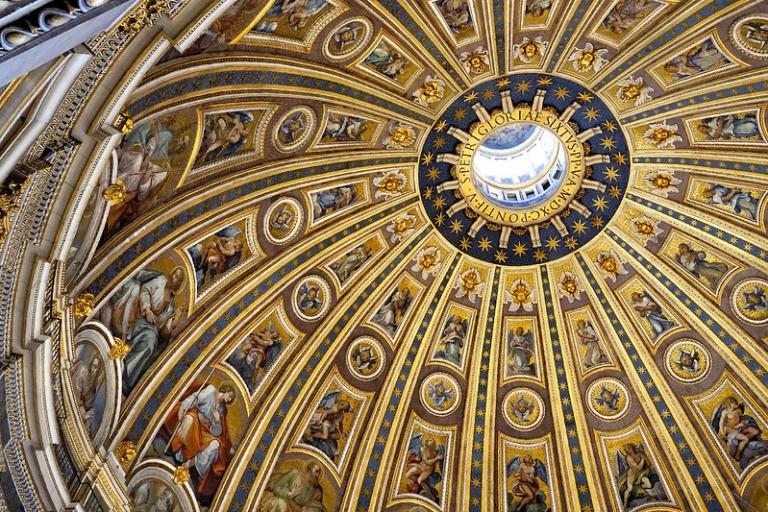 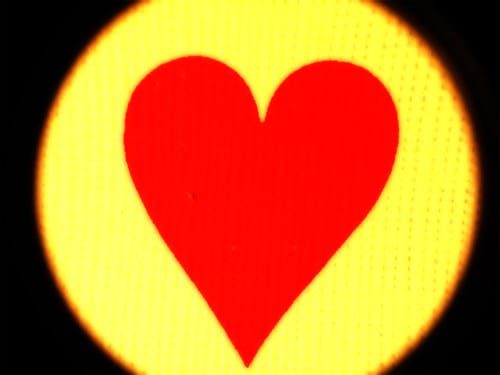 Church Bullies and the God Who Wasn't There
Hi and welcome back! On the heels of yesterday's discussion about two...
view all Nonreligious blogs
What Are Your Thoughts?leave a comment
Copyright 2008-2020, Patheos. All rights reserved.