Letters From The Damned Cro-Magnons 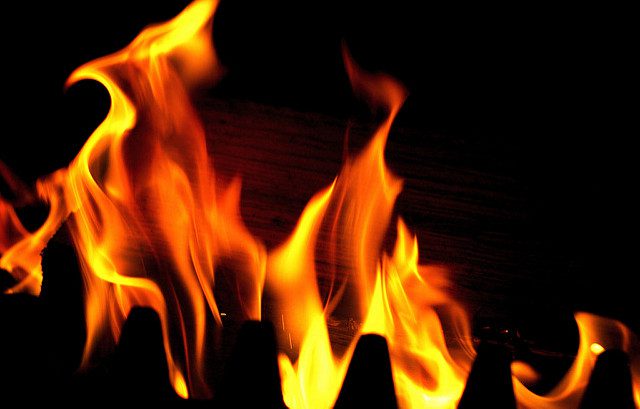 From the damned Cro-Magnon Man:

All of us Cro-Magnons, the men, the women, and the children, are here in hell. Not a one made it elsewhere.

It would have been fair if we had been made aware of the rules.

But to fling us onto this bonfire for disobeying laws we weren’t aware of isn’t what I’d call justice. It’s not justice either to stain us with a crime of a mythical pair.

How did an illiterate man like me become knowledgeable about a concept like justice? Well, let’s just say I’ve been schooled by the best in these here nether regions.

First I had to learn to talk, and that took a thousand years. After the talking, ideas sort of came naturally to me. But thought required teachers.

Aris is here. He got here not long ago by my standards. I think on the topside he was called Aris-tottle or Aris-tutor, or Aris-stasis, or some such.

Anyway, he has a way with words and a way with ideas. And this defect in justice that he talks about (retributive, by name) is my loophole, I think.

If I can only get a chance to make my case.

I don’t even know the tinpot judge who threw us into this stink hole.

From the damned Cro-Magnon Woman:

You always hear about Cro-Magnon Man, and I just want everyone to know there were women too amongst us Cromies.

When I say ‘men’ and ‘women’ I mean what you would call late teens and young adults—few of us Cromies lived very long. Not a white hair upon a Cromie head.

I was eighteen with five children when I died of exposure. I had wandered off in a heavy sleet, searching for one of my ambling children, the girl I etched that aurochs-bone necklace for. I tripped in a shallow hole, knocked my head on a smooth stone and slept under the floating snow.

That was where you’d call Britain, up near what has been named Liverpool, where the latter Lads are from, late of Pablo Fanques’ faire.

Since my death, it has been a rough forty-five thousand years in hell. But with that kind of time you get used to the inconveniences. And you can counsel the newcomers.

I think men take hell the hardest, but there have been some women who’ve been crushed by damnation, absolutely crushed. And the children? They’re inconsolable.

Like any captive, it helps to protest your innocence. And that’s what I tell folks to do. There isn’t one person in five hundred million who believes they deserve this anguish.

And think about me. What did I do that was so wrong? I didn’t wilt at the name of some invented deity, a deity no one heard of until forty-thousand years after I lived.

My life topside was already nasty, brutish and short.

From the damned Cro-Magnon Child:

I was what you’d call five when I died of a cough. I awoke to the fumes of this place, and though I was not alone, though indeed there were many others here engaged in grunts and groans and flailing gestures, I knew no one here until my brothers arrived, and then my father and then my mother and then my sisters arrived, in that order.

Not my brothers, not my sisters, not my mother, not my father, not any of us, ever aged these forty-five thousand years, though our torments have been such that, topside, we’d long ago have painted silver hairs upon our bodies, tip to toe. And we’d have creased and drooping faces, the stamp of care.

I heard this place is called ‘hell,’ a word that might have been beautiful if used for another thing like a riverbank flower.  ‘She plucked a clutch of purple hells/To sell in doubles by the dell’ might have been a child’s pretty ditty.

Too late for that.

‘Hell’ is the worst, most wracked word in the list. 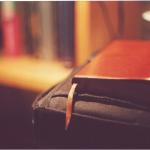 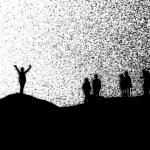 October 1, 2017 'Revelation' Is What Humanist Call 'Innovation'
Recent Comments
0 | Leave a Comment
Browse Our Archives
get the latest from
Humanist Plus
Sign up for our newsletter
POPULAR AT PATHEOS Nonreligious
1