‘Revelation’ Is What Humanist Call ‘Innovation’ 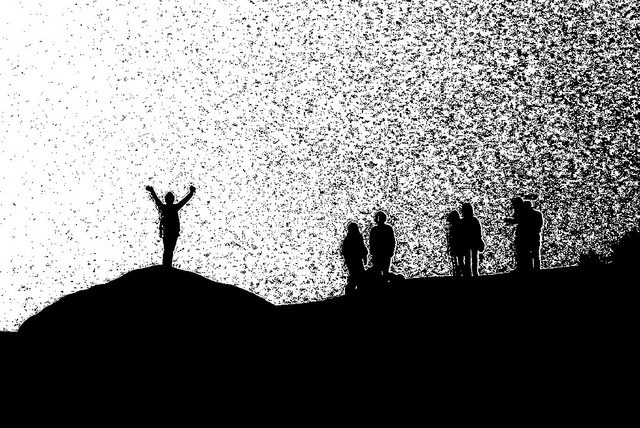 Concealed information, inaccessible to unaided human intelligence, supernaturally disclosed through oracular and literary media, and occurring long ago. The recipients of revelation are all the ‘revealed religions’ with revealed holy books.

There are three problems with the classic idea of revelation, expressible in three sets of questions.

The first set of questions: Is the revealed information really so out of bounds, so beyond the borders of human cognition and fancy and resourcefulness and art and practice—that humans could not have thought of it without the whispered promptings of feather-winged angels? For instance, couldn’t unaided reason concoct rules like ‘You shall not steal’ and ‘You shall not murder’?  Couldn’t routine human intelligence have stumbled upon those moral rules?

The second set of questions:  Was any revealed information really previously concealed? Something revealed must have been concealed. And yet dicta on stealing and murdering, to stay with these examples, were not concealed but were found the world over for many thousands of years prior to the Mosaic revelation of those moral terms. Might we say the very first instance and utterance of those moral rules, a thousand years or five thousand years before Moses and at every geographic point, was the original revelation of these rules?

These last questions expose classical revelation’s most serious problem—that it ever elevates the past above the present, that it presumes every present has no gift for novelty, that it implies that truth was told in the past and that every present must simply offer the old retold.

But why wouldn’t the current generation be able to receive its own peculiar revelations and itself commit those revelations to media that may inform the next five hundred years?

Or why not a continuing revelation, ever updated, generation by generation?

The matter was powerfully put by Ralph Waldo Emerson in his 1836 essay ‘Nature’ :

Our age is retrospective. It builds the sepulchers of the fathers. It writes biographies, histories, and criticism. The foregoing generation beheld God and nature face to face; we, through their eyes. Why should not we also enjoy and original revelation to the universe? Why should not we have a poetry and philosophy of insight and not of tradition, and a religion by revelation to us, and not the history of theirs? Embosomed for a season in nature, whose floods of life stream around and through us, and invite us, by the powers they supply, to action proportioned to nature, why should we grope among the dry bones of the past, or put the living generation into masquerade out of its faded wardrobe? The sun shines today also. There is more wool and flax in the fields. There are new lands, new men, new thoughts. Let us demand our own works and laws and worship.

Revelation is nothing other than innovation—in the past, present and future tense. Innovation is the chance of any living mind, and innovation doesn’t need the added adjective ‘religious’ when all innovation is a revelation.

Revelation is a human property and not a religious property at all. 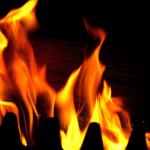 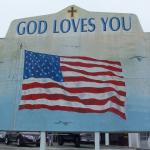 October 5, 2017 Political Theology American Style
Recent Comments
0 | Leave a Comment
Browse Our Archives
get the latest from
Humanist Plus
Sign up for our newsletter
POPULAR AT PATHEOS Nonreligious
1