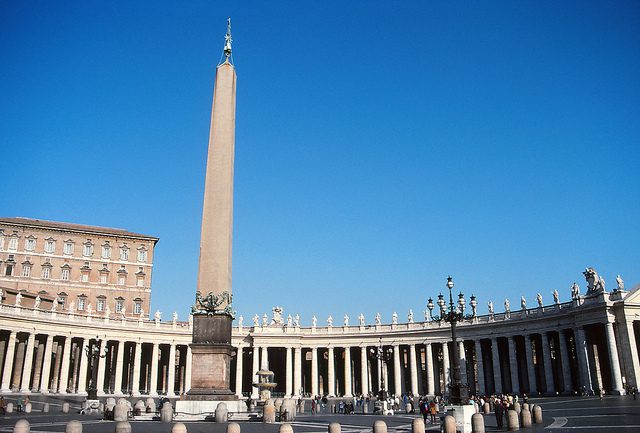 It is possible to think only Islam is susceptible to religious violence and forget about centuries of intermittent Christian violence.

And yet there is a history to tell.

Perhaps the Pope, who is highly educated and well-read, and who knows the history of Christian violence as well as anyone, can educate the world on this matter.

The Pope can see to it that a towering monument is erected at the center of St. Peter’s Square, replacing the ancient obelisk. Engravers will deeply etch the following words around the base of the memorial:

As Perpetrators We Mourn Our Victims

Above these words, at the pinnacle of the monument and moving downward, we’ll read the inscribed names of the known causalities of Christian violence—from the fifth through the twenty-first centuries. These names are those who were killed or maimed in body or in spirit, either by the ferocity of Christian certainty or by simple willful immorality.

Here are the categories of victims:

All these victims failed to feel the touch of human decency in the pitiless piety of holy madmen. Victims—whose tongues were severed, whose heads were dashed, whose limbs were burned by wax and fire, who ached upon strappado and rack, who suffered libels and lies, who were raped in pre-pubescence.

Beneath these names engravers will scratch symbols signifying thousands more of the nameless victims.

And finally, beneath all else, they will etch emblems for the thousands of unknown children, spouses, siblings, and loved ones of those killed or maimed, for these unknown lives too had been devastated.

Once the memorial is completed, we will see a silent, massive crowd press into St. Peter’s Square, among whom, let us hope, will be leaders of all Christian denominations and ordinary Christians from all sects. In the window above the basilica the Pope will intone a solemn litany and the people will beat their chests in reply:

And on and on—of the known names.

And then to the unknown names:

We do penance for the unknown killed or maimed in God’s name. We are heartily sorry.

And this will be said over and over again.

After the litany, which will last 40 days and 40 nights, the Pope may address the Christian world with these words:

Our atonement for The Centuries of Violence will be A Century of Silence, as we learn Bittul ha-tamid, the Jewish practice of ceasing liturgical worship in order to seek redress for moral wrongs.

Churches: Orthodox, Catholic, Protestant, will be draped in black, their lights dimmed. Devotees may enter the sanctuaries, but no speech is to be uttered. No words of liturgy. No spoken prayers. No hymns. (Better to right a wrong than sway in the Holy of Holies).

There will be no published works. No theology. No encyclicals. Not a word from the Churches for one hundred years. All this in Penance for the murder, for the maiming, and for the honor, of the victims.

His Holiness will end by citing a verse of scripture, breathed solemnly before a one-handed gesture of the cross, traced into thin air: ‘Omnis qui odit fratrem suum homicida est’—from St. Jerome’s Vulgate translation of 1 John 3:15:

Everyone who hates his brother is a murderer. 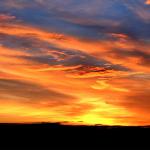 November 26, 2017
Muslim Violence And The One Percent Solution
Next Post 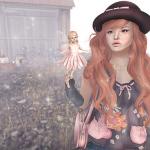