Many a Pastor Has Made Many a Humanist 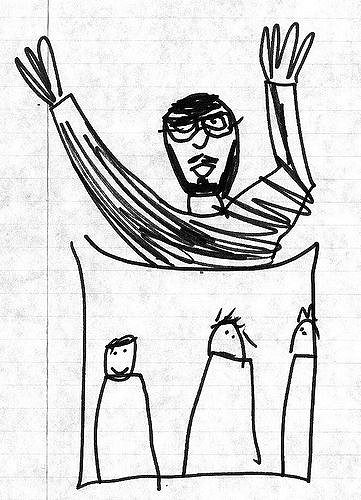 A number of Humanists and agnostics and atheists trace the origin of their religious skepticism to an over-reaching Pastor who made out-sized claims for the Bible or Christianity.

Exaggerated claims, once discovered as so, can produce a chink in the armor of faith, a chink that the arrow of inquiry may pierce, inserting doubt where once there was certainty.

Here are a few stories from Humanists I have interviewed:

A given Pastor claims all biblical ideas are original to the Bible. As a ‘revelation,’  as a revealed message from God, the Pastor expects no less of the Bible, because something revealed must have been formerly concealed.

The Bible must have offered original, never-before-seen ideas to the world, because if the Bible contains information or stories that were already offered in other ancient literature, the Bible cannot retain a ‘revealed’ status since its information was not formerly concealed prior to the Bible.

When a congregant becomes exposed to scholarly information showing that indeed numerous biblical ideas were borrowed from other cultures like the Sumerians or Assyrians or Egyptians or Hittites or Greeks or Persians, the congregant might very well have a chink gouged into his religious armor.

If the congregant stumbles upon this university data, a very big hole may appear in the wound-proof vest of faith, and a skeptical arrow called ‘method in dating historical documents’ may lodge there.

Another example is the Pastor who declares that the Bible was infallibly reproduced, mark by mark, ink stain by ink stain, word for word, over thousands of years of scribal hand-copying (producing the aptly named manu-script).

Therefore, no infallibly reproduced Bible exists. That Pastor’s over-reaching claim for utmost accuracy in hand-copied Bibles over thousands of years is just the kind of blunder that can cause a devout congregant to skip Sunday service next week and study the history of biblical text making, a study that is likely to make a chink, a palpable chink, in the breastplate of piety.

A Pastor may go on to make undue claims for Christianity itself.

Any given Pastor on any given Sunday may allege the uniqueness and superiority of Christian morality.

But then a congregant might eventually learn from scholars that a good bit of the Christian moral schema was adopted from ancient Greek and Roman philosophers. Thereby an arrow’s tip glances the armor of belief, dinging it.

If that same congregant becomes aware of the history of Christian violence and immorality toward Jews, heretics, apostates, pagans, Muslims, witches, savages, heathens, slaves, fellow Christians in 17th-century religious wars between Protestants and Catholics, gays, sexually-molested boys in all eras of Christianity—adding up the body count, the claim of moral superiority flags, and the arrow of skeptical inquiry can penetrate deep beneath the metal mail of the armor and strike a vital organ.

The same Pastor, in his moral mood, may warn that a society without God will devolve into tyranny, gross immorality, and violence.

But then a congregant could skim a desktop globe and realize that the least religious nations, the most godless, those in northern Europe, seem also to be the most civil societies on the planet. While some of the most religious societies, with 500 years of Christian guidance behind them, are the most violent and uncivil on earth, like Honduras and El Salvador.

Pastors, beware. Avoid excessive claims. Speak honestly. Otherwise you have only yourself to blame for shepherding portions of your flock into the swelling ranks of secular Humanism.

July 10, 2018
Why Do Humanists, Jews, Muslims, Sikhs, And Almost Everyone Else, Doubt That Jesus Was Divine?
Next Post

July 20, 2018 The Pope And His Confessor
Recent Comments
0 | Leave a Comment
Browse Our Archives
get the latest from
Humanist Plus
Sign up for our newsletter
POPULAR AT PATHEOS Nonreligious
1