Why Do Humanists, Jews, Muslims, Sikhs, And Almost Everyone Else, Doubt That Jesus Was Divine? 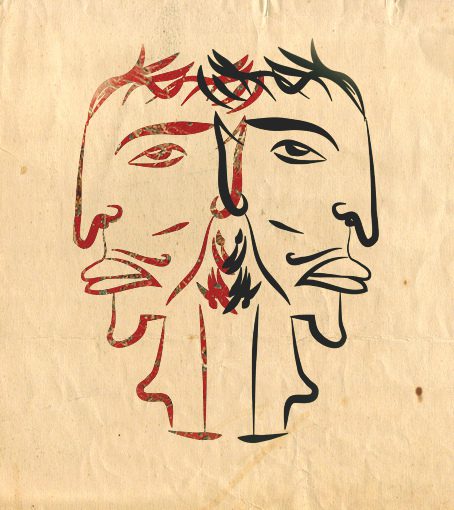 Humanists, along with monotheists like Jews, Muslims and Sikhs, and almost everyone else from all world religions except Christianity, doubt Jesus was divine.

But why would anyone doubt Jesus was divine?

It’s necessary to remember why:

Proof of the human side of Jesus came with stories of Jesus needing food and sleep, of feeling grief for dead friends, of experiencing fear at the thought of his own imminent death.

Proof of the divine side of Jesus came with his miracles and accounts of his walking atop deep lakes, feeding thousands of people with a sole fish, raising the recently dead, appearing in otherworldly visions with ancient prophets, and turning water into a celebrated wine.

Which would it be? Fully divine? Or fully human? Or half and half?

Soon there came another group with a novel view of Jesus, this one claiming Jesus was fully human and fully divine.

To some people this makes as much sense as being fully Republican and fully Democrat, but the fully this and fully that christology became the orthodox view of Jesus, assented to now by Eastern Orthodox Christianity, Roman Catholic Christianity, and Protestant Christianity (but not Unitarian Christianity).

Along with this ‘fully this and fully that’ claim came doubt about Jesus’ divinity.

And the reason was this:

A little bit of thought will make this clear:

If the first-century Jesus, the infant, the toddler, the boy, the adolescent and the man Jesus, who walked the pebbly paths of Palestine, was fully divine, we may rightfully ask a few questions:

Did first-century Jesus, as fully divine, know everything, as God in his omniscience purportedly knows everything?

Did first-century Jesus know all languages past, present and future? Did he know that China, Australia, and the Americas existed? Did he know all the thoughts of every human who was alive while he was on earth?

Did first-century Jesus know that a man called Kennedy would be assassinated in a year that would come to be called 1963 in a city called Dallas?

If you say ‘Yes’ and claim that the fully divine first-century Jesus knew all of this at every moment of his life, you invariably diminish the ‘full’ humanity of Jesus because no one who was ‘fully’ human in the first century knew any of this.

If you say ‘No’ to all of this and claim Jesus knew none of it, then you undermine Jesus’ full divinity.

Simple as that. There seems to be no way to keep full divinity and full humanity in balance.

If the first-century Jesus, the infant, the toddler, the boy, the adolescent and the man Jesus, who walked the dirt roads of Palestine, was fully divine, we may ask more questions:

Could the first-century fully divine Jesus do anything, as God in his omnipotence purportedly can do anything?

Could the first-century Jesus throw a pebble to the moon? Could he level a mountain with a word? Could he raise the plains of western Nebraska to the height of Annapurna or Everest?

Could first-century Jesus eradicate all diseases? Could he make another universe out of nothing? Could he destroy the current universe?

Could first-century Jesus create another God if he had wanted to?

And, even more challenging, could first-century Jesus construct a piano and play Rachmaninoff’s Prelude in C-Sharp Minor on it?

If you say ‘Yes’ and claim the fully divine first-century Jesus could do all of this, you invariably undo the claim of ‘full’ humanity for Jesus, because no one who is ‘fully’ human could do any of this.

If you say ‘No’ to all of this and claim first-century Jesus could do none of it, you surrender his full divinity.

And that is why Humanists, along with monotheists like Jews, Muslims and Sikhs, and almost everyone from all world religions except Christianity, doubt Jesus is divine.

For the doubters, who are a majority of the world’s population, fully this and fully that is hopelessly unintelligible, and it always was.

Saying Jesus is fully divine and fully human is an illogicality that cannot be rectified—except (!) by a mid-first-century notion offered by Paul in his Letter to the Philippians (collected with other documents in the Christian New Testament Bible). Paul says:

“In your relationships with fellow Christians, have the same attitude as Jesus Christ. In his very nature Jesus was God, but he did not consider equality with God something to used for his own advantage. Instead, he emptied himself of his divine privileges. He took the humble position of a slave and was born as a human being. When he appeared in human form, he humbled himself in obedience to God and died a criminal’s death on a cross.” (2: 5-8)

Paul’s idea is that God became a human and subjected himself to all the impairments and parameters of being human. And that must mean that the man Jesus was ignorant and weak, like all other bipedal humanoids who ever chewed with a tooth and peeped through eyes.

Paul’s idea is a more deft and credible walk along the borderline of divinity and humanity (though it too is as fabulous as the Phoenix). Even so, Paul’s has a better idea than fully this and fully that.

July 16, 2018 Many a Pastor Has Made Many a Humanist
Recent Comments
0 | Leave a Comment
Browse Our Archives
get the latest from
Humanist Plus
Sign up for our newsletter
POPULAR AT PATHEOS Nonreligious
1