A Humanist Lesson On Matthew Turner 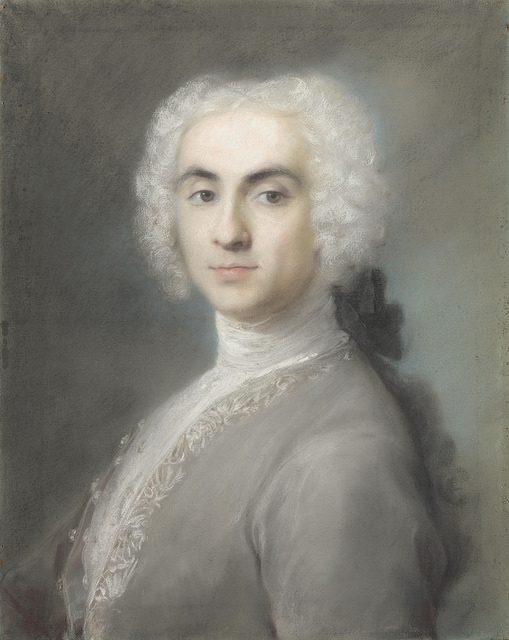 Matthew Turner defended his own skeptical position against Joseph Priestly, a known theologian and the writer of ‘Letters to a Philosophical Unbeliever.’

No tyranny is greater than that of ecclesiastics. These chain down our very ideas. Other tyrants only confine our limbs. They invite us to argument yet damn us to eternal punishment for the use of reason on the subject …  A religious dispute is not like others in philosophy, where the vanquished can only dread ridicule, contempt and disappointment. I must dread, besides ecclesial censure, the scourges, chains, and pillories of the courts of Law.

Going on record as an atheist, since Priestly doubted there were any atheists at all:

Be it therefore for the future remembered that in London in the kingdom of England, in the year of our Lord one thousand seven hundred and eighty-one, a man has publickly [sic] declared himself an atheist.

I have a right to truth and to publish truth; let society suffer or not suffer by it. That society which suffers by truth should be otherwise constituted, as I cannot well think that truth will hurt any society rightly constituted.

Pride in being an atheist:

I declare that I am rather pleased there are so few atheists than at all anxious to make more. I triumph in my superior light. I am like the Jew or the Brahmin who equally thinks himself privileged in their superior knowledge of the Deity. With me and my friends … we are so proud in our singularity of being atheists that we will hardly open our lips in company when the question is started for fear of making converts and so lessening our own enjoyment … After all, atheism may be a system only for the learned. The ignorant of all ages have believed in God.

Whether martyrdom authenticates the beliefs of the martyr:

Whatever advantage religion has had in the enumeration of its martyrs, the cause of atheism may boast the same … The variety of poor heretical wretches who have been immolated at the shrine of absurdity for all the possible errors of human credence, let them have their legendary fame.

Belief being moralized and made a criterion of merit:

The greatest debasement of the human mind is evidenced in the instance of attributing merit to belief, which has come at last to be styled a virtue and is dignified by the name of faith, that most pitiful of human qualities.

The relation of morality to God:

I would fix morality upon a better basis than belief in a Deity. If morality indeed has at present no other basis it is not morality: it is selfishness; it is timidity; it is the hope of reward; it is the dread of punishment … There never was a civil lawgiver who left crimes to be punished by the author of the universe.

Religion may make men build temples, sacrifice victims, offer up prayers … but never break a criminal intrigue, or restore an ill gotten wealth, or mortify the lusts of man … Whatever may be the difference of faith, vice predominates alike with the Christian and the Jew, with the Deist and the atheist … Men still plunge themselves into all sorts of crimes though they are persuaded of the truth of religion … Religion even encourages crimes by the hope it gives of pardon through the efficacy of prayer. At all events, those who hold up a belief in God as a sufficient proof and character of a good life are most egregiously mistaken.

Widespread suffering of animals and people:

The Deity lacks justice, or he lacks the power, or the will to do good and be just.

Suffering and pain being necessary:

If pain in this world is necessary for happiness, why will it not exist in the hereafter? If evil and pain are good and necessary now, why will they not always be so?   [The same can be said of freewill, which is claimed by theists to be necessary in this life, even though freewill produces much harm through the evil choices of humans. Why will freewill not exist in the afterlife if it is so important a value? Why will future residents of heaven not be able to freely revolt against God, as Satan and the rebel angels once did in heaven?]

Many illnesses plague humans and animals:

God designing health and introducing sickness is but a poor physician.

God leaves the proof of his very existence so ambiguous that even men with a habit of piety upon them cannot but have their doubts.

The cause of the universe:

What is there more that hinders a series of infinite causes to be carried back ad infinitum than that the reasoner or contemplator of the course of nature is tired?  The argument runs thus: 1. The universe shows design. 2. It is absurd to suppose an infinite regress of finite causes  3. Therefore there must be an intelligent infinite cause of the universe. Deny the second assertion and the problem is destroyed.

Bones of animals have been dug up which appertain to no species now existing and which must have perished from an alteration in the system of things taking place too considerable for it to endure … I cannot help judging the continual mutability of things is an irrefragable proof of the eternal energy of nature. Those who ask why the great changes in the state of things are not more frequent would absurdly require them to ensue within the short space of their existence, forgetting that millions of ages are of no importance to the whole mass of matter.

Featured image  ‘Portrait of A Man, 18th Century’  by DJANDYW.COM via Flickr 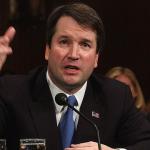 October 3, 2018 Kavanaugh The Casuist
Recent Comments
0 | Leave a Comment
Browse Our Archives
get the latest from
Humanist Plus
Sign up for our newsletter
POPULAR AT PATHEOS Nonreligious
1