No Religion Is Completely Novel 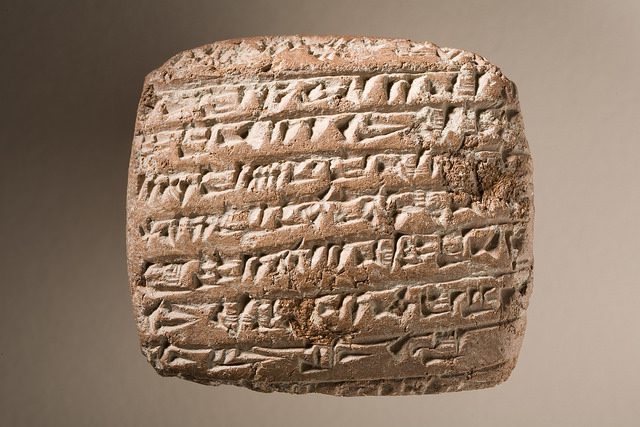 All ancient religions were once new religions. And all ancient innovators of those once-new religions borrowed ideas from even older religions, blending old ideas with new ideas to create a new religion. Scholarly sleuthing exposes the ancient borrowing.

For instance, the ancient religion of the Jews, when that religion was new, borrowed ideas from even older religions in Sumeria, Akkadia, Babylon, Egypt, and Persia: the bible’s garden paradise, the forbidden tree, the ethics of the ten commandments, the baby set afloat in a basket upon a river, the world flood, afterlife beliefs, and more, were borrowed ideas.

Some of these ideas were inscribed on the most ancient form of writing, cuneiform, thousands of years before the bible was written.

As another example of borrowing, Christianity, when it was new, borrowed ideas from the older religion of the Jews, thereby also borrowing the even older ancient ideas of the Sumerians, Akkadians, Babylonians, Egyptians, and Persians.  A taciturn farmer in Verdel, Nebraska is walking around with ideas in his head he thinks were first minted in the bible but were really invented by ancient Sumerians thousands of years before the bible was written.

Borrowing is part of the story of every religion. Few people know that.  Few know how much their religion has borrowed from other religions.

1. Time obscures connections between religions: The borrowing happened so long ago that few can espy it. Most ancient religions died, and time erased the ancient paths of connection between the dead religions and current living religions.

3. No opportunity to investigate the history of religious ideas:  Only those who stumble into a university course on religion would learn about religious borrowing.

4. The devout may reject the notion of borrowed ideas:  The uniqueness, and possibly the legitimacy, of a religion is at stake if the religion is not perceived to be completely innovative. No divinely ‘revealed’ religion needs to borrow ideas from pre-existing non-revealed religions.

Nowadays religions segregate people into societies of specificity and keep people apart. Wouldn’t it be helpful to admit the connecting threads between religions, to cinch those strands together and acknowledge the debt one religion has to another? At the very least, an admission of borrowing could temper religious smugness.

The religions of early history dating back several thousand years, and the religious dispositions of pre-historic peoples dating back tens of thousands of years, still reside in residue in our current world religions.

Nothing ‘holy’ is wholly novel. Religion, like human life itself, is always imitative, always following predecessors in consideration for, and in a nod to, the past.

September 10, 2018
No Taboo Against A Catholic Culture of Coverups
Next Post