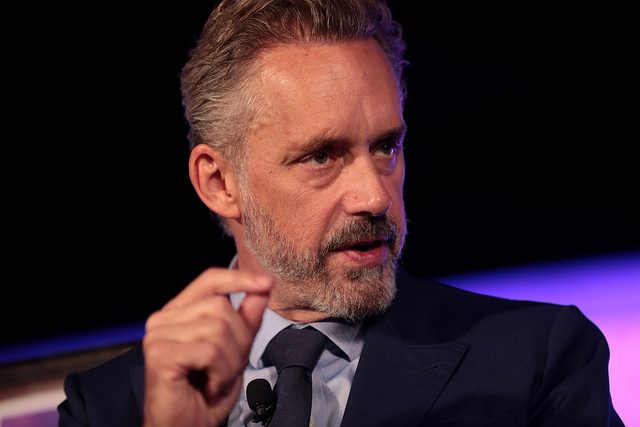 Jordan Peterson dodges the God question and he does it unartfully.

The question is put simply to Peterson by an off-screen interviewer in a May 2017 YouTube video:  ‘Do you believe in God?’  Peterson might have simply answered ‘yes’ or ‘no’ or ‘I’m not sure.’ But he performs a classic liberal theological sidestep, redefining his terms.

If you are unaware, liberal theological types re-define religious terms so as to make the terms more palatable to themselves. Here’s an example of the pattern most liberal theologians have taken over the last hundred years.

Resurrection? Certainly I believe in the resurrection. But let me tell you what I mean by that.

What follows by way of definition is something you never heard before in your life. It may be elegant. It may even be believable. But as a definition of ‘resurrection’ it bears no connection to a two thousand year old understanding of the term.

Let’s look at Jordan Peterson in this light.

This is an unartful dodge with mischievous questions because almost everyone agrees on the general meaning of both of those words—belief, God.

The possibility that they [those who ask if he believes in God] construe ‘belief’ and construe ‘God’ the same way I do is virtually zero.

That’s another unartful dodge and highly inaccurate since the meaning of those words over the last two thousand years has remained relatively constant and Peterson knows how everyone defines those terms and he himself should utilize our common lexicon.

Peterson on whether Christ is divine:

This too is dodging the question, unartfully.

Peterson on the meaning of divine:

Divine is what’s of ultimate and transcendent value.

An unartful dodge because his ‘definition’ (though perhaps vaguely ‘correct’) is not as the term has been understood for thousands of years.

Peterson on the resurrection of Jesus:

I believe in hell. But that’s subject to interpretation.

Are you getting the pattern? Dodge the question by redefining terms where the dodge is conspicuously unartful.

At the early part of this video wherein Peterson expresses these views, he says he does not wish to answer the question of whether he believes in God because those asking the question seek to box him in—on one side or the other.

No. It’s Peterson who does not wish to admit he’s already climbed into the box of his choosing. He is in no way a believer in God in the way that ‘God’ has been understood for many thousands of years.

December 14, 2018
The Wrong People Are Getting Damned
Next Post

December 26, 2018 Thanks For Having Me
Recent Comments
0 | Leave a Comment
Browse Our Archives
get the latest from
Humanist Plus
Sign up for our newsletter
POPULAR AT PATHEOS Nonreligious
1