If The God Idea Only Just Now Dawned On Us 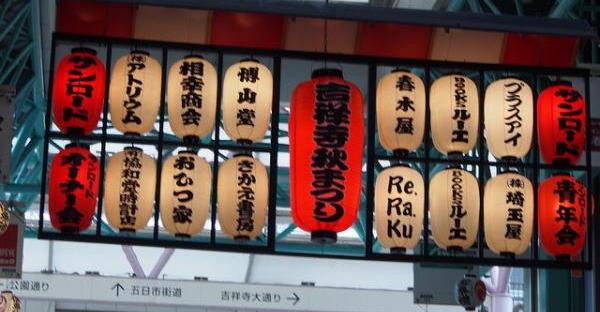 Suppose the idea of God only just now dawned on humans and had never existed before now. Suppose someone just floated the idea of a God for the first time today. What kind of God would such a person conjure?

I witnessed this conjuration in a Japanese man I met ten years ago. I was living in Tokyo with my family for two years and I felt some wonder that many Japanese have no idea of God, and I broached the topic with a well educated guy named Shimada-san at an izakaya in the lively neighborhood of Kichijoji.

Shimada-san was not a believer in God and he had never given the idea of God much credence at all. But, he said, were he to suppose there was a God, he would imagine a God in the following way.

He would start from what he currently knows about the universe and about the world, and he would outline the features of God based on that information.

I took notes at the time, and here is Shimada-san’s notion of God:

God is massively intelligent in way that the word ‘intelligent’ cannot begin to grasp.

God is colossally creative in a way that the word ‘creative’ cannot begin to grasp.

God is the rarest of mathematicians.

God is the most singular of artists and has all colors and forms and materials at hand to use in infinite arrangements.

God is a restless artist and always seeks new media: every life form on our planet has been terminal and a stepping stone to other life forms. Nothing has lasted or remained in its original form.

God may prefer water to land since our earth is mostly water. Then again, maybe God prefers angular arid land features, if billions of uninhabited, water-free planets offer any hint.

God may favor water life forms to land life forms on earth, since our planet is mostly water.

God may prefer beetles to all other land life forms on our planet since there are more species of beetles than any other thing, and the sharded beetle is often in a safer place than the full-winged eagle.

God existed apart from other intelligent life for eons before creation and for billions of years after creation and might have been more satisfied with a lonely life style.

God caused, and was therefore comfortable with, a high degree of animal and human suffering, since God engineered a world with a billion years of predator prey natural selection and then garnished the whole project with thousands of diseases to afflict life forms of all kinds.

God causes or permits, and is therefore comfortable with, a high degree of animal and human suffering right now at any current moment of the world, since God obviously sits idly by observing and not interfering with a world of pain.

God possesses nothing along the lines of what we humans call a ‘moral sense.’ If God has a moral sense at all, God’s moral sense easily accommodates the suffering of innocents.

God does not align with the more heroic notions of the word ‘love.’

God may have some temporary interest in sexuality, since the world has been, for some millions of years, a bawdy planet. However, eons before that there was no sex at all.

God does not value truth, since the human brain did not evolve to easily apprehend truth but is easily duped into error. Humans disagree on all important matters, including philosophy, religion, morality, and politics. We humans ask for truth and we respond with the din and cacophony of discordant voices. Someone is right and someone is wrong, but we cannot see that easily or convince all, or convince even a majority. Such dissent argues for a brain malfunction that God caused or allowed in humans, and God is the origin of this brain malfunction because truth is obviously not a big deal to God.

God does not have a favorite religion because no religion has ever gained a majority status, even after having been on the scene for millennia. Also, most religions—thousands of them—die out, leaving us to anticipate a similar demise for current and future religions.

God does not respond to most prayers, or any prayers, since billions of prayers go unanswered daily.

God has authored no holy books, because if God had authored a book that book would be better than Shakespeare, and none of the purported holy books is better than Shakespeare, who was definitely not a ‘holy’ author at all. (Think of the piety and promises of afterlife unholy Shakespeare deprived Hamlet of in the prince’s dying words. Hamlet could have said to Horatio: ‘I’ll see you in paradise’ or ‘Pray for my soul’ or ‘Thank God I was properly baptized.’ But no. Shakespeare makes Hamlet say, ‘The rest is silence.’)

As to God and humor, we would not gather from any holy book that God has a sense of humor because no holy book depicts God as having a sense of humor. But God might very well be funny, because many insects and animals perform hilarious antics, and select humans have been known to possess wit. Maybe the whole damn set up is, tip to toe, some perverted god-awful divine comedy.

That’s how Shimada-san proceeded while pretending to be the first originator of the God idea. He started with known facts and reasoned to the kind of God that aligns with those facts. The ancients did just that, but they lacked the knowledge we have and their God was mostly a warlord writ large. Those in the future will know more than we do and they can construct an idea of God that reflects their future understanding. Each epoch can fashion its own idea of God—based on the facts at hand, and with nothing but the facts, each epoch may render its God.

Shimada-san and I became friends while I was in Tokyo, and I saw him recently and he claimed to remember the night ten years ago in Kichijoji when he was pleasantly tight on a very dry sake and became loquacious and philosophical and conceived a God that, to Shimada-san’s mind, could be the only kind of God in existence. I reminded him of some of the keen details of his God idea, and with his eyes in flood with laughter he soon said to me,

‘You do know that I have always been and remain an atheist, don’t you?’

January 12, 2019 Franklin Graham's Sermon To The Masses
Recent Comments
0 | Leave a Comment
Browse Our Archives
get the latest from
Humanist Plus
Sign up for our newsletter
POPULAR AT PATHEOS Nonreligious
1