Jesus Surrendered Without Incident And So Should … 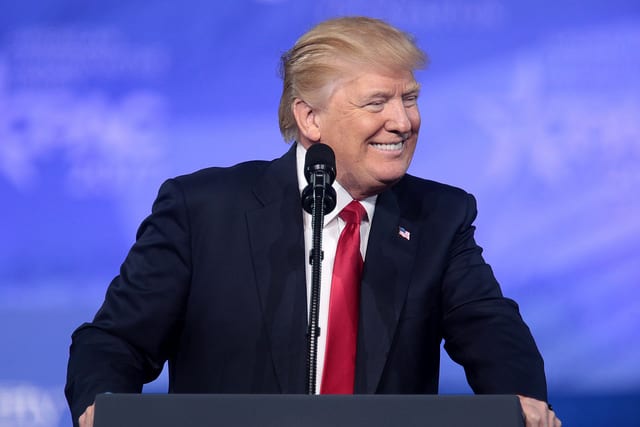 For instance, Evangelicals see Jesus in Trump’s threat of physical violence against opponents.

Trump claims he can depend on the muscle of the military, the police, and tough biker gangs to set his foes in place. These groups can only be pushed so far, and after that, things could get pretty bad, Trump says.  (That’s an overt threat of violence, by the way.)

Evangelicals  see  Jesus  in  this  threat  of  violence!

When Jesus was faced with enemies at his night-time arrest, he contemplated calling upon an army of 60,000 angels to rescue him. Presumably this angel army would have roughed up Jesus’ enemies during the operation.

(See Matthew 26:53 and its reference to a standing heavenly army of 12 legions of angels. One Roman legion was composed of 5000 men.)

But Jesus did not call on legions of angel armies. Instead, Jesus took his losses with dogged resignation and surrendered to the authorities who came to arrest him.

Evangelicals might read this story with a bit of disappointment. They might prefer that Jesus had called upon the celestial armies to wipe out his foes.

But Evangelicals really ought to see in Jesus a future model for Mr. Trump.

Yes, Trump may indeed call upon his 60,000 military personnel, police, and biker gangs to deliver him from his fate. But it would be better if Mr. Trump accepts his losses with dogged resignation.

March 29, 2019 Humanist Robert Ingersoll (and the GOP)
Recent Comments
0 | Leave a Comment
Browse Our Archives
get the latest from
Humanist Plus
Sign up for our newsletter
POPULAR AT PATHEOS Nonreligious
1