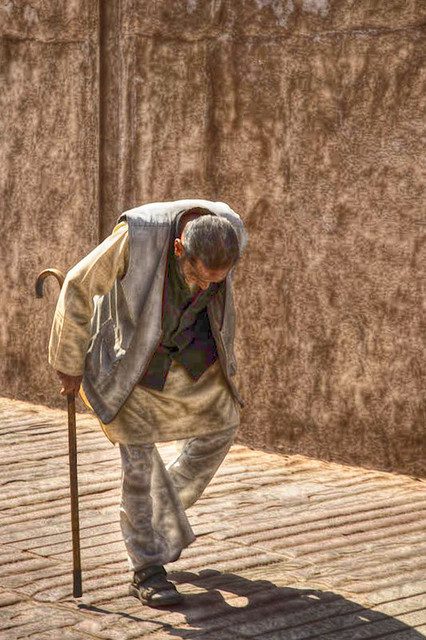 In centuries of Christian art, the adult Jesus was ever portrayed as a young man.

Three of the four biblical gospels speak of Jesus’ age, and each of the three says something different:

The Gospel of Luke chapter 2 states Jesus was born during a census enacted by Augustus Caesar. We know from other ancient sources that an Augustinian census occurred in 6 CE, although there was no Roman practice of requiring people to return to their ancestors’ hometown. So, according to Luke, Jesus was born in 6 CE.

And yet Luke chapter 3 says Jesus was ‘about 30’ when he began his ministry, a discrepancy with his own dating of Jesus’ birth and John’s emergence.

With one Passover mentioned in the gospel, and Passover being a once-a-year event, Jesus’ ministry could have been anywhere from several months to a year long. So, for Luke there are two possibilities for Jesus’ age when Jesus dies.

Jesus died sometime during the reign of Pontius Pilate, who we know from other ancient sources ruled between 26 CE and 36 CE. So, for Matthew, Jesus was between 30 and 42 years old when he died, with his public ministry beginning several months to a year earlier, since only one Passover is mentioned in the gospel, and Passover is a once-a-year event.

The Gospel of John chapter 8 tells of a person encountering Jesus during Jesus’ public ministry and saying that Jesus is ‘not yet fifty’ (i.e., 45 years to 49 years old).  In John, Jesus has a three-year ministry (three Passovers mentioned). So, for John, Jesus was between 48 and 52 years old when he died.

Would middle age men still idolize Jesus if Jesus were a fellow middle-aged man? Would elderly men feel a bit closer to an elderly Jesus?

If Jesus had died in his 90s, bent over like a hoop from a musculoskeletal disorder, hobbling along on a cane, blurred in vision, hair thinned to strings, teeth gone, struggling with dementia, and feeling the smart of pains and scars acquired from any number of diseases and surgeries endured along the way, Jesus truly would have suffered what middle aged men and elderly men have suffered. Jesus could still have been the Son of God, still a Savior, and be old at the same time.

Would an older Jesus be an apt recipient of idolization for the elder set of Christian men?  We were ever given the Young Man Jesus. Could anyone tolerate an Old Man Jesus?

May 2, 2019 Humanists & Moral Relativists
Recent Comments
0 | Leave a Comment
"The Capitalisations are not Random. Also, No, He is simply mocking Christians, and using the ..."
skwills Are Liberal Christians The Most Dishonest ..."
"You can't seriously be comparing mythology to actual observable science can you? It should be ..."
DJKong Are Liberal Christians The Most Dishonest ..."
"As to your first sentence, I am a non catholic, but sadly, I have had ..."
Judgeforyourself37 Limbo: Neither Here Nor There, But ..."
"If I recall correctly, according to Catholicism any Catholic can baptize a baby or perform ..."
C Nault Limbo: Neither Here Nor There, But ..."
Browse Our Archives
get the latest from
Humanist Plus
Sign up for our newsletter
POPULAR AT PATHEOS Nonreligious
1