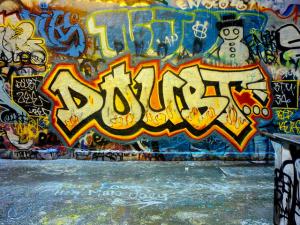 Atheists, Humanists, Freethinkers and Skeptics have been in good, elegant company for at least 2500 years. But few in the educated class know this.

Writing in ‘The New Yorker’ magazine, May 20, 2019, James Wood noted that the award-winning writer Marilynne Robinson lamented that she has yet to hear ‘the good Atheist position articulated’ and that she ‘cannot engage with an atheism that does not express itself.’

Marilynne Robinson is a person of Christian faith. Her writings sometimes glow in the tinctures of Calvinistic theology, an intellectual history she is vividly acquainted with. In her lamentation about never hearing the good atheist position articulated, she all but admits to being unacquainted with a 2500-year history of Elegant Unbelief.

James Wood went on in several pages to alert Marilynne Robinson to a few highlights in this history. He mentioned Pliny the Elder, Montaigne (a skeptic), Camus, James Baldwin, Louis Glucks, and Martin Hagglund.

This list could be enlarged by hundreds of names going back centuries.

Even Ph.D. programs in the study of religion or theology do not cover the history of unbelief. William James’s  ‘Will To Believe’ and ‘Varieties of Religious Experience’ may be taught, but what has never been taught alongside William James is John Mackinnon Robertson’s contemporaneous and devastatingly concinnous critique of William James. (See J. M. Roberton’s book ‘Explorations’ for ocular demonstrations of elegant unbelief.)

The literature of unbelief is vast and beautifully rendered in voices gifted with literary flair. This literature can be traced back 2500 years to the Charvaka school in India and to select sages in ancient Greece at the same time period, and later to ancient Rome.

Western unbelief suffered with the ascendancy of Christianity and Islam, both of which targeted public, avowed unbelief as a capital offense. Unbelievers were ever-present, but it became unsafe to publish one’s doubts. Skeptical writing disappeared for a thousand years, and it only reappeared bit by bit in early European modernity, till at last, by the eighteenth century, avowed atheism reemerged under that name and under other names like Freethought and Humanism and Agnosticism. Even eighteenth-century Deism, with its acidly percipient line-by-line criticisms of Christianity, could have been a closet atheism for the cautious.

Below is a short list of books that provide author names and bibliographies of Elegant Unbelief that Marilynne Robinson should research in order to engage with ‘an atheism that expresses itself:’

Varieties of Unbelief From Epicurus to Sartre edited by J. C. A. Gaskin

A Short History of  Freethought, Ancient and Modern (2 vols) by J. M. Robertson

A History of Freethought in the Nineteenth Century (2 parts) by J. M. Robertson

The Rise and Influence of Rationalism in Europe by W. E. H. Lecky

Freethought in the United Kingdom and Commonwealth by Gordon Stein

100 Years of Freethought by David Tribe

400 Years of Freethought by Samuel Putnam

2000 Years of Disbelief by James Haught

A Biographical Dictionary of Modern Rationalists by Joseph McCabe

The New Encyclopedia of Unbelief edited by Tom Flynn

Sources like these will alert readers to the writings of hundreds of non-religious thinkers, some with recognizable names among the famous folk in various areas of human endeavor and intellect. Even the unfamiliar authors, you will find, are quite gifted writers.

Few in the educated class know the history of Elegant Unbelief because our educational system never exposed us even to a sliver of this history, as evinced in Marilynne Robinson’s seeming unawareness of it.

June 17, 2019 Un-Angry Atheists & Humanists
Recent Comments
0 | Leave a Comment
Browse Our Archives
get the latest from
Humanist Plus
Sign up for our newsletter
POPULAR AT PATHEOS Nonreligious
1 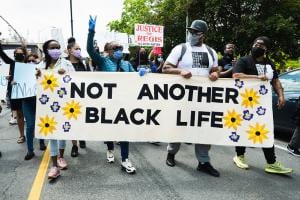