God Has A New (Old) Book Out 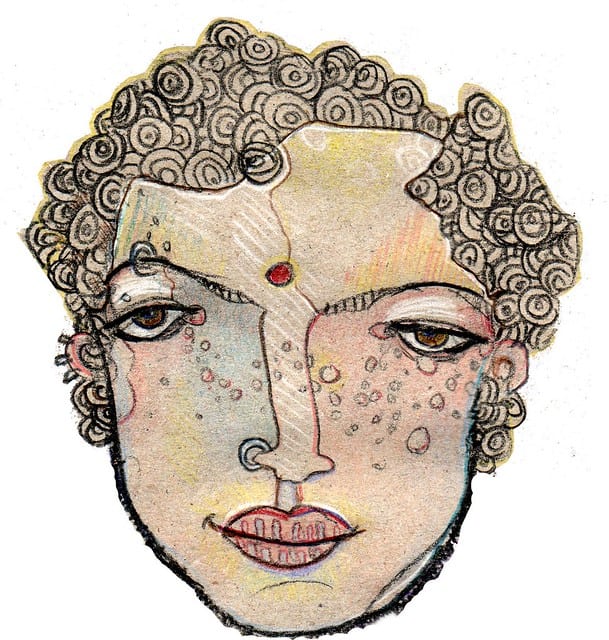 ‘God, The Official Autobiography of The Hidden Years’  has just been published. The work originated eons ago as etchings inscribed with a lush hand in a smooth patch of Arizona red rocks. The handwriting was none other than that of the Deity, who decided in some antique moment to record the earliest of early recollections.  Here is the opening chapter:

First  Memory
My genuine earliest memory is the awakening of my senses all at once. I saw blackness. I smelled burning orbs. I tasted the honeycombed luxury of my tongue. I felt the delicate surface of my being. I heard a vast stillness. My interior life commenced with my sensual arousal. And by interior life I mean my intellectual life, the life of my mind.

First  Thought
My first thought, so far as memory permits, was as follows. I thought taste supersedes smell, smell supersedes touch, touch supersedes vision, and vision supersedes hearing. I have since reevaluated these in almost reverse order.

First  Word
I was immediately aware that I was using words to think these thoughts (though the origins of words in me is as mysterious to me as my coming to be). The first word I recall saying aloud was GOSTOSO. How I was able to utilize the Portuguese word for  TASTY  I’ll never know. My facility with language is inscrutable, even to me. Note too that the language you are reading me in right now is not my first.

First  Smell
My next thought concerned the scent of what I now know was burning hydrogen, helium, chromium and iron. It is odd that I did not think of the names of those chemicals at the time; perhaps I did not know the words, in any language. My thought, however, was that the aroma, a word I made up like some Stratford lad, a word I’ve since acquired great fondness for, was altogether stiffening, spine straightening, but not unpleasant to me in the least. Subsequent thoughts were further mental commentaries on my baby-like sensuality.

First  Touch
Touch, I thought, could amuse me forever.

First  Sight
Sight lacked variety, of course, with all that blackness. But the grainy, circular all-encompassing darkness imparted its own philosophy to me, one of merriment and of  (here’s an old word I coined) glee. I thought that that word actually mimicked the feeling I had upon seeing black. After black, I saw the blushing effect of my babbling initial vocalization, which made, or made for, the entire jaw dropping spectrum of color. I’ll explain this shortly.

First  Heard
Concerning the sense of hearing, I thought that it’s possible to hear even without sound, for the sound of silence is in fact sound. I then heard another sound: a noise, something louder, melodic, smoother, more mesmeric and consoling than the acoustical silence I was listening to.  What was it?  It didn’t yet have the ring of familiarity.  What was it?!  It was my own voice saying the word GOSTOSO !  There was an echoing of that utterance and my immediate thought was that I had produced some alteration by the act of talking, as if a word spoken by me, without gesture, without facial expression, without movement, and without much in the way of intonation––in other words, without those important ingredients that propel most communicable expression––had caused other things to exist. (Things is my coinage too.)

A  Deed  With  No  Name
And so it was. This is exactly how all the dizzy universes came to be. Such was the unbidden ability of the word GOSTOSO  in my mouth. Accidentally kicking over a bucket of mud and calling the drippings creation would be a misuse of the term creation. Likewise, creation is too lofty a word to describe the coming to be of things on my account. (I did not invent the word creation; it’s not my type of word.)  My act was not even strictly creative. If the coming into being be of things must be named, perhaps mishap would better serve, or fluke. But I prefer no word at all. It was a deed without a name.

September 24, 2019 Skeptics Of The Seventeenth Century : Hobbes
Recent Comments
0 | Leave a Comment
Browse Our Archives
get the latest from
Humanist Plus
Sign up for our newsletter
POPULAR AT PATHEOS Nonreligious
1