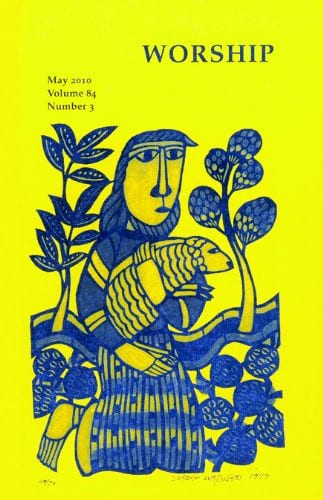 All recipients of admiration, all persons esteemed, all venerated lovers—get a taste for what it feels like to be worshipped.  Nothing elevates the mood better.  You can skip through a day of a hundred and one trials when you know someone somewhere adores you.

And adoring someone else is almost as pleasant as being adored.  Having an object of regard to lavish one’s praises upon lifts the mood.  It’s a giddy thing to pen a poem to your lover’s eyebrow.

Such ‘worship’ may be the height of human dispositions.  And since religions deal in professed superlatives, worship was absorbed into religions as the ultimate offering to the Gods and considered the most excellent state of existence for humanity, an existence continuing into a perpetual afterlife of adoration of the Gods.

But really, as we know, the religious injunction to worship is all about human needs and nothing at all about the Gods’ needs.  Why would Gods need worship?

Do Gods require an emotional push to get through a sullen Sunday afternoon?  Do Gods have ego needs?  Do Gods have an anemic self-image, a confused identity?  Do Gods need reasons to smile?  Do Gods get disheartened and spend their time moping when only one billion of many billions of people adore them?  Do Gods crave apologies and heart-shaped spiritual candies from their inattentive flocks?

The Gods require none of this.  It would be enough for Gods to contemplate the eternal verities tracing through their minds at any given moment of time.  A true God would rather ponder a mathematical conundrum than be accosted by the inharmonious din of human singsong.

Worship is a human need, not a God’s.  This explains the persistence of worship in the absence of actual deities.  If Gods and otherworldly entities do not exist, and yet have been worshipped by millions of people over thousands of years, we may interpret the felt urgency of worship as a deeply rooted human need.

But how to explain the minority of people in every age who escape religious feeling and would rather skip a flat rock on a windless pond than hinge their knees to imaginary idols?  Where is their need to worship?

December 9, 2019
Evangelical 'Elect' Are Deceived In Trump
Next Post

December 21, 2019 'Christianity Today' & Ralph Reed Evangelicals
Recent Comments
0 | Leave a Comment
Browse Our Archives
get the latest from
Humanist Plus
Sign up for our newsletter
POPULAR AT PATHEOS Nonreligious
1

MLMs' Future: LuLaRoe and Its Pyramid...
Roll to Disbelieve
Related posts from Humanist Plus