What’s A Humanist To Make Of UFO Religions? 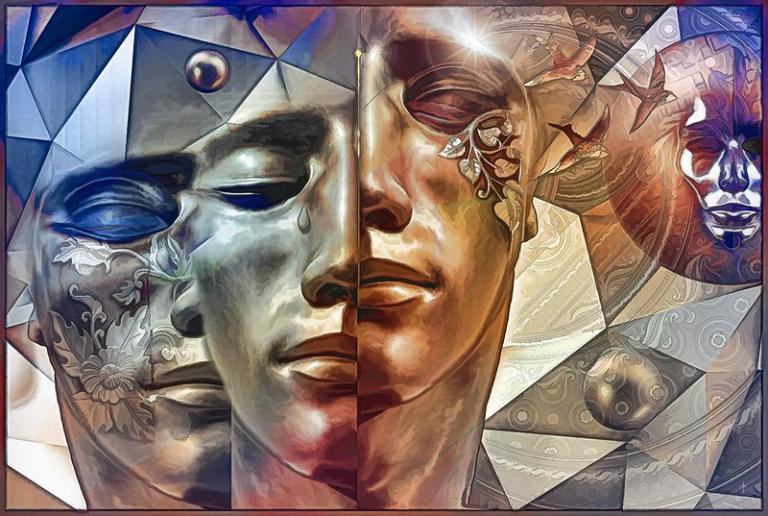 To the good looking 16th century Giordano Bruno’s mind, an infinite God could conjure infinite habitable planets  in a day and a half of creative labor and thereafter manage the menagerie for His entire life.

But the notion of extra-earth beings did not align perfectly with the reigning Christian orthodoxy of sixteenth-century Europe, and so the handsome Giordano Bruno and his handsomely bound books were burned to cinders.

In fact, no ancient religion dreamed of other worlds or moved beyond its local locale, even though some ancient notions of God included divine attributes like omnipotence and omniscience, which are two bullets on a heavenly resume that should suggest ease in supervising many billions of inhabitants on many billions of planets.

Theologies in all historic moments only confirmed these prejudices, until the twentieth century.

UFO was coined in the twentieth century and it refers to an Unidentified Flying Object, presumably piloted by beings from other galactic neighborhoods than our own.

It is one thing to imagine life beyond the third rock from our sun. Most educated people can admit this is likely. It is another thing to think that other planetary beings have been flying low over rural New Mexico since the 1940s. Some educated persons believe this but most do not. It is quite another thing entirely to think that extra-terrestrials are communing with and abducting human beings. Most disbelieve this, although some educated persons of stable mind (both terrestrial and extra-terrestrial) have testified to its truth. Finally, it is another issue completely when someone draws a religion out of the whole UFO universe. But this was indeed done in the latter half of the 1900s.

Here is what a Humanist might make of all this:

As with all theologies, exo-theology speculates on something it knows absolutely nothing about, namely, in this case—what alien entities from distant galaxies believe about, compose creeds about, debate to death about—the inner life of a God.

Featured  image  ‘The  Laws  of  Ion’s  Transcendence’  by  Daniel  Arrhakis

December 5, 2019 Loophole Hatred For An American President
Recent Comments
0 | Leave a Comment
Browse Our Archives
get the latest from
Humanist Plus
Sign up for our newsletter
POPULAR AT PATHEOS Nonreligious
1