When A Miracle Occurs 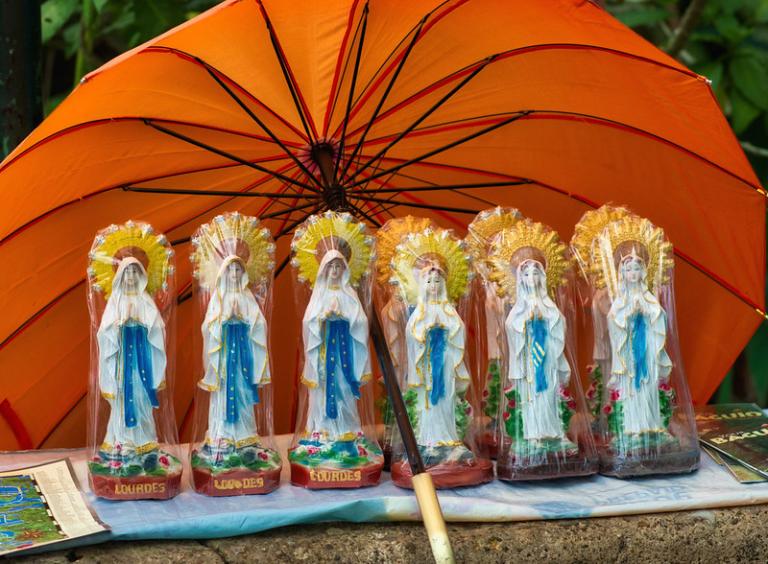 Pronounced mir-uh-kl not mir-ih-kl in American English, a miracle is a supernatural interruption of the natural course of things that cannot be explained by natural causes. All religions, except highly rational versions of any religion, affirm belief in the miraculous.

In religious literature the world over, there are four recurring types of miracle stories:

Birth miracles of a religious hero: a hero’s mortal mother is impregnated by a God; astronomical phenomena appear at a hero’s birth; an infant hero evinces signs of greatness (perhaps by talking or emitting a glowing aura that can be seen for hundreds of miles); spontaneous healing occurs in an infant hero’s presence. And so on. No religious literature suggests infant heroes miraculously leapfrogged over the diapering years.

Healing miracles performed by an adult religious hero: blindness is cured (not the general state of blindness but particular instances of blindness); lameness is cured (again, not generally but specifically); various consumptive disorders are remedied. And so on. No religious literature suggests anyone was ever miraculously healed of acne or male-patterned baldness.

Nature miracles performed by a religious hero or by a God: a religious hero makes rain; a religious hero stops rain; a hero calms an angry storm; an angry God floods the world by storm; a hero kills a tree or an animal with a word; a hero augments an animal’s strength with a word. And so on. No religious literature suggests natural disasters like hurricanes, earthquakes, viral pandemics, and species extinction were ever miraculously prevented.

Celestial miracles wherein a religious hero or some other person is taken to a heavenly or hellish realm by a celestial figure. No religious literature suggests a person of one religion was ever escorted to the heaven of another person’s (different) religion.

The Age of Rationalism brought with it a suspicion that miracles never did occur and never will. Some one put it succinctly:  ‘No miracle can occur and anything that can occur is no miracle.’

Many religions have rationalistic members who reinterpret the miracle stories of their tradition, but they do so in ways that they should deem as incredible as the miracles themselves. That is, rationalist in rleigions try to retain some trace of fact in miracle stories even as they deny the miraculous in the stories:

The baby hero indeed showed signs of perspicacity, but no miracles occurred.

The healed lame woman was on the mend even before the hero touched her.

The rain was imminent anyway.

That was a dream of heaven, not a visit.

But one must go all the way with miracles: either believe them all (even those of other religions) or disbelieve them all. If you believe one miracle you have no excuse for not believing all of them. Stopping mid-way between the two options is a miracle of rationalization—a true-blue spectacle.

April 18, 2020 God, The Accused, On Trial
Recent Comments
0 | Leave a Comment
Browse Our Archives
get the latest from
Humanist Plus
Sign up for our newsletter
POPULAR AT PATHEOS Nonreligious
1