Parade of the Fanatical Ignoramuses 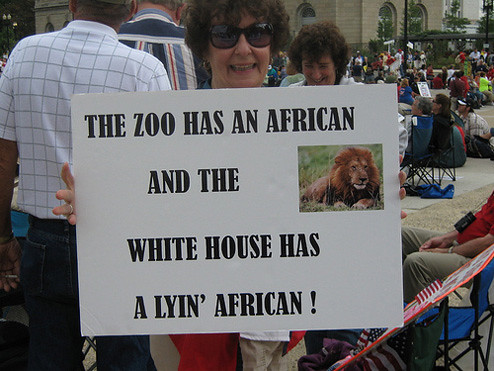 It is almost becoming a ritual in our house these days. At the end of a long day at work, the wife and I turn on MSNBC and watch, stunned, as Keith Olbermann, Rachel Maddow and Jon Stewart put on the parade of angry right wing lunatics. We sit, mouths agape, as we see manufactured rage at town halls over something tangential to health care, we see Glenn Beck weeping over something called “oligarhy” and a whole circus of birthers, deathers, truthers, tenthers, and every other sort of “-er” you can think of (except “thinkers”). Obama is a Nazi, or a communist, or the antichrist, or the Hamburgler, or whatever.

My wife can’t stand it anymore, and is more inclined to change the channel to the new show about hoarders on A&E. But I always like to watch my friends in the liberal media take down the hypocrites, the liars, the ignorant. Besides, at first they all seemed harmless, a silly distraction, the easily-provoked getting riled up by an otherwise impotent minority party. But the more I consider what I’ve been hearing, the more I sense a more fundamental problem with an aspect of American culture, something dark.

To give you an idea, take a look at this foreboding interview with Frank Schaeffer, a former founding father of the Religious Right and now impassioned critic of wingnut zealotry.

Schaeffer calls the angry fanatics “beyond crazy,” a “fifth column of insanity,” particularly in their enmity toward Obama (the original subject of the interview), but I think that lets them off the hook. He notes that this pseudo-fundamentalist subculture is conditioned to “reject facts,” and I think that gets closer to the point. The rage and racism (more on that word in a bit) here is the result of a willful ignorance on the part of millions who know exactly what they’re doing. They’re not insane, they are opting out of reality. 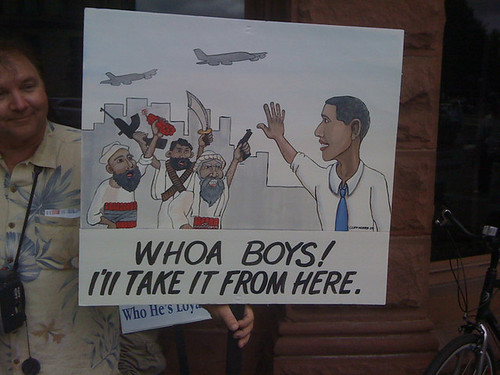 Schaeffer also notes that the Republican Party, languishing in the political minority, is “enthralled to this subculture,” and this is evident in the unwillingness of the more reasonable members of the party to take a stand against the hate and stupidity, as well as in the more knuckle-dragging members who dive head first into the filth, hoping to ride a mosh pit of bigotry and fear into a fixed position of consolidated power.

Which leads me, as one might guess, to Rush Limbaugh. I don’t care to simply quote mine Limbaugh to prove some kind of point about what a blowhard he is—this is like explaining that fire is hot. Instead, I want to use a recent diatribe of his as an example of exactly the kind of thing Schaeffer is talking about.

If you read any liberal-leaning blog, you already know about Limbaugh’s stupid tantrum about the white student who was beat up on a school bus by black students, in which Limbaugh belched, “We need segregated buses.”

This is revolting and offensive enough on its own, but a full reading of the transcript shows that this isn’t really what Limbaugh was getting at per se—don’t worry, I’m not defending him, because it’s really worse than you think. Limbaugh said:

It’s Obama’s America, is it not? Obama’s America, white kids getting beat up on school buses now. You put your kids on a school bus, you expect safety but in Obama’s America the white kids now get beat up with the black kids cheering, “Yay, right on, right on, right on, right on,” and, of course, everybody says the white kid deserved it, he was born a racist, he’s white. Newsweek magazine told us this. We know that white students are destroying civility on buses, white students destroying civility in classrooms all over America, white congressmen destroying civility in the House of Representatives. We can redistribute students while we redistribute their parents’ wealth. We can redistribute everything, just return the white students to their rightful place, on their own bus with bars on the windows and armed guards—they’re racists, they get what they deserve! …

… I wonder if Obama’s going to come to the defense of the assailants like he did his friend Skip Gates up there at Harvard.

It’s that term “Obama’s America” that kept haunting me as I heard this. That Rush Limbaugh and those like him harbor racist feelings and resentments is not news. But what is striking about this serving of rhetorical vomit is how it attempts to make white racism against blacks acceptable again, but uses a perversion of the phraseology of identity politics and manufactured umbrage. The important message of Limbaugh’s monologue is not “let’s bring back segregated buses,” it’s really, “You see? Black people have always been the problem!” He feels the racists have had their point proved: In Obama’s America, white kids get beat up and white men get blamed for everything, while their wealth is stolen by blacks (and gays). Another way he might have put it: “We let the blacks have a shot at being in charge, and now your kids aren’t safe from black people.” 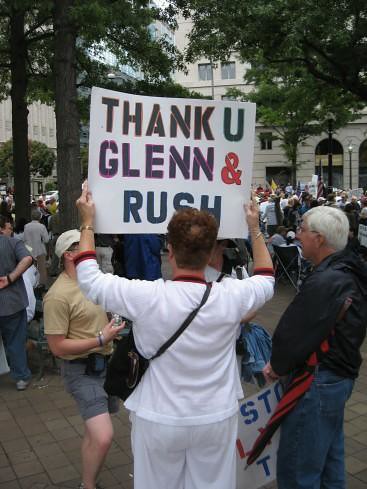 When Obama was elected, there was a lot of fuzzy talk about the beginning of the end of racism. But Limbaugh, Beck, and their ilk (and I specifically mean anyone in the Republican Party who will not totally renounce them), in what they are telling their stupid followers, are showing us the opposite—they’re trying to make the case that it’s okay to be racist again, because Obama is a Nazi/communist/black nationalist/foreigner/racist/Muslim/antichrist. You were right all along, these inexcusably abhorrent men tell their anti-intellectual swarms, so it’s okay to take this president down.

Frank Schaeffer said something else that is spot on, that we can’t “reorganize village life to suit the village idiot.” But we do have to wake the village up, assemble a legitimate town meeting, and make sure everyone knows that the village idiot has formed a posse, and it’s headed this way.

August 17, 2009
The Evolution of God: Brilliant and Maddening
Next Post

October 25, 2009 Lisa Miller Exorcises Her New Atheist Demons
Recent Comments
0 | Leave a Comment
"I know this is an old post....but I absolutely HATE my mac....much of it has ..."
annab Photo Management on the Mac Just ..."
"You sound like my son. I've loaned him a bunch of comics from the '60's ..."
Bob Jase Stuck Outside of the Comic Books ..."
"I always thought that Wells, otherwise a smart cookie, missed on the whole microbe thing ..."
Diamond Mike The Martians’ Singularity: Thoughts on “The ..."
"I feel your pain. I have always been an avid reader but a late entrant ..."
Mark in Ohio Stuck Outside of the Comic Books ..."
Browse Our Archives
get the latest from
Nonreligious
Sign up for our newsletter
POPULAR AT PATHEOS Nonreligious
1

John Ortberg: The Scandal That Just...
Roll to Disbelieve
Related posts from iMortal 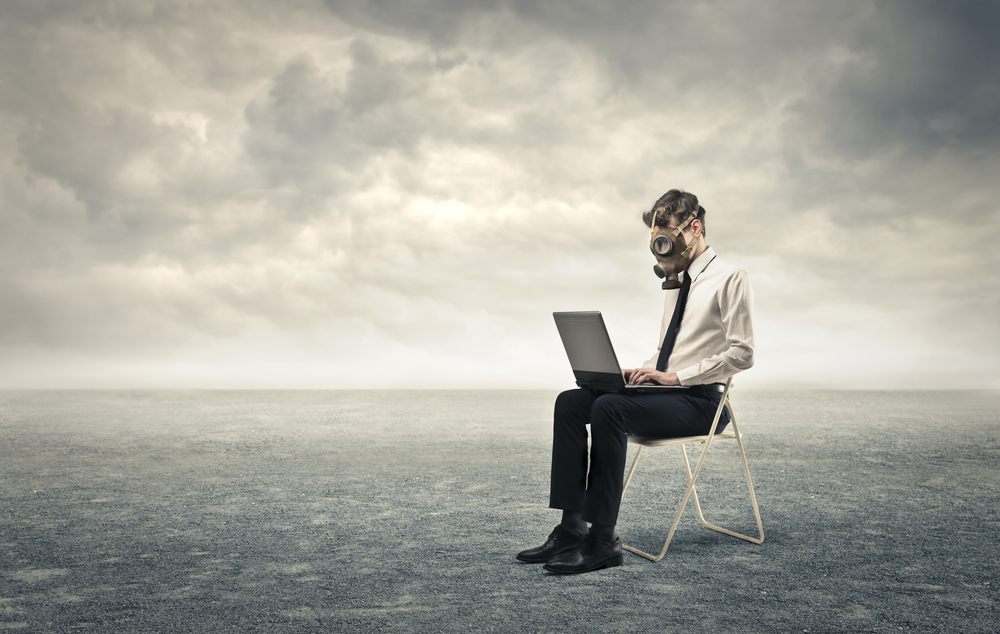 Nonreligious
As Ye Live, So Shall Ye Google
iMortal

Nonreligious
Disbelieving Outside the Lines
iMortal
TRENDING AT PATHEOS Nonreligious