Abuse on Twitter: Humans Can’t Always Just “Brush it Off”

People being assholes online is hardly new, though awful people using Twitter as a kind of heat-seeking missile to hurt people has only lately begun to rise to the level of a mainstream conversation.

There seem to be three legs to this stool: The responsibilities of the perpetrators of Twitter abuse, what the target of the abuse is obliged to either tolerate or resist, and what Twitter itself ought to be doing.

For leg 1, the people who use Twitter (or any medium) to hurt people’s feelings, to scare them, to threaten them, the answer is clear, and we need not dwell on it. They should drop dead.

Let us assume, though, that they will disagree with me and continue to both live and use Twitter as a vessel for their vileness. We have left legs two and three.

To get at leg 2, I recommend a conversation had on this topic on This Week in Google between hosts Gina Trapani, Jeff Jarvis, and Leo Laporte. Jarvis and Laporte, both of whom I admire very much, while sensitive to what (mostly) women endure online, seem focused on the idea of ignoring the abuse, blocking bad actors and not letting the harassment get to you, lest the bad guys win. (The exceptions Laporte makes are for actual threats of violence that warrant real-world intervention, and the kind of abuse that can harm his business, but that’s a different thing.)

It takes Trapani, however, to ground the conversation where I think it belongs, in the minds and perceptions of those who are not public figures, who have not signed up to be in the spotlight, and are human.

In the abstract, on paper, it sounds entirely reasonable to recommend simply brushing off the vitriolic spewings of idiots on Twitter. But as Trapani explains from her own experience when she first became a visible figure online, the utter onslaught of criticism, the “nitpicking” of every facet of her existence, was completely overwhelming. Again, she knows that she chose to be in this spotlight, and was able, over time, to become more or less inured to the attacks. But think of the countless (mostly) women on Twitter, especially now that the service is mainstream and not a geek/niche platform, who suffer the same level of abuse that a public figure might. Now tell me they should just brush it off.

Because we are humans, you see. It’s not enough to say we ought simply process the data and coldly weigh the costs and benefits of every action and then act for the optimal outcome. “Too much abuse? Block, put it out of your mind, and decide not to be affected.” It simply doesn’t work that way for human beings with feelings and memories and psychological baggage and hearts. When we’re attacked, either in person or through bits, we feel it, physiologically. We experience real emotions like fear, self-loathing, and depression. Whether the abuse is “genuine” or a real-world physical threat is beside the point. We’re not the computers.

I’ve felt fear from the Internet, and it’s the same feeling as fear in meatspace. And I’m not a real target, not like so many (mostly) women are. I can’t imagine turning that fear up by several orders of magnitude, just so I can be free to tweet.

So what ought the targets do? They ought to have a service that does a hell of a lot more to both be safe and feel safe.

This is leg 3: What Twitter ought to do about all this. Trapani and Jarvis both note that there simply must be algorithmic things that Twitter can implement to at least begin to create a safer online space. But to get a more concrete idea, I recommend a post by Danilo Campos titled, appropriately, “The Least Twitter Could Do.” He has some concrete ideas about the steps Twitter could take, such as allowing users to set an auto-block threshold for users with few followers, or blocking any account that a certain number of one’s friends have blocked. Campos says these are only “band-aids,” but they’d be something. And it’s not clear to me at all that Twitter has taken this seriously yet.

Hey, I get it, they’re Silicon Valley, libertarian, information-wants-to-be-free types. But again, we’re talking about people, not machines, not startup manifestos or mission statements. Twitter’s got its infrastructure, its platform, its cultural power, and lots of engineering talent and money. It now just needs to give enough of a damn. 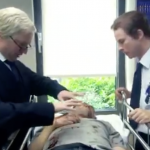 August 1, 2014
Quick! Get This Man to a Homeopathic Hospital!
Next Post 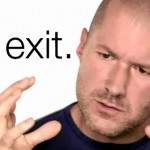 August 2, 2014 Petition to "Free" Jony Ive May Destroy the Universe
Recent Comments
0 | Leave a Comment
"I know this is an old post....but I absolutely HATE my mac....much of it has ..."
annab Photo Management on the Mac Just ..."
"You sound like my son. I've loaned him a bunch of comics from the '60's ..."
Bob Jase Stuck Outside of the Comic Books ..."
"I always thought that Wells, otherwise a smart cookie, missed on the whole microbe thing ..."
Diamond Mike The Martians’ Singularity: Thoughts on “The ..."
"I feel your pain. I have always been an avid reader but a late entrant ..."
Mark in Ohio Stuck Outside of the Comic Books ..."
Browse Our Archives
Follow Us!

NSA Spent $100 Million to Spy On Us,...
A newly declassified report evaluating a program the NSA runs to track...