“Weird Al” Yankovic was the first “popular music” I ever liked. Well, him and the Monkees, because I was a kid. From a young age I felt alienated from what I knew of pop music: Rock was aggressive and threatening (to me), and Top 40 pop was dopey. At the age of 8 or 9 or so, I really didn’t know much else (save for the Beatles, which were more like a cultural force of good than a “rock band,” revered in our house even if I was too young to appreciate them. They didn’t count).

Weird Al gave me an avenue into pop music by mocking it. With Weird Al, I could enjoy the tunes and arrangements and harmonies of songs like “I Think We’re Alone Now,” and still stay “above” them, at a distance, with the parodized lyrics. Thus, “I Think I’m a Clone Now,” which is brilliant. Rock and pop became safe, in disguise.

Apparently, I’m not entirely alone in this. Sasha Frere-Jones at The New Yorker writes of how Weird Al makes pop music okay to like:

Anxiety starts early for pop audiences. For decades, I have had twenty-somethings tell me that they don’t know what’s on the charts, haven’t listened to any new artists since college, and don’t “know anything about music.” They feel confused by how quickly the value of their knowledge of what’s current fades. Weird Al’s songwriting process, almost without exception, is to confront that anxiety and to celebrate it. Yankovic will take a mysterious and masterful song and turn it into something mundane and universal.

These twenty-somethings are where I was when I was nine, except I of course didn’t feel like I had grown out of touch with age, but that I was already alienated from pop music from the start (I came around, FYI).

For those who feel ashamed to play a chart hit, or possibly even hate the chart hit, Yankovic offers an opportunity to have your cake and eat it.

Indeed part of my 9-year-old’s alienation was fueled by embarrassment. Not because the songs were necessarily “beneath” me and my refined tastes (I also played over and over the Transformers The Movie soundtrack), but because I felt out of my depth as a small kid even taking part in the more adult (or at least teenage) scenarios portrayed in popular music. What if someone saw me enjoying “Bad” or “Beat It”? I felt silly. Al was silly, which made it okay.

Here’s an important aspect to this, from Frere-Jones again:

None of these parodies would work with weak songs; he chooses ones with strong melodies and distinct personalities.

Right. The hits he parodies are hits for a reason. Even if their subject matter is vapid, the original songs themselves are often refined and crafted to within an inch of their lives to be pleasing and evocative. So even if you’re horrified by the words of “Blurred Lines” (as I am) you can indulge in its grooves and melodies with “Word Crimes,” and avoid the guilt over digging a song that reads like a rape threat.

This is also why his polka medleys work so well. Though not lyrical parodies, lots of popular, hook-filled songs mashed together and played at frenetically and joyously is often an enormous delight. It’s like a buffet of hits.

I have lost the obsession with all things Al that I had as a kid, and sometimes I see his work as kind of weak (his New Kids parody “The White Stuff” and Chili Peppers lampoon “Bedrock Anthem” spring to mind). But I’m so glad he’s still doing what he’s doing. I’m surprised frankly that someone else hasn’t sprung up to steal his shtick in all the time he’s been around.

Maybe it’s because so far he’s the only one who’s been able to own uncoolness so entirely, and so totally unironically. And come on, the last thing we need is some above-it-all hipster version of Weird Al. 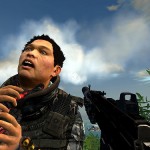 August 15, 2014 This Isn’t Self-protection; It’s Cosplay
Recent Comments
0 | Leave a Comment
Browse Our Archives
get the latest from
Nonreligious
Sign up for our newsletter
POPULAR AT PATHEOS Nonreligious
1 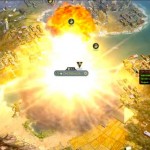 Nonreligious
Is it Okay to Drop Virtual Nuclear Bombs?
iMortal 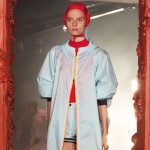 Nonreligious
How Mars One is Like a Björn Borg...
iMortal
TRENDING AT PATHEOS Nonreligious