Let’s Agree to Disagree with Those Other People: The Stifling of Meaningful Dissent Online

Let’s Agree to Disagree with Those Other People: The Stifling of Meaningful Dissent Online August 30, 2014 Paul Fidalgo

A recent study from Pew that’s getting a lot of attention suggests that social media use is contributing to a dynamic in which people are afraid to express opinions that might dissent from what appears to be the majority consensus both on and offline. It appears as though Facebook, Twitter, and other social media lead people to be afraid to disagree out loud both on these platforms and in real life.

The pushback against this that I’ve heard amounts to some version of this: “That can’t be true, people are arguing all the time online!” This anecdotal observation means, I suppose, that the study is bunk.

But I don’t think so. Believe me, I understand that there is a lot of disagreeing and arguing and dissenting online. But I think it’s largely between networks of people as opposed to within them. Perhaps the most obvious example from my own skepto-atheist experience is the nightly volley of tweets between atheists and religious believers, where each side is batting debate points back and forth over the answer to Life, the Universe, and Everything.

But these aren’t friends or amiable acquaintances having a thoughtful disagreement. These are people who are more or less strangers to each other, shelling one another with 140 characters’ worth of theological (or atheological) rhetoric.

No one in these debates need muster the courage to stand against the prevailing opinion of the crowd, as everyone knows where everyone stands before the argument even begins. The same can be said for much of what passes for “debate” online. Liberals versus conservatives is an easy example. If progressive activist X gets into a Twitter tit-for-tat with religious right crusader Y, it’s not an act of bravery on either participants’ part, but a chance to showboat. And that’s fine.

Someone who has a disagreement within their own circles, though, does face a tougher situation than they might have in the days before social media omnipresence (and near-omniscience). If someone has a different political point of view on a certain issue from most of their friends, it can take a little steeling of the spine to bring it up, and for most of recent history, this could be confined to a conversation among friends at a party or over drinks. If there was blowback or discomfort, the blast radius was limited to a few folks and in an isolated occasion.

Today, however, say something that doesn’t jibe with your circle’s line of thinking on a touchy subject, and you can expect all hell to rain down upon you from friends, friends-of-friends, and anyone else whose social Venn diagram even slightly butts up against theirs. Depending on the subject and the opinion in question, the reaction can be intense, hostile, overwhelming, and ultimately silencing. I know this phenomenon has made me rather hesitant, which is part of what made it so difficult to post my previous article, as it dissented with what many of my friends believed (apparently very strongly). As of this writing I still haven’t even tweeted out the link myself.

And where it really gets interesting is how this spills over into meatspace. Give it a moment’s thought, and you can see how the stultification of dissent online can effect one’s in-person interactions. Everyone you know in real life is probably also connected to you online, and will more or less instantly become aware of any meaningful disagreements on sensitive issues, as well as aware of the torrent of pushback one receives online as a result. Your real-life friends, in other words, will both know you think differently about something and see how you’re being pilloried for it. This, I can imagine, makes both parties – the dissenter and the members of their networks – dubious about the wisdom of opening one’s mouth. Plus, any dissent aired solely in meatspace can quickly find its way online by way of someone else’s reporting of it.

At the same time, the social rewards of being part of a cohesive group with a strongly-held, identical opinion on an issue are also apparent. You are safe within your own camp to lob snark, sarcasm, talking points, or missives of righteousness to the opposing camp (which is equally cohesive) or at some other poor sucker who was damn fool enough to disagree with his of her friends. If they still are friends, because of course they now hold the wrong opinion about a Very Important Issue.

Freddie deBoer recently noted how this phenomenon spoils online discourse, not just in debate, but in all manner of expression:

The elite internet is never worse– never– than when the people who create it decide that so-and-so is just the worst. When everybody suddenly decides that someone is a schmuck, it leads to the most tiresome and self-aggrandizing forms of groupthink imaginable.

So yes, there is plenty of argument online. But actually relatively little open disagreement. The disagreement most people who sneer at this study are observing is really just agreement on the position that those other people (or that one poor dumb bastard) on the other side are wrong.

It’s people, astride very tall horses, agreeing at other people. 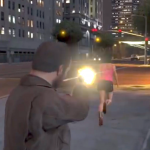 August 27, 2014
The Brutalization of Women in Video Games, and its Apologists
Next Post 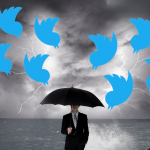 September 1, 2014 Learning Not to Be Tormented by the Twitter Torrent
Recent Comments
0 | Leave a Comment
Browse Our Archives
get the latest from
Nonreligious
Sign up for our newsletter
POPULAR AT PATHEOS Nonreligious
1

Deconversion: Brett McCracken Gets It Completely...
Roll to Disbelieve
Related posts from iMortal