What would iMortal be if it didn’t feature a discussion about the latest Apple product unveiling? A joke, that’s what. So I’ve assembled a super-team of tech enthusiasts to talk about the new religious artifacts introduced by Apple on September 9, 2014: the iPhone 6 and 6 Plus, Apple Pay, and the Apple Watch. Here’s the SoundCloud link if you just want to get right to it, and here’s the direct download link.

I’m joined by Matt Licata, Chris Sawyer, and Ken Kennedy, all of whom were guests on my old show the Obcast. Matt and Chris previously joined me for a similar discussion last year when Apple unveiled the iPads Air and Retina mini, and you can listen to that here. Ken’s a new addition, as he comes from the Android side of things, which is a really useful perspective.

While an official iMortal podcast is “in production,” this is an informal conversation for the fun of it. It’s more or less recorded straight from the Skype call with very, very little editing. I think it’s full of great stuff, with really good insights on the whole universe of personal technology from some very smart and informed folks. (Although there are obviously some strong feelings about hipocrisy about tablet sizes.)

It runs just under an hour and 40 minutes, for a full serving of Apple-chat goodness. I hope you enjoy! 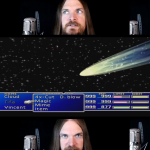 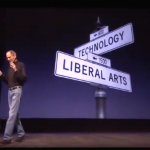 September 11, 2014 The Waning Religious Experience of Apple Keynotes
Recent Comments
0 | Leave a Comment
"I know this is an old post....but I absolutely HATE my mac....much of it has ..."
annab Photo Management on the Mac Just ..."
"You sound like my son. I've loaned him a bunch of comics from the '60's ..."
Bob Jase Stuck Outside of the Comic Books ..."
"I always thought that Wells, otherwise a smart cookie, missed on the whole microbe thing ..."
Diamond Mike The Martians’ Singularity: Thoughts on “The ..."
"I feel your pain. I have always been an avid reader but a late entrant ..."
Mark in Ohio Stuck Outside of the Comic Books ..."
Browse Our Archives
get the latest from
Nonreligious
Sign up for our newsletter
POPULAR AT PATHEOS Nonreligious
1