My amazing and talented wife Jessica recently did some voice work to help another actress prepare for a film, for which she was paid. She was told today, however, that the film project had been canceled. This, of course, happens sometimes, and it’s not has though Jess was going to be in the thing, so no harm, no foul for her.

But then she admitted to me that she felt a twinge of guilt for accepting payment for her work now that the film won’t actually go into production. When she said this to me, I think my eyes bugged out of my head, and I may have dropped whatever I was holding. Had I been sipping a beverage, I probably would have done a spit take over my laptop keyboard, necessitating a puppy-dog-eyed trip to the Genius Bar.

Guilty? For being paid for your work? I made the comparison to someone who might have built an object: If someone had constructed a set piece for the film, and the film was canceled, no one would think that the builder shouldn’t be paid. Work done is work done.

But somehow with artists, I think particularly performing artists, there is a feeling that what we do doesn’t really count as work, and that if we happen to get paid for it, it’s just icing. A happy coincidence.

Part of this is fueled by raw economics. The supply of performers (actors, singers, dancers, etc.) is far, far, far greater than the demand for them, which leads to performers doing ungodly amounts of work for nothing, and in many cases, actually paying to work in order to get “experience,” get “exposure,” and really, get “exploited.” (Say the word “showcase” to an actor and see if you can detect them dying inside.)

There’s also something about the evanescence of performance work, particularly live performance. You do it, and the work then flitters off into the ether, perhaps captured in recordings or memory, but now passed.

Finally, there’s the trope that’s related to the idea that one must “do what you love,” which can easily be misinterpreted as “since you love doing it, doing it is payment in itself.” Actors and other performers are made to feel that they are privileged just to be allowed to ply their craft at all, and that it is only a rarified few who should deign to feel entitled to compensation for it. It can feel to some as almost impolite to expect to be paid for performance-art work.

And I get it. I have been there. As someone who is usually drenched in self-loathing, I know what it is not to value one’s own labor. Adulthood and the oppression of debt and expenses has changed me a great deal, however, plus I’ve been out of the performing arts workforce for several years now. Raw necessity has hardened me somewhat when it comes to expecting fair compensation, even for work that I might do on my own time for nothing anyway. (Music, for example.)

Here’s the key difference: If I choose to do creative work on my own (and on my own terms) for no payment, all for me, that’s my decision. If you want me to do similar work for you, on your terms, you must pay me. The two are not related, but we sensitive artists types are primed to conflate them.

Back to Jess. Her work in this case was not even “performance” per se, but using her talents to help another performer with their vocal work. It was a kind of training. So it’s not even as though she got the chance to spread her creative wings and practice her craft at its fullest for the sheer joy of it. She did contract training work. And yet she still felt bad for accepting her compensation.

It makes me more than a little angry that our culture has been set up this way, so that my brilliantly talented and already overworked wife would feel bad for being paid for her services, done in her extremely scarce spare time. And it happens to all manner of creative professionals, not just performers but writers and designers too. Because it’s “creative,” it doesn’t count as real work.

Get paid. If you also happen to enjoy that work? That’s the icing. And it’s irrelevant. Get paid fairly for your work and treat it like the business transaction it is. Everyone else does. 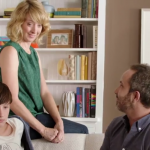 November 6, 2014
Amazon Puts the Eye of Sauron in Your House
Next Post

November 13, 2014 The Martians' Singularity: Thoughts on "The War of the Worlds"
Recent Comments
0 | Leave a Comment
Browse Our Archives
Follow Us!