Patrick Stewart and the Shame of Bullying

Patrick Stewart and the Shame of Bullying November 20, 2014 Paul Fidalgo

I was rather moved when I saw this tweet yesterday.

When I was a child at times I was a bully – and I’m ashamed. http://t.co/67ag01Mghb #NoBystanders #StopBullying

It’s already heartening to me to see celebrities that I highly respect stand up for a cause that feels so personal to me, to see smart and powerful people acknowledge that the torment that so many kids endure at the hands of their peers is genuinely damaging, and a crisis worth mustering resources to stop.

But he didn’t just support the cause. He owned up to his own culpability. I’ve done some Googling around, and not found any instances of Stewart elaborating on his tweet (“at times I was a bully”), so I can’t say just how much of a bully he was or wasn’t. Did he tease once in a while? Join in when others started taunting someone else? Or a prime source of harassment? I don’t know. But that doesn’t really matter.

Listen, ever since I got out of that environment, I cannot recall a single instance of anyone – anyone – admitting they were a bully, to any degree. I may have heard from people I didn’t go to school with some minor variation on “Yeah, I teased some kids, but that’s just kids being kids.” But I’ve never heard of anyone saying, “I was a bully and I am ashamed of it.”

And I’ve certainly never heard it from any of the people who tormented me. And there were lots of them, but not a one has ever said anything. I do not expect and never have expected them to.

But here we have Sir Patrick Stewart, one of my heroes, as both an artist and an activist, actively working to combat bullying, and saying flat out, “When I was a child at times I was a bully – and I’m ashamed.” He’s saying I did it and it’s not okay. It’s not just kids being kids. And he didn’t just say he regretted it, or that it was a mistake. He feels “ashamed,” he carries the feeling with him today.

Maybe it’s silly that it means so much to me that he’s said this. But it really does. 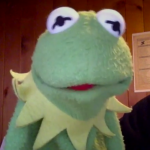 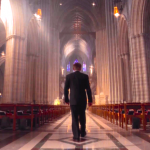 November 22, 2014 The Superhero America, with its Systemic and Infrastructural Problems, Deserves
Recent Comments
0 | Leave a Comment
"I know this is an old post....but I absolutely HATE my mac....much of it has ..."
annab Photo Management on the Mac Just ..."
"You sound like my son. I've loaned him a bunch of comics from the '60's ..."
Bob Jase Stuck Outside of the Comic Books ..."
"I always thought that Wells, otherwise a smart cookie, missed on the whole microbe thing ..."
Diamond Mike The Martians’ Singularity: Thoughts on “The ..."
"I feel your pain. I have always been an avid reader but a late entrant ..."
Mark in Ohio Stuck Outside of the Comic Books ..."
Browse Our Archives
get the latest from
Nonreligious
Sign up for our newsletter
POPULAR AT PATHEOS Nonreligious
1

The Two Factions Forming in the...
Roll to Disbelieve
Related posts from iMortal