Trying to Be a Phablet Guy, with Little Hands

Trying to Be a Phablet Guy, with Little Hands December 5, 2014 Paul Fidalgo 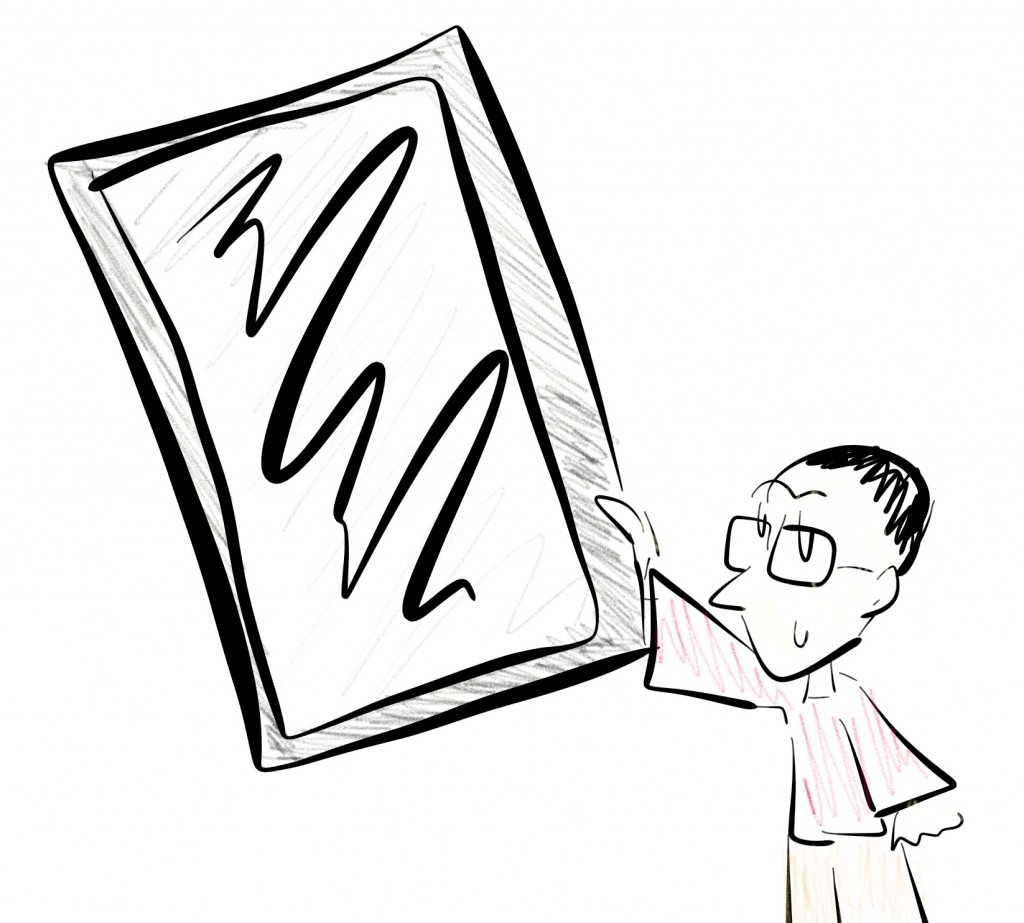 Is it time to jump on board the phablet bandwagon? I’ve never owned one of these large phones before, being cursed with wee mitts, but I’ve always been a little googly-eyed at the idea of a portable large-screen device. I was one of the few who, when the first Samsung Galaxy Note was unveiled, didn’t think it was ridiculous like many (most?) people did, but instead found it very tempting. It’s a few short years later, and now we have the iPhone 6 Plus and the Nexus 6, and something the size of the original Note is now considered medium-sized. The times are changing, and the benefits of a bigger screen are, for many, outweighing the ergonomic costs, but I still had yet to really get some time with one of these behemoths. I’d gotten to play with phablets a bit in carrier stores, but they’re always clapped in irons as it were, laden with bulky anti-theft locks, making their true usability entirely unknowable.

But this week I got to play for about a day with an elusive OnePlus One, the mysterious phone that usually requires an invite procured by someone else. I got to use it for about a day (don’t worry about how – no one was hurt), and I was very ready to be totally bowled over by my first substantial use of a phone that more or less qualifies as a phablet, having a 5.5-inch display.

And it is a lovely piece of hardware. The “sandstone” back is comfortable and reassuring in its grippiness, the display is big, bright, and sharp, and the overall design of the device is really a departure from the svelte, featureless black, gold, or grey slabs we’re used to. It has recognizable “segments” to its chassis, the display is in a way “mounted” to the body of the phone, and it looks and feels almost like a classy, retro-futuristic appliance. And I mean that as a high compliment.

The phone is also very fast and responsive (it’s also rather affordable if you’re in the market and can manage to get an “in” with them), and the Cyanogen build of Android that it runs is full of useful and subtle features that never get in the way of the core Android experience. It’s a magnificent device in almost every way.

Except it is too damn big. For me.

The OnePlus One is comparable in size to the iPhone 6 Plus, with a genuine heft, which is fine. And really, one gets a phone like this presuming that one-handed use will be extremely limited. You know you’ll mostly be using it two-handed, and you just accept it. But with the OnePlus One, with my little hands, I could do almost nothing with it one-handed, despite all the help that CyanogenMod and the device provide with extra gestures and customizable buttons. Given its size and its weight, with one hand I was effectively limited to one of which ever lower quadrant of the display was closer to my thumb, depending on which hand I’m holding it in. I could barely use the keyboard, and mostly I could scroll, and that was about it. I didn’t need more than a day to realize this would never work long-term.

It was a little disappointing, to say the least, because I thought I’d really take to the whole phablet thing, and that I’d whittle down the number of devices I’d want to have in my life, with the phablet obviating the need for something like an iPad. But there’s something particular about having something that’s a phone. If it’s a phone, I simply have to be able to do at least a few core things with one hand (especially since I’m a parent and I’m often wrangling tetchy toddlers), such as type or access a search text field. Otherwise, it’s not a large phone, but a too-small tablet.

This is useful, because it means I can take the Nexus 6 off my Amazon wish list, and more or less write off devices in the 5.5-inch range. Even my Nexus 5, which I adore, is a touch too big for me, but not so big that I can’t manage. That ergonomic trade-off is worth it.

But I still pine for the paradox of a giant display on a tiny device. I’m already more or less ruined for the old 4-inch iPhone-size display, and I think I might even find a 4.7-inch screen, such as on a first generation Moto X, an Xperia Z3 Compact, or an iPhone 6, a bit too cramped. 5 inches seems now to be a good middle-ground between ease of use for my little hands and the blessings of extra screen space.

I wanted to be a phablet guy, though. Maybe when the kids move out.

December 6, 2014 The Embassy of Google
Recent Comments
0 | Leave a Comment
"I know this is an old post....but I absolutely HATE my mac....much of it has ..."
annab Photo Management on the Mac Just ..."
"You sound like my son. I've loaned him a bunch of comics from the '60's ..."
Bob Jase Stuck Outside of the Comic Books ..."
"I always thought that Wells, otherwise a smart cookie, missed on the whole microbe thing ..."
Diamond Mike The Martians’ Singularity: Thoughts on “The ..."
"I feel your pain. I have always been an avid reader but a late entrant ..."
Mark in Ohio Stuck Outside of the Comic Books ..."
Browse Our Archives
get the latest from
Nonreligious
Sign up for our newsletter
POPULAR AT PATHEOS Nonreligious
1