The Embassy of Google 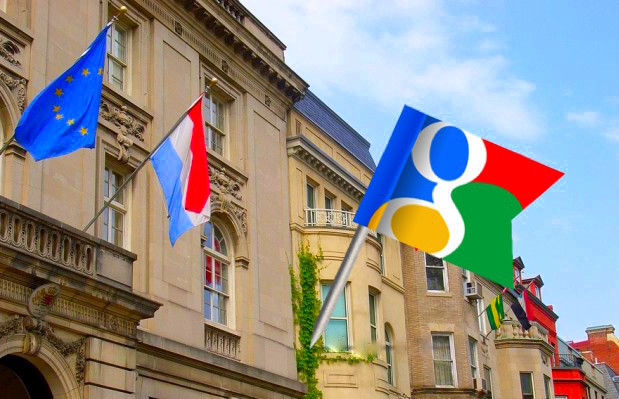 I really like Google+ for the most part (as much as I hate the name), and I find the interactions that I have there to be, on the average, much higher in quality than those I have over Facebook or Twitter. Part of that I know is because there just aren’t all that many people there, so there’s less noise in my individual feed, and those who are there are going to be, well, at least a little more like me: tech-enthusiast, early adopter, cultural geeks. I come across very little abuse or vitriol, and see almost none of the social signaling that is so prevalent, even defining, of the other platforms; the constant wearing one’s obviously-correct politics on one’s sleeve to show that one is on The Right Side of Things. On the whole, it’s calm, thoughtful discussion or commentary a given topic.

So why is that? Well, truth be told, it’s not that the political discussion I see on Google+ is somehow superior, but that it’s not really there at all. There’s not much in the way of social signaling of ideologies because that’s simply not what surfaces, and it’s not what I’ve chosen to have surfaced. Instead, I see a lot about tech and a bit about nerd culture. Perhaps if I followed (or in the G+ parlance, “circled”) more explicitly political individuals and groups I might see more of the eye-roll inducing things I find on Twitter, but I haven’t, so I don’t.

And thinking about it more, Google+ isn’t even really just about tech generally, but a particularly geeky view of tech. In other words, it’s a lot about things related to Google, at least at a secondary or tertiary level. It’s no coincidence that I became much more interested in Google+ when I first started using Android devices, lost interest in it when I moved back into an all-Apple ecosystem, and came back to it when I got back into Android. Google+ on Android is a fantastic place to read and talk about Google and Android.*

On This Week in Google on the TWiT network this week, Danny Sullivan of the site Search Engine Land made an astute observation, almost as a throwaway comment, but it stuck with me. He said:

Google+ is the Apple Store for Google.

Let me unpack why this is such an interesting thought.

I used to work at an Apple Store, and while there it became clear to me that while I’m sure Apple makes untold bazillions just off the in-person retail transactions that take place at its stores, these places serve a grander purpose.

Apple Stores are really Apple Embassies. Apple places these outposts in locations where human beings are already primed to spend money (malls, shopping districts, etc.), and in these locations they not only sell products but make the case for Apple as a whole. The employees are ambassadors and diplomats for Apple the quasi-nation-state, conducting negotiations, solving diplomatic crises, and establishing and building on relationships. I would bet you that the way Apple Stores have represented and delivered the message of the Apple brand has resulted in more revenue and growth than the raw sales of products that take place in those same stores. I can’t prove it, but I bet it’s true.

Google+ serves a similar purpose for Google, though unintentionally. It’s a meeting place for those who use and appreciate what Google does and its surrounding services and technologies. It creates a forum and meeting place that represents Google’s design aesthetic and preferred modes of communication, just as the Apple Stores do for Apple. It’s a walled garden, one that doesn’t interact particularly well with outside platforms, which is similar to Apple in a way, and actually an exception for Google generally, which usually makes a point of undergirding everything it possibly can across all of technology. And as for it being not a “real” place, it still works: Apple is about physical products, so it makes sense that its embassy is a brick-and-mortar retail location. It makes equal sense that Google, a software/cloud company, would have its embassy exist virtually, in a browser, in the cloud.

And while Apple likes its customers to give it a lot of money for its products, and is thus represented by a store, Google likes to give away its product, and instead consume its users data: opinions, interests, routines, etc., and so there is no monetary side to Google+.

So perhaps what might be best for Google+ is for its parent company to accept that it will never be a Facebook competitor, but that it does potentially serve an extremely valuable service as the Apple Store of Google. Perhaps it might have Google employees inhabit it specifically for the purpose of being available to users, maybe attach company-run tech support exchanges for help with Android, search, and other aspects of Google’s massive online existence. Perhaps the Play Store could be more directly integrated to the Google+ experience so that users could seemlessly purchase new content while its being discussed (or “plus–1’d”). If Google decides to embrace Google+ as its embassy, it might thrive in a whole new, and potentially more valuable way than they ever intended.

* I think it’s important to note that Google+ is also full of noise. Android-centric feeds and communities are chock full of pointless screenshots of home screens and launcher themes, there’s a lot of poorly-written garbage, and a lot of complaining about battery life and whether one’s Nexus device has gotten the latest software update with morally acceptable speed. 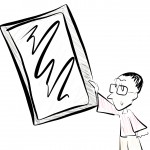 December 5, 2014
Trying to Be a Phablet Guy, with Little Hands
Next Post December 13, 2014 2014's Paradigm Shifts in Tech
Recent Comments
0 | Leave a Comment
Browse Our Archives
get the latest from
Nonreligious
Sign up for our newsletter
POPULAR AT PATHEOS Nonreligious
1