I’ve spent much of the final months of 2014 settling myself technologically. This, as you can imagine, is a Big Deal for someone as fussy about their tech as I am. As I’ve recounted on this site, I lost interest in being an iPhone user, and found myself irresistibly attracted to the beautiful cacophony coming from the Android space. Through a convoluted system of sells, trades, and deal-hunts, I experimented with several premium Android handsets, and at several points thought I had found The One (including the literal OnePlus One). I even had what I thought was a damned Rob Reiner-directed romantic comedy when I tried, abandoned, and then reunited with the Nexus 5. But there was to be one more part to that story.

Before all of this, I also looked to consolidate my devices, and reevaluate what I was really using them for. Earlier in the year, I swapped my iPad Air for an iPad mini 2, since at the time I was primarily using the iPad for reading. This also prompted me to sell my Kindle Paperwhite, because it was more or less redundant.

The times have changed. Here’s the new setup going into 2015, and I expect it to stick for a while. “A while,” for me, of course, could mean a few weeks. But it’s looking good for now.

Acquired early in the year, it’s my first new computer in a few years. It’s got the power, portability, and easy-on-the-eyes display that’s poised to last the next few years with aplomb. And I finally have a machine I can run the latest Civ on. 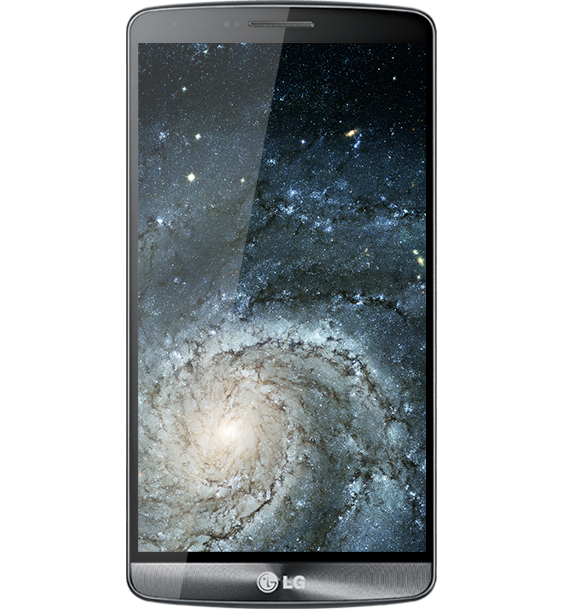 I tried this one on a lark, and it was a fine lark. Thin, light, and fast in performance. Its camera and battery life are not mind-blowing, but both very good and superior to the Nexus 5.

And most of all, that display. Now, many tech pundits keep telling us that “quad-HD” displays on smartphones are overkill, unnecessary drains on CPU power and battery life. 1080p is more than sufficient, they say.

Do not listen to these people.

The G3’s display is excellent, and its ultra-high resolution (538 ppi vs. the Nexus 5’s 445 vs. iPhone 6’s 326) makes it wonderful for viewing many things, but mostly for reading text. I admit that it’s as impossible to consciously detect pixels on a 1080p display (such as on the Nexus 5’s excellent display) as it is on the G3’s, but at a deeper level of perception, I’m aware of it. I can’t quantify it, but my body is definitely responding to the difference, even if I can’t specifically make out the difference is pixel visibility.

Plus, the LG G3 allows me to be the “phablet guy” I recently lamented I’d never be able to be, thanks to my wee little hands. The G3 is so well designed as a piece of hardware, that’s it’s essentially as easy for me to use one-handed as the Nexus 5 was. (As Marques Brownlee puts it, “DAT BEZEL.”) This is despite having a 5.5″ screen, the same as the OnePlus One that I couldn’t make work for me. The buttons being on the back of the G3 rather than the sides makes a big freaking difference. If the HTC One M8 had done the same, it might not have been such a dud for me.

The G3’s display size and resolution combine to make it perfect for one particular use-case: It’s just about the best “Kindle” I’ve ever used. It does not feel like reading off a smartphone, nor does it feel like you’re trying to palm a tablet. As a reading device, I’ve never used anything better, save for the benefits of having an e-ink display on a dedicated e-reader.

Add to this the fact that the G3 is fast and fluid, it’s a huge winner for me. I’m delighted with it. My only complaint is that the AT&T variant still doesn’t have Lollipop, and I’m too chicken to flash something onto it myself. But it hardly matters.

I’m going back to the original Air, though with more storage than I had before. Now that I’m a phablet guy, having a “mini” tablet became almost immediately ridiculous. This isn’t to say the difference between the two devices isn’t meaningful, but not meaningful enough. Like the Kindle before it, the iPad mini 2 has become redundant.

I’m replacing it with a used iPad Air (and not an Air 2 because there are almost none yet that are used, and I’m not made of money goddamn it) to return to my former iPad use-case: All the things you want to do on a computing device as opposed to what you have to. There’s still no better way to browse the web, watch video, or play games than on a full-sized iPad, and I am also betting that one of the reasons I’ve written less lately is because the tablet in my lap has not been large enough to invite off-the-cuff, in-the-moment jotting of ideas. I’m hoping that going back to regular-sized iPad will grease some creative wheels.

Now, there will be more overlap between the G3 and the iPad than there ever was when I was an iPhone user. The G3 straddles my invented line between “have to” and “want to,” as I really enjoy using it. But all the better.

Let’s see if I can settle down now, stop putting so much time and effort into getting the perfect tools, and start building something with them instead.

December 28, 2014
"Into the Woods": Thoughts on What's Been Changed for the Film
Next Post

December 30, 2014 Android Being a Profit Hole Sucks for Everybody
Recent Comments
0 | Leave a Comment
Browse Our Archives
get the latest from
Nonreligious
Sign up for our newsletter
POPULAR AT PATHEOS Nonreligious
1