Android Being a Profit Hole Sucks for Everybody

Android Being a Profit Hole Sucks for Everybody December 30, 2014 Paul Fidalgo 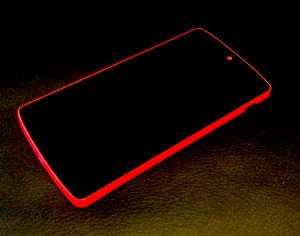 Analyst Chetan Sharma estimates that global profits in the Android hardware market for 2014 were down by half from the prior year — the first year that there has been any significant drop.

A lot of that is due to the big drop in profits at Samsung, the largest player in the Android market. China’s Xiaomi gained significant market share, but is only modestly profitable thanks to its slim margins. Meanwhile, other players like Sony and Motorola lost money in their Android-based mobile businesses.

That’s obviously of concern to the hardware companies, but it should also be worrisome for Google.

This should be worrisome to Google, but it’s also worrisome to me. As someone who uses and genuinely enjoys and appreciates both major mobile platforms, the idea that this whole Android thing might not be working out spooks me.

First off, a robust Android ecosystem forces Apple to compete and improve; it’s the bar Apple must clear to maintain its reputation as the best in the mobile space (and even I as a happy Android phone user can say that overall iPhone is the generally superior hardware platform for most normal users). iPhone/iOS gets better in large part because Apple works to provide a superior experience to Android – and note that it’s iPad that’s seen the least innovation, and there is no meaningful competition from Android in its price range (at lower price points there are some excellent Android tablets like the Fire series and Nexus 7, but Apple doesn’t play in that part of the market). With no strong Android ecosystem, Apple is free to navel-gaze…more than it already does. I want better iPhones, so I need manufacturers to make great Android phones.

Now, Google could pull an Amazon, and ramp up the manufacture of its own hardware, sold at more or less a loss. For Amazon, that gets more people shopping its store. For Google, loss-leader Android devices would put Google services in front of more people. But that’s a tall order for a company that’s not really a hardware company, and usually partners with myriad manufacturers to build its Nexus devices.

But there’s also tremendous value in the battle to stand out within the Android space. Motorola battling Samsung battling HTC battling LG spurs all of them to outdo each other. Sometimes you get clusterfuck devices as a result, other times you get brilliant pieces of tech, like my new beloved G3. A Nexus-only Android world would be in big danger of stultifying, save for competition with Apple, but that would likely become a software-only fight, where Google would have no choice but to sell cheap, uninspiring hardware. I want awesome Android phones, and that means Android phones need to be profitable to make.

So what’s going on? Is it simply a matter of insufficient numbers? Because it seems like devices like the HTC One M8 and the Moto X, while not selling at Samsung levels, ought to have been enough to be in the black. It seems that way, but obviously something is up. Is it that the flagship phones are profitable, but the glut of midrange bricks don’t pull their weight? Is it the other way around, where marketing power is thrown at high end devices, but all for nothing, when all the money is in cheap phones? Whatever it is, I hope they all figure it out.

And speaking of “cheap” and “flagships,” this makes me wonder: is OnePlus profitable? Answer: Yes, sort of, barely.

January 1, 2015 Considering Podcast Version 3
Recent Comments
0 | Leave a Comment
Browse Our Archives
get the latest from
Nonreligious
Sign up for our newsletter
POPULAR AT PATHEOS Nonreligious
1